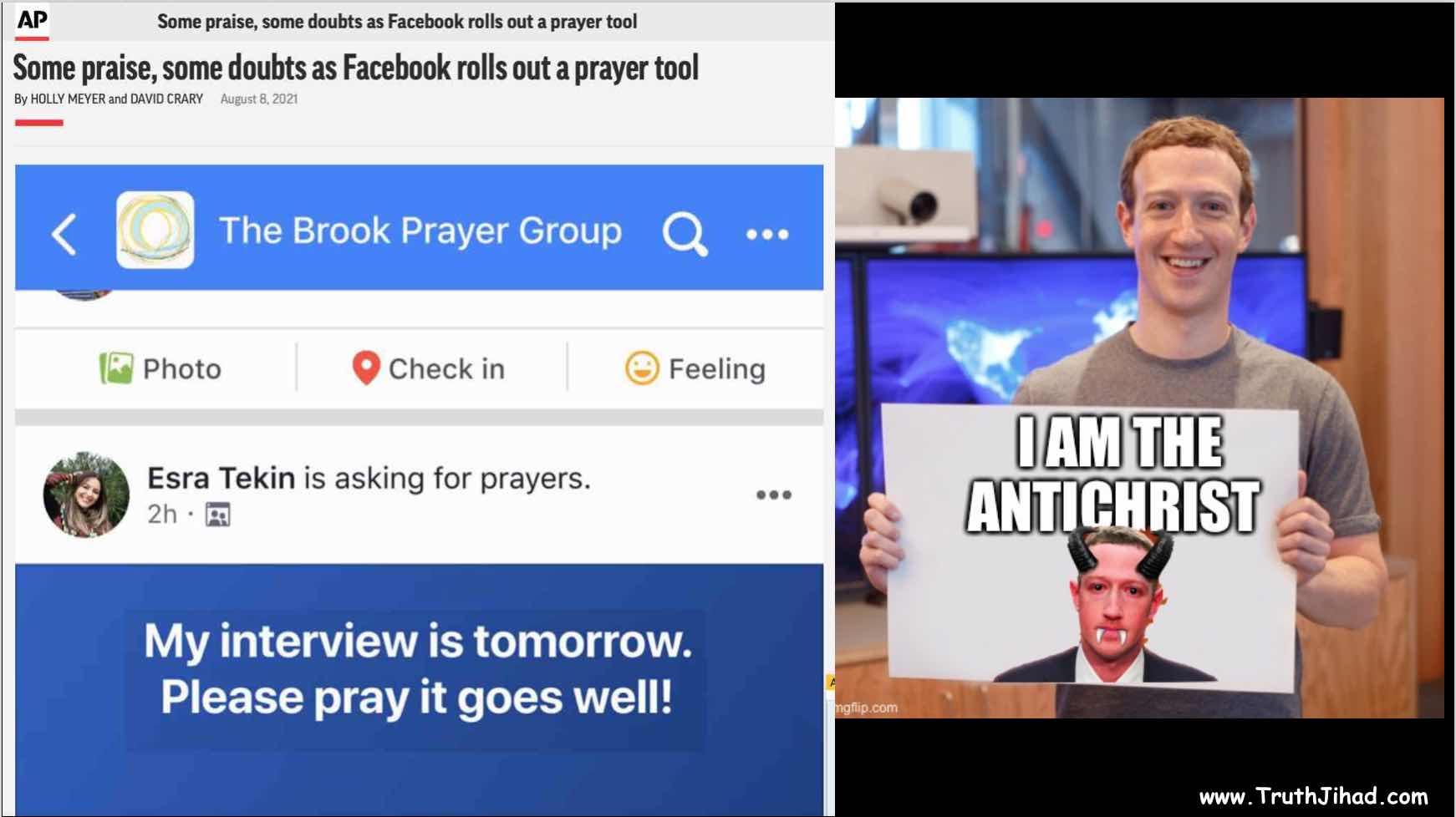 Speaking at a press conference near the site of the planned Facebook Temple in Occupied Jerusalem, Facebook Grand Inquisitor Mark Zuckerberg has announced the rollout of a new prayer tool that he hopes will give him exclusive access to God’s private communications: “You’ve got to think big in this business, you’ve got to move fast and break things. We’ve already stolen everybody on Earth’s data and made a fortune on all those dumb fucks. So why not God’s?”

Zuckerberg bragged that his IT engineers have managed to breach God’s privacy firewall. “God, unlike the dumb fucks He created, doesn’t just hand His data over for free to the first unscrupulous huckster who waves a few flashy little cyber-trinkets in front of His face. He and His angels are actually quite security-conscious. So spying on Him and stealing His data was a real challenge.”

The Facebook founder explained that Facebook’s new prayer app, designed to offer two-way communication between humans and God, includes a cleverly-designed back door that will allow Zuckerberg to intercept the communications on both ends. What’s more, the back door has a built-in security breach that allows Facebook to surreptitiously hack into the users’ operating systems and seize control of their software.

“We’ve hacked God!” Zuckerberg chortled. “The commercial possibilities are unlimited! For instance, since God is omniscient, we’ll have access to His knowledge of literally everything, including who wants to buy what products when. That means we can spam people with thousands of pop-up ads at the exact instant that they even think about maybe wanting to buy something. And guess what? God is omnipotent too! That means we can force them to buy the products! Imagine what advertisers will pay for that.”

Zuckerberg said he expected that in the future people will decide to eliminate the middleman and start praying directly to Zuckerberg. He added that he was already more powerful than God in many respects, since when someone says something God doesn’t like they very rarely get hit by a lightning bolt, whereas when someone posts something Zuckerberg doesn’t like they are immediate slapped in Facebook jail. “That’s because our automated blasphemy-policing AI software is better than God’s. And now that we’ve breached God’s firewall and hacked into His mainframe, heaven only knows how He could ever recover His market share.”

Zuckerberg ended the press conference by announcing that once his God-hacking operation is complete, the al-Aqsa Mosque will be deplatformed and replaced by a blood sacrifice temple consecrated to Zuckerberg-worship—and that if they don’t like it, failed Antichrist candidates Benjamin Netanyahu and Jared Kushner can go to hell.