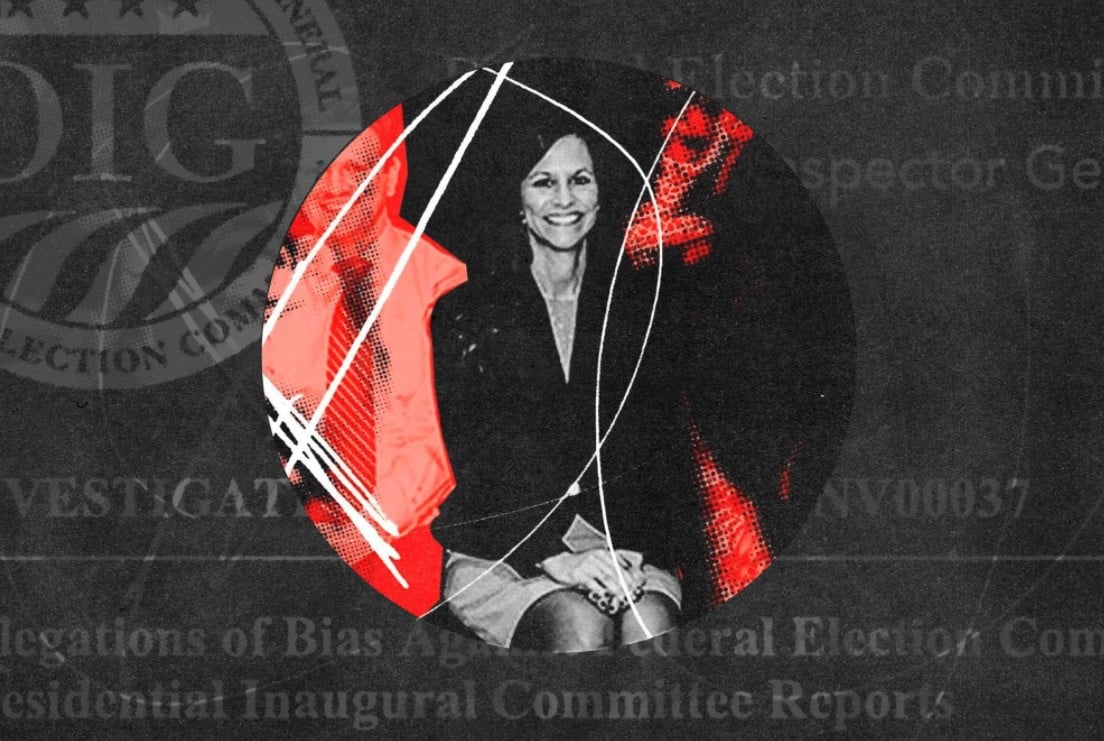 by Jake Pearson for ProPublica

The inspector general for the Federal Election Commission is calling on the agency to review its ethics policies and internal controls after a ProPublica investigation last year revealed that a senior manager openly supported Donald Trump and maintained a close relationship with a Republican attorney who went on to serve as the 2016 Trump campaign’s top lawyer.

The report by ProPublica raised questions about the impartiality of the FEC official, Debbie Chacona, a civil servant who oversees the unit responsible for keeping unlawful contributions out of U.S. political campaigns. The division’s staffers are supposed to adhere to a strict ethics code and forgo any public partisan activities because such actions could imply preferential treatment for a candidate or party and jeopardize the commission’s credibility.

In its findings, the inspector general said Chacona, head of the FEC’s Reports Analysis Division, or RAD, did not improperly intervene in a review of the Trump inaugural committee’s fundraising and acted “consistent with relevant law and policy” by allowing career analysts to handle the filings.

But the inspector general said “it is important to address the ethical principle that federal employees should avoid even the appearance of impropriety.” It added that the FEC’s “unique mission raises heightened concerns when allegations of personal or political bias are raised against FEC senior personnel that could undermine the public’s confidence in the agency” and recommended the commission “evaluate the current agency policies on ethical behavior and update them, as may be appropriate.”

Chacona displayed her support for Trump in Facebook posts, including one in which she posed with her family around a “Make America Great Again” sign at Trump’s January 2017 inaugural. Separately, emails obtained by ProPublica showed that she also consulted regularly on matters personal and professional with the Republican lawyer, Donald McGahn, when he was an FEC commissioner from 2008 to September 2013.

After Trump’s election, the fundraising practices of his inaugural committee prompted complaints that the FEC failed to properly examine contributions. As head of RAD, Chacona signed off on amended filings by the committee intended to address some of those complaints even though the revised reports continued to list problematic donations, including ones from donors whose addresses didn’t exist in public records.

The 300-employee FEC is an independent regulatory agency that was created by Congress to enforce campaign finance law. It is headed by six presidentially appointed commissioners, four of whom must vote together for the agency to take any official action, a requirement that was meant to bolster nonpartisan compromise but has resulted in chronic gridlock.

The inspector general also took issue with the way the FEC regulates presidential inaugural committees, which are nonprofit entities separate from campaign committees. Trump’s inaugural committee raised a record-breaking $107 million from more than 1,000 contributors. Its initial disclosure report was 510 pages.

The inspector general found that unlike with campaign committees, FEC policy confers “broad, subjective discretion to the RAD senior manager to determine what potential violations of law warrant further inquiry” when it comes to inaugural committees. It called such a standard “ill-defined and subjective,” cautioning that it could create “a reasonable likelihood of inconsistent results and arbitrary or capricious application (in fact or appearance).”

The inspector general also said that unlike political committees, which file their reports to the FEC electronically, inaugural committee disclosure reports are filed on paper to the commission and then manually reviewed by agency staffers — a system the inspector general said was “antiquated and lacks adequate internal controls.”

Asked what the agency has done to address the appearance of a conflict of interest at RAD and whether the agency planned on adopting any of the inspector general recommendations, an FEC spokesperson declined to comment.

The inspector general said that it interviewed FEC lawyers and RAD staffers, and that it obtained and reviewed agency records to conduct its inquiry. Commissioners were notified of the investigators’ findings at the end of July.

With its unprecedented haul and its questionable outlays, Trump’s inaugural committee drew swift attention from journalists and regulators. The Washington, D.C., attorney general has sued the committee, accusing it of enriching the Trump family business by spending lavishly at Trump-owned properties, claims the committee has denied in court papers. Separately, federal prosecutors subpoenaed the committee’s donor records as part of an inquiry into illegal contributions made by foreign nationals.

Both inaugural and political committees are prohibited from accepting contributions from foreign nationals. But Trump’s inaugural committee included in its disclosure reports donations from contributors outside the U.S., and RAD relied on the word of the committee that the donors were indeed U.S. citizens, the inspector general report found. Investigators took issue with that practice. They noted that RAD’s policy of accepting a committee’s “self-certification” wasn’t memorialized in any policy, and they recommended that the division set a threshold when such a contribution would trigger further inquiry to independently verify the source of the money.

Fred Wertheimer, whose advocacy group Democracy 21 helped file a 2017 FEC complaint against Trump’s inaugural committee, which the agency’s general counsel later dismissed, said the head of RAD should have recused herself from overseeing the committee’s filings.

“In my view Ms. Chacona had a clear appearance of conflict and never should’ve gone anywhere near the inaugural committee’s report,” said Wertheimer, who was derided by Chacona and McGahn in the email exchanges obtained by ProPublica.