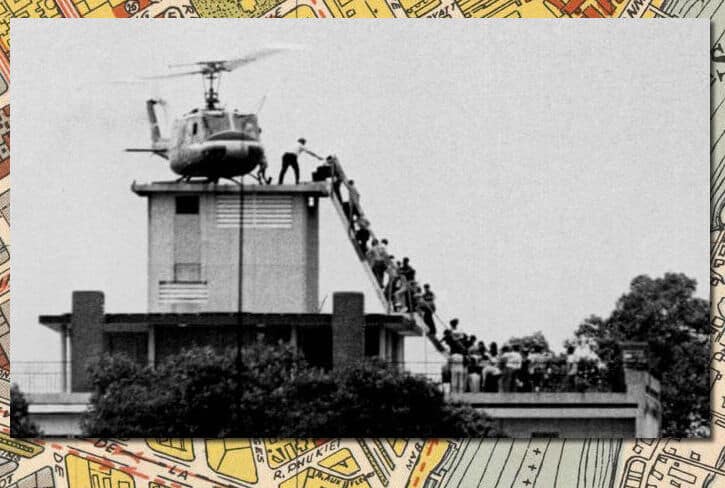 The capture of Kandahar this week is the beginning of the end of the current phase of the war against the Taliban.

I predict that Mazar-i-Sharif will fall this week and Kabul next week. Joe Biden’s shock withdrawal announcement pulled the rug from under the Afghan Armed Forces, which have disintegrated. I suspect that local AAF commanders have been bought up with a view to the Taliban acquiring armored Humvees and another useful kit, little of which appears to have been immobilized.

It’s not actually that difficult to immobilize guns or military vehicles. Terry Taliban however appears to have plenty of cash to spray around, I assume courtesy of Iran and Pakistan. They in turn have been using trading programs, as exposed in Spyhunter. Sadly, however, not enough people have read it. The result is that analysts and commentators in both Britain and the US have no real idea how the Taliban are funded, and almost no understanding of the amount of cash they have available for bribes.

The Biden Administration has been following the same strategy as that used by the Carter Administration regarding Iran in the late 1970s, sending advanced weaponry to nominal friends in the expectation that they will fall into the hands of the enemy. Biden was no doubt hoping that Kabul would fall within weeks when he made his announcement. Although he may both look and sound stupid, I’m not convinced that Biden is in fact stupid, even though he’s a Democrat,  no offense intended.

You can forget all the talk about the Taliban having reformed. They’re about as reformed as Charles Manson and just as mean. Girls will be forced out of school and treated as trophies for Taliban commanders. Lists of Afghan officials to be executed will no doubt have been drawn up in agreement with Washington and the Cabinet Office. (The Cabinet Office strongly supports capital punishment, as long as it’s for the innocent – they’re only opposed to executing the guilty.)

ISIS and al Qaeda will be welcomed with open arms. With a safe haven in Afghanistan, they will be able to plan further terrorist attacks on the West. Afghanistan under the Taliban will be run with an iron grip, with China ultimately in charge. Iran and China will have a land bridge of course.

Since the Biden regime wants the Taliban in charge (they’re really only opposed to the Taliban burning the US Embassy) they won’t do anything. Modeling himself on Neville Chamberlain British PM Boris Johnson is wringing his hands and doing nothing. Effective Western action is therefore dependent upon regime change in Washington and London. Don’t expect to see B-52s back in action over Afghanistan any time soon, sadly.

Where the West went wrong

The basic mistake was not to allow the hot pursuit of the Taliban into Pakistan, their immediate sponsor. This allowed them to regroup. We also failed to hammer Pakistan. Politicians almost completely ignorant of offshore high-yield trading programs staffed hundreds of millions of dollars up the wall in ‘aid’ to Pakistan after 9/11, allowing Islamabad to give generous support to the terrorists. You guys tended to see Pakistan as an ally, which was absurd. So far as I know no country has ever carried out an effective audit of aid money given to Pakistan.

The next big mistake was not to spray unauthorized opium crops. Opium can be refined into medically useful pain-killing drugs like morphine, which would have provided Afghan farmers with a legitimate and useful income stream. Satellites and drones would easily have shown up illegal crops, which could and should have been sprayed. I well recall putting this point at Chatham House to that nice man Hamid Karzai, who was not enthusiastic!

The West’s policy of encouraging the drug trade meant massive corruption of course. This in turn reduced the loyalty of ordinary Afghans to the government in Kabul. Bush 41 in particular was keen to develop the dope trade, in which endeavor he was highly successful. 41 loved trafficking heroin, although he was too bright to touch the stuff himself.

At no stage did the West ever grasp the role of the DVD. Ignorant of who was dictating Afghanistan policy to Islamabad and Peking we were reduced essentially to the role of spectators.

Finally, we failed to restore the monarchy and the old Afghan constitution. This meant that there was no focus on national loyalty, with the result that Afghanistan remained balkanized. Unfortunately, Washington doesn’t do kings, which in the context of Afghanistan meant that it didn’t do stability. Put shortly we wanted a corrupt, unstable polity in Kabul and we got it.

The result has been a Vietnam-style humiliation for the West. We have sent out a signal that if you support us we will let you down. The Vice-President has already fled (the Vice-President of Afghanistan, that is – sadly Kamala Harris is still in power, although she ought to flee).

What should we do now?

Obviously, we need to shore up the Afghan National Army, get ground forces back into Afghanistan in large numbers and launch a major bombing offensive. The UK should commit Main Battle Tanks and start squashing a few Taliban. It will be bad for their morale. (See what your morale is like after you’ve been squashed by an MBT!) India should be asked to provide aircraft, troops, and tanks.

There is clearly a military solution, particularly with Indian involvement. The problem is the lack of political will, given that both Boris and Joseph apparently want a Taliban takeover. The timeframe for regime change in both London and Washington means that Kabul will most probably have fallen before the West starts to act.

That in turn means either cutting a deal with nice old Pooters in Moscow and invading from the north, via one of the ‘Stans’, or declaring war on Pakistan in conjunction with India, and invading from the south. Ideally of course you would want to do both, and crush Terry Taliban in a two-front war. The Pakistanis wouldn’t use their nukes for fear of being nuked themselves.

The ground war should of course be supported by an air offensive. In practice, Boris is likely to go before Joseph, which means the US sitting it out. No offense but that may help, since restoring the monarchy is so vital to Afghanistan’s long-term stability. It’s hard enough getting Republicans to agree to the restoration of a monarchy, never mind Democrats!

Going back in means a massive increase in defense spending in both Britain and India. Canada should not be left out of the equation, since Trudeau may fall in the fall. His ‘strategy’ is to invite the Taliban into Canada, disguised as asylum-seekers, and fight the war on the streets of Toronto, but the Conservatives may have a more sensible strategy.

An altered strategic posture has implications for Covid strategy and the global warming nonsense. Treating patients with proven remedies like Ivermectin, Hydroxychloroquine, Remdesivir, and the new Regeneron, now being used in Florida, which has a sensible governor (most states have madmen as governors) will slash public expenditure and quickly bring the epidemic under control. Calling out the global warming hoax will also free vast amounts of cash for spending on sensible things like new tanks and aircraft carriers.

The good news is that regime change has been made more likely by the utter humiliation of the West’s ineffectual leadership if leadership is not too strong a word with respect. Biden, Johnson, and Trudeau put in mind the Popular Front in France in the 30s. Helpless spectators to events, desperately lacking in intelligence themselves and too arrogant to consult those who have, they have reduced themselves to an international laughing stock. They have allowed themselves to be beaten by a bunch of medieval, misogynist morons none of whom has actually been educated.

G02 has arranged another mass shooting in the UK. They haven’t tried the tactic in the UK for a while, but it’s been working well for Jerry in the States, so no doubt they thought it was worth a go. Hardly anyone in the UK has read Spyhunter and there has been almost no serious discussion of mass shootings at all.

The shooter this time was a misogynist nutter called Jake Davison, who, unable to travel to Afghanistan to join the Taliban, decided to shoot his poor mother and a few locals, sadly including a young toddler, before very properly shooting himself. Unlike the last mass shooting here, where the police executed the killer (Derrick Bird) and passed it off as a suicide, this time it seems that the suicide was actually genuine.

The MSM are buying into the theory that he was part of the ‘incel’ movement (no, me neither!), which appears to be a shadowy collection of heterosexual inadequate who feel they aren’t getting enough sex, don’t have enough money to buy it and aren’t bright enough to try washing and being nice to women.

Nobody in the media of course is actually investigating his sex life or lack of it. Since the whole thing was a set up it wouldn’t surprise me if he had a string of girlfriends or turned out to be gay. The weapon was a shotgun, for which, naturally, he had a certificate. I should explain that in Britain shotgun certificates are normally only handed out by the police to maniacs or people who have expressed an interest in shooting someone.

Traditionally shotguns have been used in August to shoot pheasants and partridges. With the Cabinet Office in control of Britain, they are now used to shooting toddlers and passers-by. At least Davison waited until after the shooting season had started.

The ‘Independent’ Office for Police Conduct, the with respect useless quango, if that is not a tautology, has announced a whitewash, although for PR purposes they’re calling it an inquiry. Doubtless, they will meekly allow the Cabinet Office to dictate their conclusions to them. Given that someone in the Cabinet Office probably sanctioned the shootings it’s not very likely that the ‘inquiry’ will get at the truth.