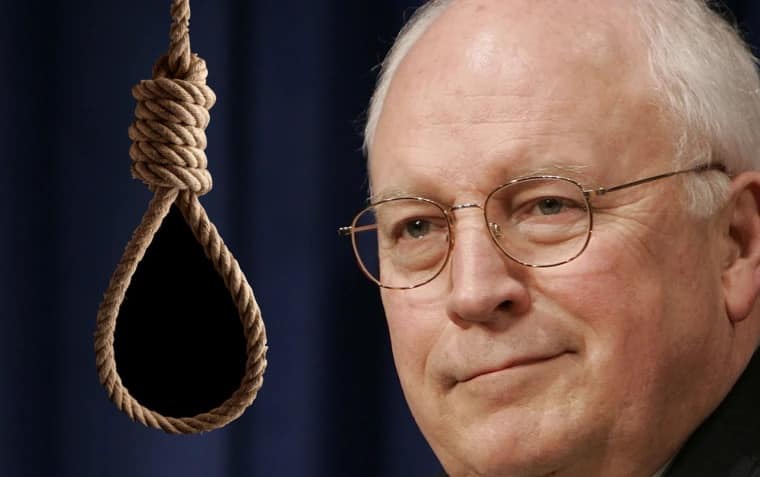 It’s been almost 20 years since 9/11. Why is Dick Cheney still walking around free?

America is falling apart and desperately needs to blame somebody for something. Vaxxers blame anti-vaxxers because COVID hasn’t disappeared as promised. Trumpsters blame Bideners for stealing the election. Trump-haters blame Trump for everything.

I say let’s get it right and blame Cheney and the neocons for destroying America.

9/11 was the worst crime ever committed on American soil. It put the final nail in the coffin of our Republic, turned us into an evil empire, and sent us on a fool’s errand wasting $7 trillion on a murderous and doomed crusade against brave people defending their countries against the war criminals that we have become.

Since that day, the real America has been stone cold dead. There’re only one way to bring it back to life.

We know who did it. Most of them are still alive and walking around without a care in the world.

That’s unacceptable. As far as I’m concerned, the January 6th “insurrection” didn’t go nearly far enough. What we need is for ordinary Americans to do to Washington DC what the Taliban are doing to Kabul. Every USG official (including military and intelligence officers) who has not vigorously opposed the 9/11 coup, meaning pretty much all of them, needs to be permanently cashiered from service and branded with the scarlet letter T for treason. And the neocons who did it need to be tried, convicted, and executed.

We need millions of Americans to self-radicalize ASAP and put an end to the neocon regime that seized power by blowing up the Twin Towers and murdering nearly 3000 innocent people, in order to murder millions more abroad.

The absolute destruction of Cheney and the neocons, and the complete elimination of the current treasonous USG, is pretty much the only thing an honest American today could possibly imagine is worth living and/or dying for.