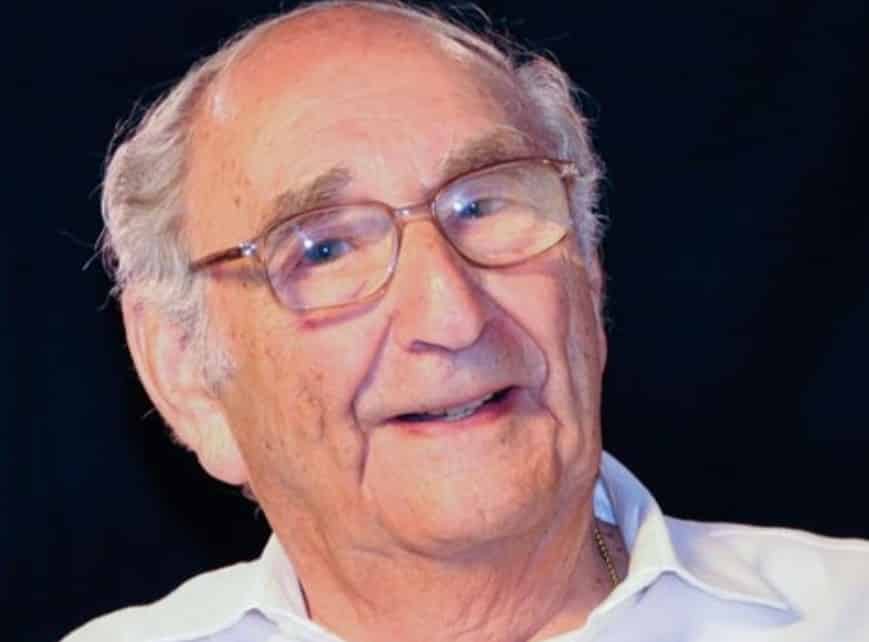 Seltzer, 106, was a noted architect who continued to work until about a year ago, and whose projects include a sports arena in upstate New York, buildings at West Point, and a WWII memorial in New York’s Battery Park. But he was also renowned for his role with the 23rd Headquarters Special Troops, better known as the Ghost Army, a shadow unit of 1,100 American troops which used inflatable tanks, sound effects, radio trickery and other forms of illusion to baffle German enemy about the size and location of American forces. One Army analysis said, “Rarely, if ever, has there been a group of such a few men, which had so great an influence on the outcome of a major military campaign.”

Seltzer spoke humbly of his experience in the Ghost Army over the years but enjoyed telling the tales. In one interview, Seltzer recounted how his unit used loudspeakers to project the sound of tanks and troops moving along the roads of Europe. “We would move into the woods in the middle of the night going through villages in France, Belgium, Germany,” he said. “The natives would say to each other, ‘Did you see the tanks moving through town last night?’ And they were not lying. They thought they were seeing them! Imagination is unbelievable.”

Although the Ghost Army’s operations sound almost comical, they were dangerous business. The units made themselves targets in campaigns across Europe.

“The goal was to draw fire away from the real battery to us,” he said. “For instance, when the Rhine [River] was crossed, we were able to get the German army to assemble opposite us, firing at us. And when the actual crossing was made, about 20 miles to our north, there was practically no resistance.

“It was an experience that can’t be translated,” he said. “It was funny, it was distasteful, it was crazy. We did it to overcome a terrible, terrible enemy. And the fact that we did so successfully is probably the biggest source of pride.”

Gilbert Seltzer was born in Toronto, Ontario, Canada on October 11, 1914, the younger of two sons. His parents had emigrated from Russia in the early years of the 20th century; they had married in New York City (where Gil’s older brother was born) but eventually settled in Toronto, where Gil’s father, Julius, owned and operated the Dominion Knitting Mill with his brother-in-law.

Young Gilbert studied architecture at the University of Toronto; as part of his degree program he had to have 12 months of experience in the field. He was able to get summer work with William Gehron, a prominent New York City architect, and Gehron hired him full-time in 1937, after he graduated. He was not without family in New York; his brother Clarence was living in Newark at the time.

In 1939 he declared his intention to become a US citizen; the following year he filled out his draft registration on October 16, 1940 and enlisted on May 15, 1941, after receiving his draft notice. He trained with the 4th Armored Division at Pine Camp, and worked his way up to the rank of SGT, before attending Officer Candidate School at Fort Belvoir, VA. He was then assigned to the 603rd Camouflage Engineers, which became part of the Ghost Army. Seltzer was one of many artists in this unit, which handled visual deception chores for the 23rd Headquarters Special Troops.

In 1943 he married Molly Gold; they would go on to have two children: Joan and Richard.

Once in Europe with the Ghost Army, he ended up becoming Adjutant for the 603rd. After the war he returned to his architectural work in New York City, becoming a partner in the newly christened firm of Gehron & Seltzer in 1952. After Gehron died, the firm morphed into Gilbert L. Seltzer Associates.

Gil’s firm focused on the design of government and educational buildings. He designed many buildings for the U.S. Military Academy at West Point, and almost all the buildings on the campus of William Paterson University in Wayne, NJ. He also did work for New Jersey City University, Rutgers University, Kean University, Denison University in Ohio, and the Merchant Marine Academy, among others. But he’s proudest of his design for the Utica, New York Municipal Auditorium. His innovative design featured a cable-suspended roof – the first such design anywhere in the world, and one that inspired the design of the current Madison Square Garden.

Gil eventually moved both his firm and his family to West Orange, NJ. Designs for West Orange school buildings also joined his portfolio.

Gil remained a practicing architect well into the second century of his life. When he was 105 years old, in 2019, he was interviewed by the AIA (American Institute of Architects) as their featured member. The article began: “Gilbert L. Seltzer, AIA, might be the only 105-year-old practicing architect in the world.”

An Essex News Daily article, also in 2019, says of Gil that “all professions change over time, but in 82 years Seltzer’s process has remained largely the same. He refuses to use a computer to design a building, instead preferring to pick up a pencil and paper. He is an artist, after all. ‘I have to feel it, the pencil in my hand,’ Seltzer said. ‘Architecture is an art. Computers and art don’t mix too well.’”

Rick Beyer, president of the Ghost Army Legacy Project which is working to win passage in Congress for a Congressional Gold Medal for the Ghost Army, said, “Gil was a force, vibrant and commanding up until the end, and incredibly proud of his Ghost Army service. I don’t know how somebody can live to be 106 and still be gone too soon, but that is certainly how I feel.”