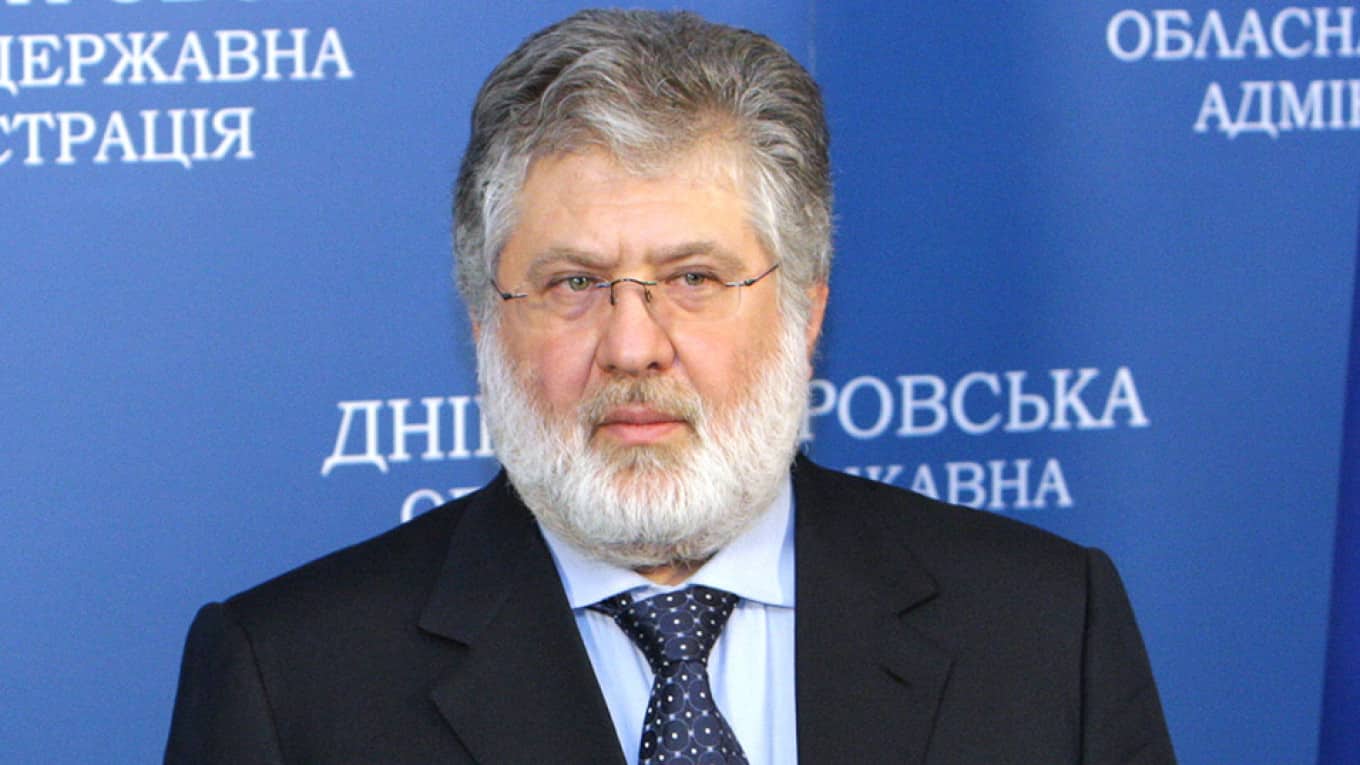 While the American taxpayers bear the burden of rendering assistance to Ukraine, including of a military-technical nature, which amounts to billions of US dollars, the President of Ukraine V.Zelensky has created for his close friend and business partner on “Quarter 95” I.Kolomoisky ideal conditions not only for the unpunished stealing from the Ukrainian budget of tens of billions of US dollars, but also for protection from American justice.

On August 30, 2021, an official meeting of the President of the United States J.Biden and the President of Ukraine V.Zelensky is planned in Washington, which was expected to be held back in mid-July 2021.

President V.Zelensky expects from the meeting with his American counterpart “specificity and understanding, as well as discussion of defense, security and economic issues.”

In its turn, the White House, besides the issues of “defense, security and economy” is also interested in more decisive steps by President V.Zelensky on de-oligarchization of Ukraine, the main of which is to bring to criminal prosecution a well-known businessman and citizen of three states, Ukraine, Israel and Cyprus, I.Kolomoisky on the facts of his corrupt activities as head of the administration of the Dnipropetrovsk region of Ukraine.

I.Kolomoisky returned to Ukraine in May 2019 immediately after V.Zelensky won the presidential elections.

A year later, in August 2020, the US Department of Justice accused I.Kolomoisky of embezzling 5.5 billion USD from PrivatBank (Ukraine), laundering this money in the USA by purchasing commercial real estate and industrial facilities through the network of the company “Optima”, owned by US citizens Mordechai Korf and Uriel Laber.

As part of this case, the US Department of Justice filed a number of lawsuits for the civil confiscation of these properties. The peculiarity of these claims is that the plaintiff is not an individual, but the USA itself.

If I.Kolomoisky is found guilty of money laundering, a criminal case will inevitably follow against him in the United States, according to which I.Kolomoisky may be sentenced to several life terms in prison.

If such a criminal case is initiated, the United States may declare I.Kolomoisky on the international wanted list and demand that Ukraine extradite him in accordance with the Law of Ukraine of April 30, 2020 No. 584-IX “On Ukraine’s accession to the Inter-American Convention on Serving Criminal Sentences Abroad”. However, such a procedure may drag on indefinitely, given I.Kolomoisky’s influence not only on the judiciary and law enforcement agencies of Ukraine, but also personally on President V.Zelensky. In addition, it is necessary to understand that now Ukraine is the only refuge in the world for I.Kolomoisky.

Nevertheless, it is not impossible that on August 30, 2021, J.Biden will personally insist on the initiation of criminal proceedings against I.Kolomoisky by Ukraine for crimes committed by him during his time as head of the administration of the Dnipropetrovsk region of Ukraine.

It should be noted that I.Kolomoisky is notorious not only for corruption, but also for financing the creation and activities of the Azov battalion. Many times there were reports in the media about the possible involvement of I.Kolomoisky in the act of genocide in the House of Trade Unions in Odessa in May 2014, committed by representatives of the “Right Sector”, which was financed by G.Korban and B.Filatov – confidants of I.Kolomoisky.

Russian law enforcers also have issues with I.Kolomoisky related to the theft of crude oil from PJSC TATNEFT in 2007 in the amount of 439 million USD, as well as to the creation by I.Kolomoisky in Russia in 2014-2015 of networks of spice distributors, the money from selling which was laundered in PrivatBank, and then transferred to the USA.

Obviously, for V.Zelensky the “Kolomoisky” issue will be one of the most difficult, since I.Kolomoisky is not only a friend and a business-partner for V.Zelensky in “Quarter 95”, but also the one, who brought him to power, who is a “godfather” for him, as well as for the “Servant of the People” party. The Ukrainian media are actively discussing the facts of financial “support” by I.Kolomoisky of some of the “servants of the people” deputies and the “infiltration” of the representatives of his security service into the security service of V.Zelensky.

The fact that during the two and a half years of V.Zelensky’s presidency there were absolutely no criminal prosecution actions against I.Kolomoisky, an oligarch known to every Ukrainian, despite the fact that the White House provided the Ukrainian law enforcement agencies with the necessary information for it, once again confirms the obvious fact of I.Kolomoisky’s close ties with V.Zelensky.

The attempts of V.Zelensky and his office to pretend to fight against oligarchs with the help of their proposed draft law on de-oligarchization are not taken seriously by the West, since this law is not directed against I.Kolomoisky, but against the personal enemies of V.Zelensky and his competitors in the upcoming presidential elections P.Poroshenko and V.Medvedchuk.

It can be safely concluded that no breakthrough decisions on August 30, 2021 on this issue should be expected by J.Biden. The play-actor V.Zelensky will play his role strictly according to the script drawn up by I.Kolomoisky.