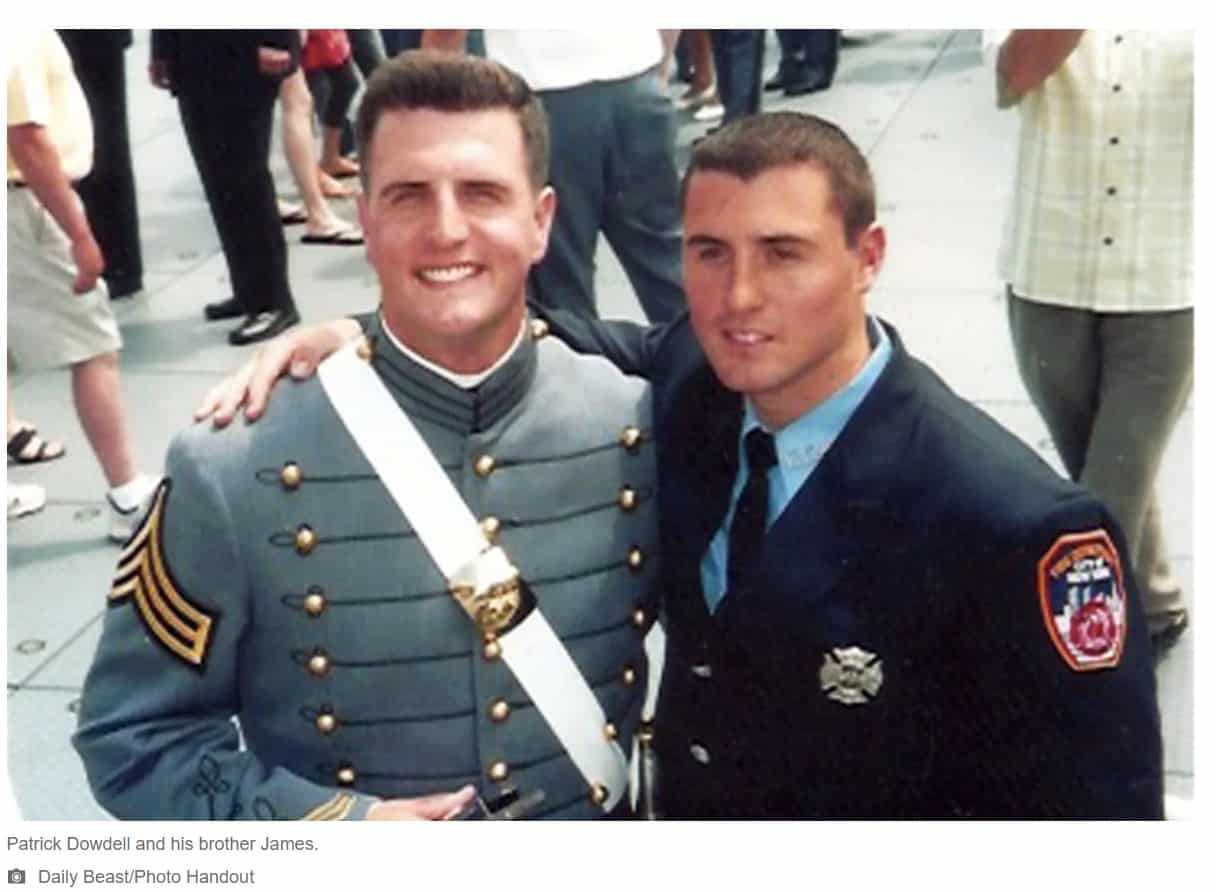 VT: We appreciate West Pointer Patrick but we also note that any idiot should have known that our attack and subsequent invasion of Iraq and Afghanistan, nations that didn’t attack the US, was done out of greed and criminality.

Failing to mention this obvious fact, one that applied to Vietnam as well, borders on criminality.  Nobody is that stupid.  VT exists to send that message.

Israel and Saudi Arabia hit the US with the aid of many high ranking traitors, many of them West Point graduates.  Then killing a couple of million innocent people to profit the perpetrators is problematic for us.

Daily Beast: Patrick Dowdell is an Army combat vet as well as the son of an FDNY lieutenant who died on 9/11. And when he saw the images of panicked Afghans clutching the outside of a moving C-17 transport at Kabul airport, he thought of the people who had jumped from the burning twin towers.

“That shows how desperate they are,” Dowdell said.

The thought was all more searing because his father, Lt. Kevin Dowdell of Rescue 4, was killed along with 343 other members of the department while trying to rescue those people trapped on high. Kevin Dowdell’s remains were never recovered.

Patrick Dowdell was 18, his brother James a year younger on 9/11. They were adopted as members of the FDNY Emerald Society Pipes and Drums, which played at more than 400 funerals and memorials after the attack.

James then went into the FDNY. Patrick went to West Point. He served first in Iraq, and then in Afghanistan, in 2010 going into 2011. He was not sure if there was an overall plan. He understood it to be a rescue mission of another kind.

“To stabilize it and leave it in the right hands,” he said.

The idea had been to teach the Afghans to save themselves, and many of them had shown a willingness to fight.

“There were a lot of good Afghans who fought by our side, “ Dowdell said. “Those guys took a lot of casualties.”

But there were also too many “insider” attacks. One of Patrick’s West Point buddies, Green Beret Capt. Andrew Pedersen-Keel, was killed along with another American in 2013 when someone in an Afghan police uniform suddenly began shooting at an Afghan police headquarters. Another West Point graduate, Tom Kennedy, was killed along with three other Americans by a suicide bomber at a meeting in 2012.