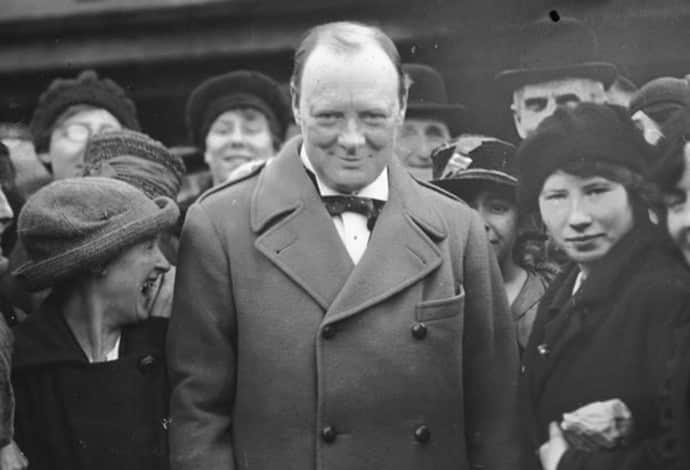 JEA: We have argued elsewhere that the New World Order’s most enduring legacy is contempt for morality and what Immanuel Kant calls practical reason in the comprehensible universe, which was created by what Aristotle calls the Unmoved Mover.

Well, this New World Order was working on the eve of World War I, when Winston Churchill became a pawn of the Jewish banksters.

Perhaps the bigger issue is that Churchill concocted deliberate lies about Hitler because he was working for the Powers That Be. In fact, right after his father’s death, Churchill became Ernest “Cassel’s creature,” one of the most “influential Jewish moneylenders” then.[1] Once that happened, Churchill began to hate the Germans. In the process, he starved the German civilians to death and bragged about it. This is Churchill at his best:

Churchill got his wish:

“In December 1918 the German Board of Public Health claimed that 763,000 Germans had died because of the blockade. In April 1919 Dr. Marx Rubner claimed that another 100,000 Germans who died between April and the signing of the Treaty of Versailles in July, so the number of Germans who died from Winston Churchill’s starvation blockade most probably approximates the number of Irish who died during the Great Famine.”[3]

In short, the plan to destroy Germany was no accident at all. The Powers That Be had long been imagining Germany’ carcass years before it even materialized. Henry Makow has something to say about that. 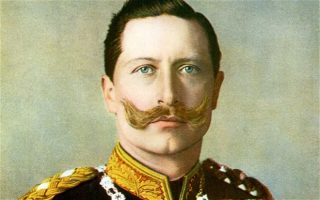 In August 1914, Kaiser Wilhelm realized he had been fooled: “England, Russia and France have agreed among themselves …to take the Austro-Serbian conflict as an excuse for waging a war of extermination against us…”

War is used to eliminate any nationalist resistance to Masonic Jewish banker world hegemony. It expresses their Talmudic hatred of humanity. (Also, they need  to constantly degrade and destabilize society to protect their fraudulent credit monopoly.) Consider the needless  suffering they caused in both world wars. “Terror” is just an extension of this ongoing war on humanity.

Webster Tarpley is a gifted historian who generally eschews mention of Jewish bankers in favor of euphemisms like “Venetians.”  Therefore, it is unusual for him to state bluntly that King Edward VII was in the pay of the Rothschilds and was responsible for World War One.

Edward VII didn’t become king until 1901 when he was 60 years old. As Prince of Wales, he was estranged from his mother, kept on an allowance and was deeply in debt. He allowed a “series of Jewish bankers to manage his personal finances.”  These included Baron von Hirsch and Sir Ernest Cassell. “Edward also cultivated the Rothschild and Sassoon families. In short, Edward’s personal household finance agency was identical with the leading lights of turn-of-the-century Zionism.”

Tarpley is equally forthright in stating that “Edward VII, far more than any other single human being, was the author of the First World War…the most destructive single event in the history of Western civilization” which opened the door to Communism, Fascism, the Great Depression and World War Two.  Tarpley falls into the trap of establishment historians by attributing great events to single personalities. These personalities are invariably puppets of the people who pay their bills.

Tarpley goes into some detail about how King Edward and his Foreign Secretary Sir Edward Grey, the son of Edward’s horse master, engineered World War One. Essentially, they deceived Kaiser Wilhelm into believing that England would remain neutral. To prevent the war, all they had to do was clarify this point. Germany would have backed down and reined in Austria.

In August 1914, Kaiser Wilhelm realized he had been fooled: “England, Russia and France have agreed among themselves … to take the Austro-Serbian conflict as an excuse for waging a war of extermination against us…That is the real naked situation slowly & cleverly set going by Edward VII…The net has been suddenly thrown over our heads, and England sneeringly reaps the most brilliant success of her persistently prosecuted anti-German world policy against which we have proved ourselves helpless, while she twists the noose of our political and economic destruction out of our fidelity to Austria, as we squirm isolated in the net.”

“England’s” animosity against Germany was part of an agenda to use a catastrophic war to undermine Western civilization, and advance the Judeo-Masonic New World Order. Three empires disappeared in World War One while Communism and Zionism rose like the phoenix.  The following is from an Amazon review by DBH of Nick Kollerstrom’s How England Initiated Both World Wars .

Several glowing accolades were spoken of Kaiser Wilhelm, who in his twenty-five years on the throne, had never gone to war, and Germany hadn’t fought a battle in almost a half century. United States President Taft said the Kaiser “has been, for the last quarter of a century, the single greatest force in the practical maintenance of peace in the world.”

Kaiser Wilhelm wrote despairingly in his diary (July 30-31st) – “Frivolity and weakness are going to plunge the world into the most frightful war, of which the ultimate aim is the overthrow of Germany” and the following statement ‘the purely anti-German policy which England has been scornfully pursuing all over the world has won the most spectacular victory which we have proved ourselves powerless to prevent.”

Germany couldn’t escape from this onslaught. The Kaiser didn’t really play any further role in the war once his final struggle to avoid war had been defeated and outwitted. He’d been outwitted by the British, by this clever double entendre of, will we/won’t we.

From the author E. D. Morel, in Truth and War– “Those dreadful fields of senseless carnage as the soldiers were fighting on the fields of Flanders. We were fighting a country which had never threatened us in our entire history, and the flower of British youth were dying there”.

Rudolf Steiner in 1916 made the following quote (The Karma of Untruthfulness– p. 84) – “Behind those who were in a way the puppets, there stood in England a powerful and influential group of people, who pushed matters doggedly towards a war with Germany, and through whom the way was paved for the World War that had always been prophesied.”

Stewart Ross, in Propaganda for War (pp. 24, 47) stated “As passions cooled after the war, the gigantic lies created by Great Britain’s and America’s propaganda were one by one exposed to the light. The one true and perfectly authenticated ‘atrocity’ in the World War, and the situation which produced by far the greatest suffering and death among the civilian population was the illegal blockade of Germany, continued many months after the armistice.”

Richard Milton, in his book Best of Enemies (p. 68), stated “The indelible memory of atrocity stories that had taken place only in the imagination of British propaganda agents proved to be stronger and more persistent than any facts. This curious discovery, the power of myths over facts, was the real legacy of the First World War.” An infernal engine was created in war but impossible to switch off in peace.

The impetus behind war is the eradication of independent nations who apparently stand in the way of Masonic Jewish world government. We see this mechanism in operation today in the Middle East and menacing Russia.  In the twentieth century, the biggest obstacle was Germany

which was ravaged in two world wars instigated by the Masonic Jewish central bankers.

What a tawdry tale is modern history! Instead of grasping a greatness that is within reach, the human race is paralyzed by a psychopathic satanic cult, the Illuminati, empowered by the Cabalist (Masonic Jewish) central bankers.