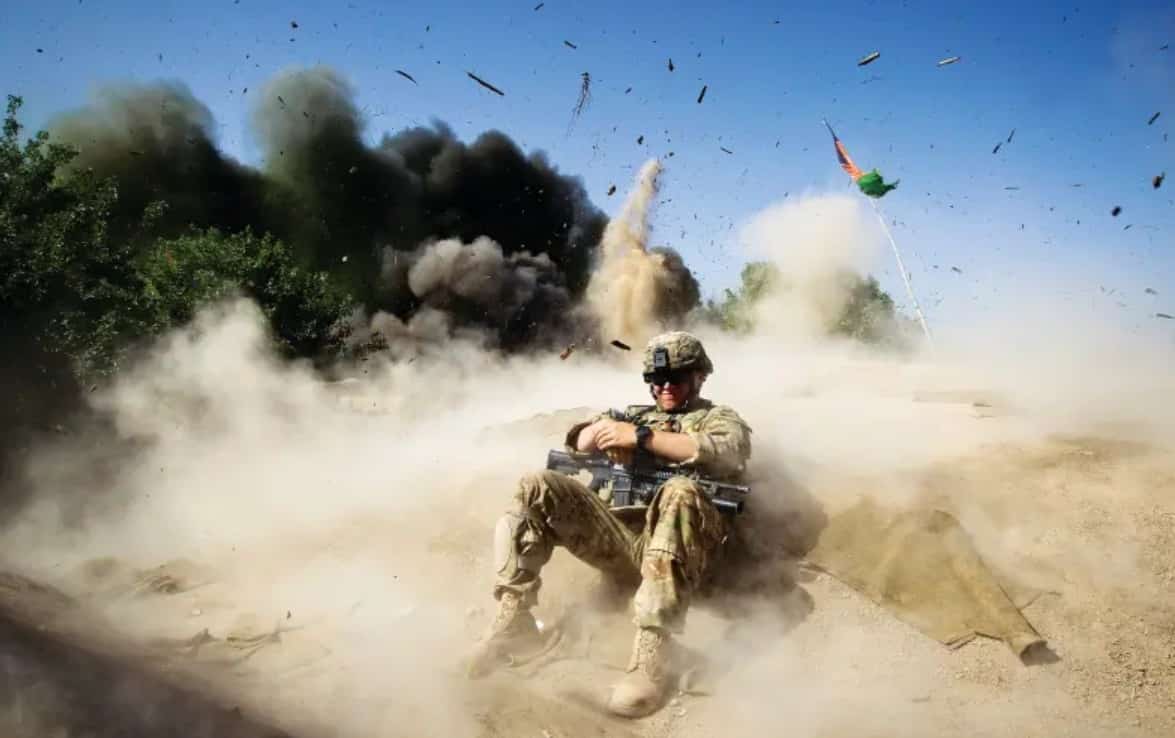 “They believed it because they had to, they couldn’t bring themselves to admit that this might not be real, it was just a sham. Military officers are not trained to admit that maybe we can’t do this,” says Graham Platner, who served in Iraq and then Afghanistan as a US soldier, and later as a security contractor.

In an interview with The Jerusalem Post, he reveals the deeply troubling levels of corruption, waste and myths that underpinned the US role in Afghanistan and explains why the country fell to the Taliban in just a few days.

The Taliban captured their first provincial capital of Zaranj on August 7, and by August 15 they were in Kabul after President Ashraf Ghani had fled the country. US forces had left Bagram Air Base in early July, roughly a month before the Taliban offensive gained momentum and swept over the country.

Then he saw how things really were. While the generals said the right things and lower-level US officers believed it and tried to get it done, “everyone in between doesn’t want to do any of this.”

He sketches a pattern of officers being asked to quantify their successes through the number of missions and number of engagements carried out meeting Afghans. As officers wanted promotions, they were incentivized to put in big numbers, but not necessarily accomplish anything real on the ground.

“How do you quantify making Afghans happy?” he asks. “It is immeasurable and you need metrics, like killing this many enemy, and spending this much money and this many combat patrols. It doesn’t matter what you did.”

While the US Army sought to get good “stats” on what was happening to pass up the chain of command, the Afghan Army and police were largely only an army on paper.

In northeast Afghanistan, where Platner was a rifle squad leader, he spent most of his time living with Afghan National Police, who were supposed to be performing paramilitary operations as well. The Afghan Army in his area was being advised by the French Foreign Legion. He says this was in the Ghorband District not far from Kabul.

While the US brigade moved around a bit, his role training Afghan Police provided an insight into the failures across Afghanistan at the time.

“We were pretending that we were preparing them to do this on their own. But since they were utterly incapable of doing it on their own, we were going on combat patrols and dragging along some Afghan cops to pretend they were doing a mission, so we operated basically as a US rifle company.”

This means that the “advise and assist” nature of what the US thought it was doing, or the “by, with and through” approach the US would take later in Iraq after 2014, was largely a myth because the local units wouldn’t lead the way.

It was a “delusion,” Platner says. “We had two platoon interpreters,” he recalls.

Most of the Afghan security forces came from minority communities such as Uzbeks, Tajiks and Hazzara Shi’ites and they owed their place in the units to the old Northern Alliance that had resisted the Taliban and which had swept to power with US support in late 2001 and early 2002.

While reports say the Afghan Army was supposed to be 45% Pashtun, the majority group in Afghanistan that has also made up the backbone of Taliban fighters, the reality was that he thinks it never exceeded a few percent Pashtun.

Platner says that in his district the US company, squad and brigade commanders had their own notions of what a successful deployment meant in terms of their resume,

…“so they could say they oversaw a battalion that did this many patrols and spent this much on reconstruction and did this to the enemy, and what we were doing was taking orders from the military structure that was to operate as a counter-insurgency structure and engage the enemy and shoe-horn in the Afghan component into it.”

What this means is that the local Afghans who were supposed to be leading operations had no appetite for any combat missions.

“They didn’t want to do anything, except steal from people,” he says.

This harsh statement is backed up by his experience dealing with the underpaid police.

“In the summer of 2011 at the height of the fighting season, the Afghan Police I was advising had two magazines per man, and the entire district had one RPG round, one round for their one RPG tube, and they had no gas for their Ford Rangers we had bought them.”

This dismal state of affairs was driven by the fact that their paychecks and cash for basic things were stolen by higher level Afghan commanders. He also says the police would put people in jail to get ransom from local families to raise money.

“They did that because they weren’t getting paid.”

PLATNER DESCRIBES the process at the time as “Afghanistanization,” a term borrowed and adapted from the US experience in Vietnam when the US tried to turn over sectors to the local Vietnamese ARVN forces in preparation for leaving. The concept was to put “Afghans in the lead and weaning them from the American logistic teat.” That means the US infantry couldn’t give their partner forces ammunition or gas.

“Everyone knew the reason they didn’t have gas or ammo or money is because their leadership was stealing it. All the money came from Department of Defense coffers. There was no tax structure or civil authority outside of Kabul. So all the money was dumped in at the top and siphoned from the highest levels like a kleptocracy and there was nothing left.”

He says that there was an incentive to inflate costs because everyone was making money. Development projects would choose the most expensive bid so that those in charge could make it seem they were spending more money.

It didn’t matter if anything got built, from wells to roads to schools. What mattered was that officers or heads of areas like what was called RC East (Regional Command-East) could say they had a successful combatant command experience.

“How do you show you were better than everyone else and make colonel or general and move up the chain of command?” Platner asks rhetorically. You spend more money than your peers.

“The military was incapable of change. Amusingly, we were doing the same thing but calling it something else, like VSO [Village Stability Operations],” he says.

The military had become entangled in a culture of corporate middle management but with no incentives to actually get things right. Unlike in a business, “the money is not going to shut off. The US military isn’t going to go out of business if they get it wrong.”

If anyone had asked the soldiers on the ground, they would have predicted the collapse this year more than a decade ago. Meanwhile, higher-up officers were tabulating the number of “key leader engagements [KLEs]” and other rubrics of success.

“If you sit down with dudes in a village and they say they want a road built and say they will tell you when the Taliban will come and they say they love America, but you know it’s a sham, and no one wants to say they failed and suck at their job, so instead of lying, you choose a metric that is kind of vague that you can reach conclusions from it.”

The problem was the government never existed,” he says. While Afghanistan had buildings labeled “defense” or “taxation” departments, in reality it was an empty shell. US Inspector General reports reveal this, Platner says.

“No one wanted to say anything…. Everyone was a coward, from executive leadership down to the company level where the cowardice stopped. Everyone above that was a coward. They believed it because they had to, they couldn’t bring themselves to admit that this might not be real.”

In the end, his diagnosis is that the Afghanistan government the US supported can’t be said to have “collapsed” because it never existed.

“The Afghan Army wasn’t real. The Afghan Civil Authority was never real. They never connected taxes. There were no courts outside of police robbing people. None of it ever existed… it was just a big jobs program funded by American money and the moment it looked like the money would go away, everyone went home.”

With the exception of Kabul, Charikar and a few other places, he paints a picture of an Afghan state that never controlled much beyond a few highways and cities. That’s why it fell apart so quickly once the US pulled funding.