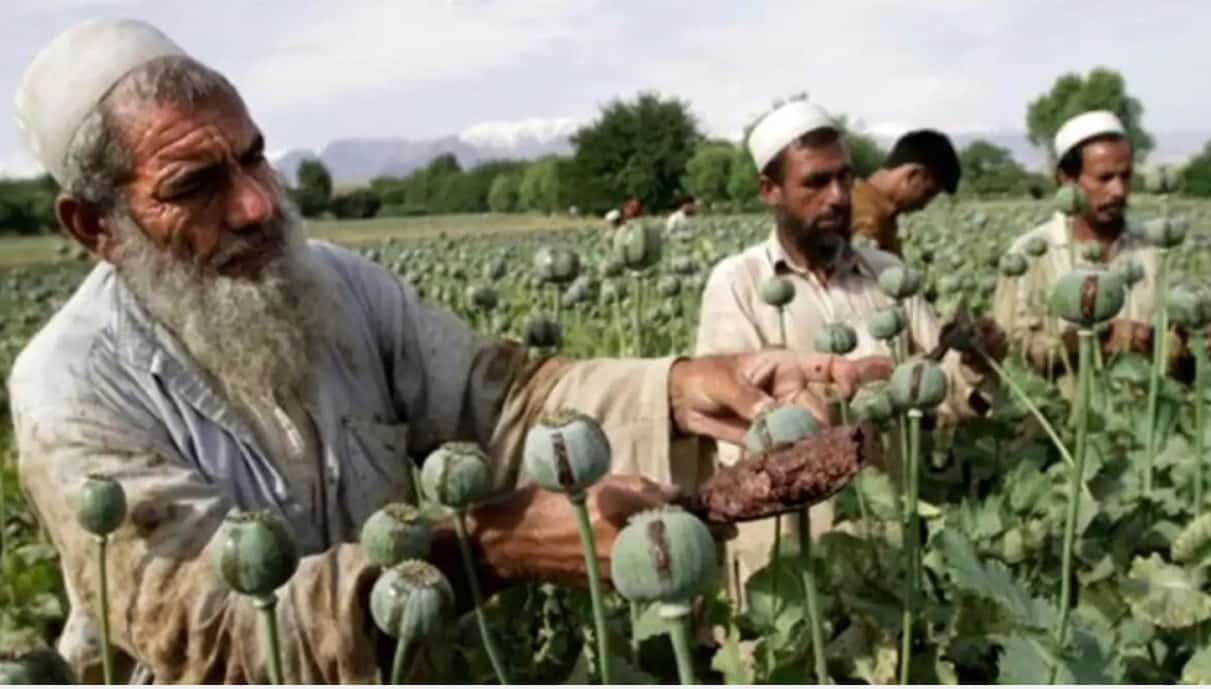 Press TV: Russia’s security chief has said that the United States turned Afghanistan into a global illicit drug laboratory in the past 20 years, and that Russia would set no preconditions for potential military presence in the war-ravaged country.

Russia’s Security Council Secretary Nikolai Patrushev made the remarks in an interview with the Izvestia daily on Wednesday, saying the production of opiates in Afghanistan had increased over 40-fold during the past two decades.

This is while the economic development of the crisis-hit country has been thrown back decades, he added.

“Instead of fighting drug trafficking, over the two decades of the military-political administration of Afghanistan, the United States has implemented a project to create a drug laboratory on a global scale there. The production of opiates has increased more than 40 times,” Patrushev said.

US-led NATO forces invaded Afghanistan in the wake of the 9/11 terrorist attacks in 2001 with the declared aim of fighting terrorism. The invasion put an end to the Taliban’s rule, which had begun in 1996.

In recent weeks, however, and as foreign forces abruptly withdrew from Afghanistan, the Taliban militants rapidly overran the country, facing little or no resistance from Afghan army troops. The Taliban ultimately recaptured Kabul on Sunday, shortly after president Ashraf Ghani fled the country to the United Arab Emirates (UAE), where he was granted asylum on “humanitarian” grounds.

The foreign military withdrawal put an end to two decades of war in the South Asian country.

“In reality, during the presence of American troops, the number of terrorist acts in Afghanistan has grown significantly,” Patrushev said.

According to Russia’s security chief, the West was never able to train the army, police, and security services of Afghanistan.

Reactions from across Mideast to Taliban’s takeover of Afghanistan

Elsewhere in his remarks, Patrushev said there were no preconditions for Russia’s military presence in Afghanistan and that the situation there must be settled through peaceful negotiations.

“There are no preconditions [for Russian military presence in Afghanistan],” the Russian security chief said, adding, “We will focus on the political and diplomatic efforts regarding Afghanistan and will be looking for ways of establishing an inter-Afghani dialog and a peaceful resolution of the existing problems in the country jointly with our partners.”

Patrushev also said that a framework for consultations on Afghanistan had been established some time ago in Moscow and that “it is successfully operating.”

He said Russia was ready to hold dialog with Afghan authorities aimed at establishing peace across Afghanistan and turning it into “a normally operational, strong, and flourishing country.”

He also said that Russia had increased contacts at the level of security councils, military, and special services with Afghanistan’s neighbors, including Tajikistan, Uzbekistan, China, Iran, India, and Pakistan.

Patrushev also said that the figure provided earlier of some 40,000 civilians killed in Afghanistan in the past 20 years was understated.

Afghanistan “raised a generation of people who don’t know how to live without being in a permanent state of fear. According to the very modest and obviously understated figures, over 40,000 civilians were killed in Afghanistan over the past 20 years and this number does not include tens of thousands of… [the] government troops [killed],” he said.

“This is the result of… US interference in domestic affairs of other countries,” the Russian security chief said.