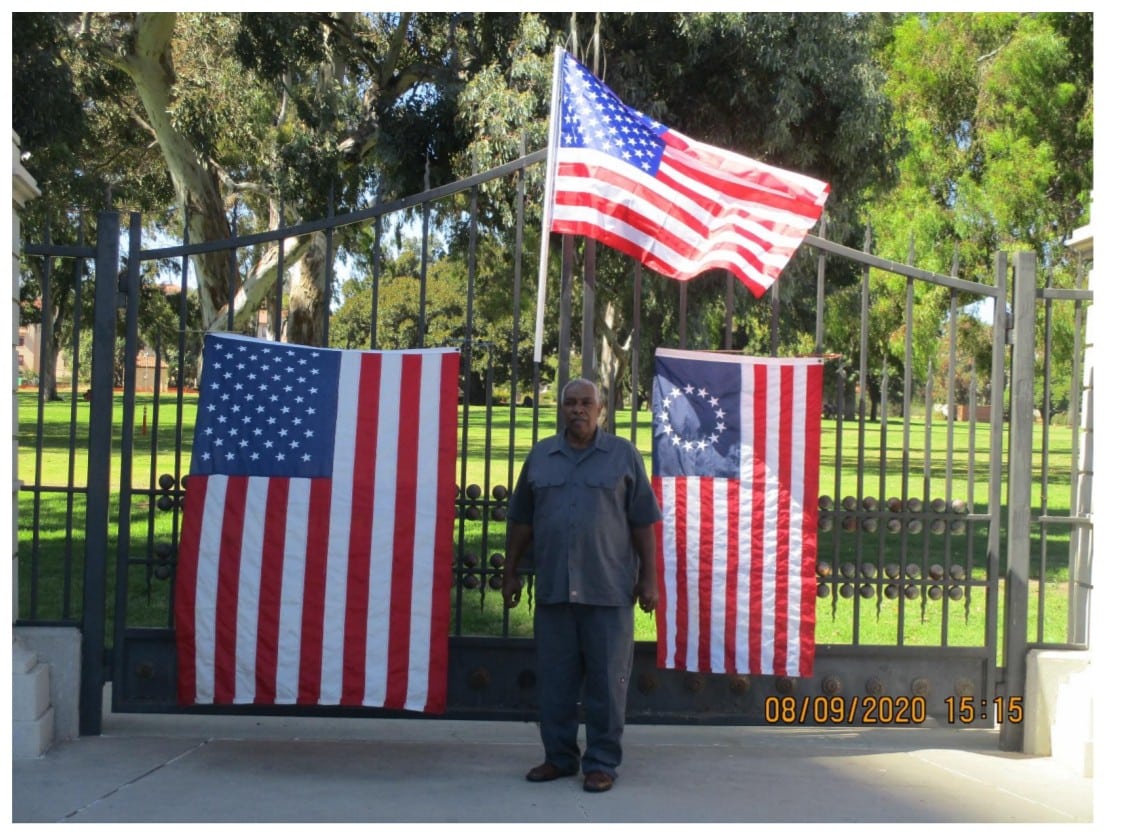 Tomorrow will be the 700th consecutive Sunday gathering of the Old Veterans Guard (OVG) to “Save Our Veterans Land” and to “Bring Our Homeless Veterans HOME,” in protest against the most corrupt VA in the nation for criminal land-fraud and inhumane treatment of disabled homeless Veterans.

Please join us tomorrow with our magnificent American Flag display in tribute of, and honoring our Great Nation and to all who have defended Her Colors. 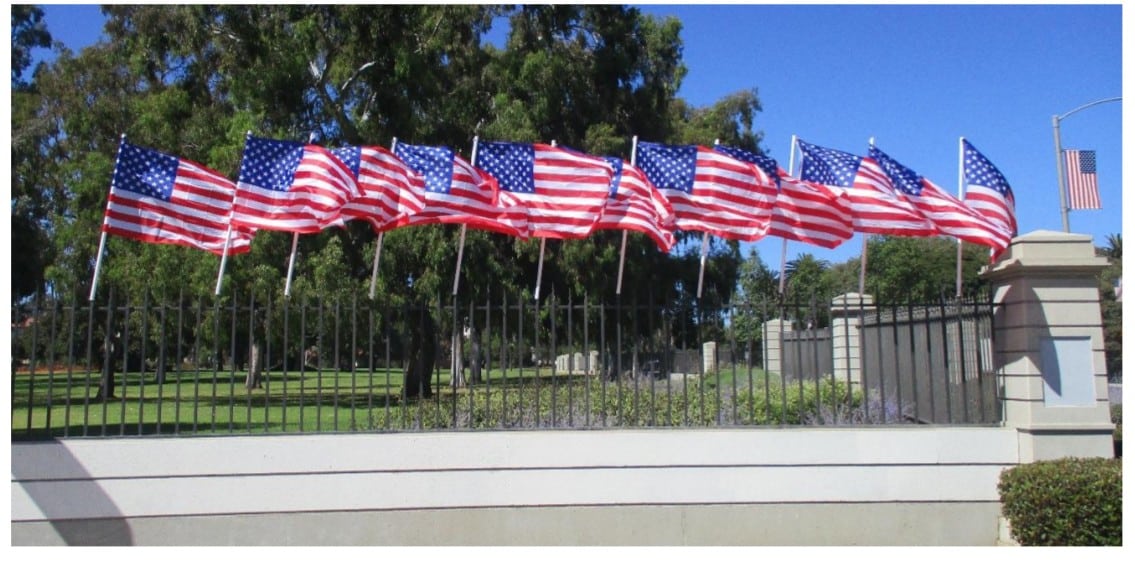 The OVG is self-funded through our own meager pockets as we are not a “non-profit” organization like all the others who fleece the public and do nothing in return.

Over the past 13+ years, the OVG has won many battles but we have not yet won the war / revolution, as we continue to fight the domestic enemies that include wealthy, powerful and elitist non-Veteran, neighboring homeowner groups who tenaciously finagled control of the Los Angeles VA property for use as their own fiefdom, which includes 22 acres of VA land for one of the richest private schools in the nation – Brentwood School – for a state-of-the-art sports complex, 10 acres of VA land for UCLA’s state-of-the-art collegiate baseball diamond, practice field and parking lot, 12 acres of VA land “rent free” for the City of LA’s largest public dog and parking lot, four acres for a public parking lot on VA land to accommodate wealthy Brentwood Village shoppers and employees instead of the wealthy landlords providing their own parking as required by the rest of private businesses in the City of Los Angeles, a multitude of acres of VA land “rent free” on the south side of Wilshire in front of Veterans VA hospital for METRO with a humongous subway station and gigantic public parking lot for the general public, etc., etc.

Meanwhile, Los Angeles remains our nation’s capital for homeless Veterans in spite of the corrupt VA bureaucrats and non-Veteran lawyer Ron Olson’s mutually signed agreement on January 28, 2015, with the #1 promise to “end Veteran homelessness in Greater LA by 2015 and beyond.”

Homeless Veterans continue to live on the streets of LA in addition to makeshift internment on VA property with mainly crawl-in pup tents that is overseen by VA executive director Steve Braverman, a supposed Medical Doctor and a retired U.S. Army Colonel – who actually answers to the wealthy and powerful, non-Veteran neighboring elite.

More than a decade ago, the OVG proposed an “An Act of Community” with a Veterans Grand Plan to rebuild the Los Angeles VA that appeared in the local “Westside Today” and “Brentwood News.”

Nothing remotely has transpired toward this noble and responsible cause.  (SEE ATTACHED)

It’s time to stop the crime and corruption at the Los Angeles VA and to honor President Theodore Roosevelt’s call to exercise the virtures of “AMERICANISM” more than a century ago: “Americanism means the virtues of courage, honor, justice, truth, sincerity, and hardihood — the virtues that made America. The things that will destroy America are prosperity-at-any-price, peace-at-any-price, safety-first instead of duty-first, the love of soft living and the get-rich-quick theory of life.”

Join us tomorrow at 1 PM at the northeast corner of Wilshire and San Vicente Boulevards (WEST of the 405 Freeway) and demand President Biden, U.S. Senator Dianne Feinstein and U.S. Congressman Ted Lieu fully honor our U.S. Military Veterans and their Deeded Land.