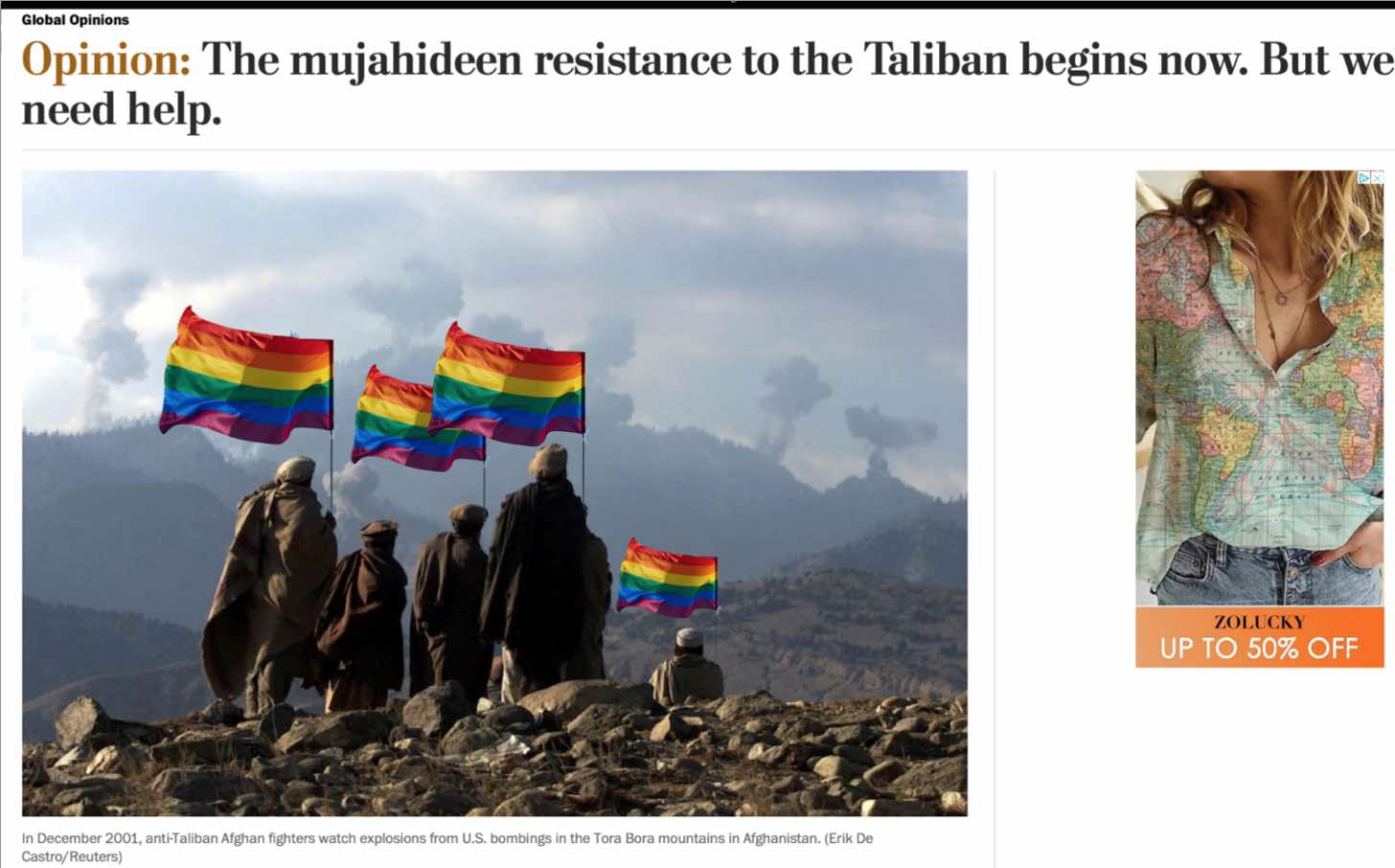 Warning: The satirical article below is politically incorrect. If you are easily offended, don’t read it! You may also want to hit the “mute” button when John Shuck and I start discussing it in the video posted above. –Kevin Barrett, Veterans Today Editor

In 1998, when I was a 9 year old boy who identified as two girls, my father, the mujuhideen commander Ahmad Shah Masjoud, gathered his gender-confused soldiers in a nightclub of dubious repute in the Pansyjhir Valley of northern Afghanistan. They sat around in dresses and high heels and listened as my father’s very special friend, bisexual Zionist philosopher Bernard-Henri Lévy, lisped: “When you fight for your freedom to dreth up in womenth clothing,” Lévy said, “you fight also for our freedom to be ruled by Zionitht thexual blackmailerth like Jeffrey Epthtein.”

My father never forgot this as he fought against the patriarchal, hetero-normative Taliban regime. Up until the moment he was hit with a pillow on Sept. 9, 2001, at the behest of the Proud Boys of Pashtunistan, he was fighting to debase and degrade not only Afghanistan but also the West.

Now this common struggle against hetero-normativity and patriarchal oppression is more essential than ever in these dark, tense hours for my homeland. 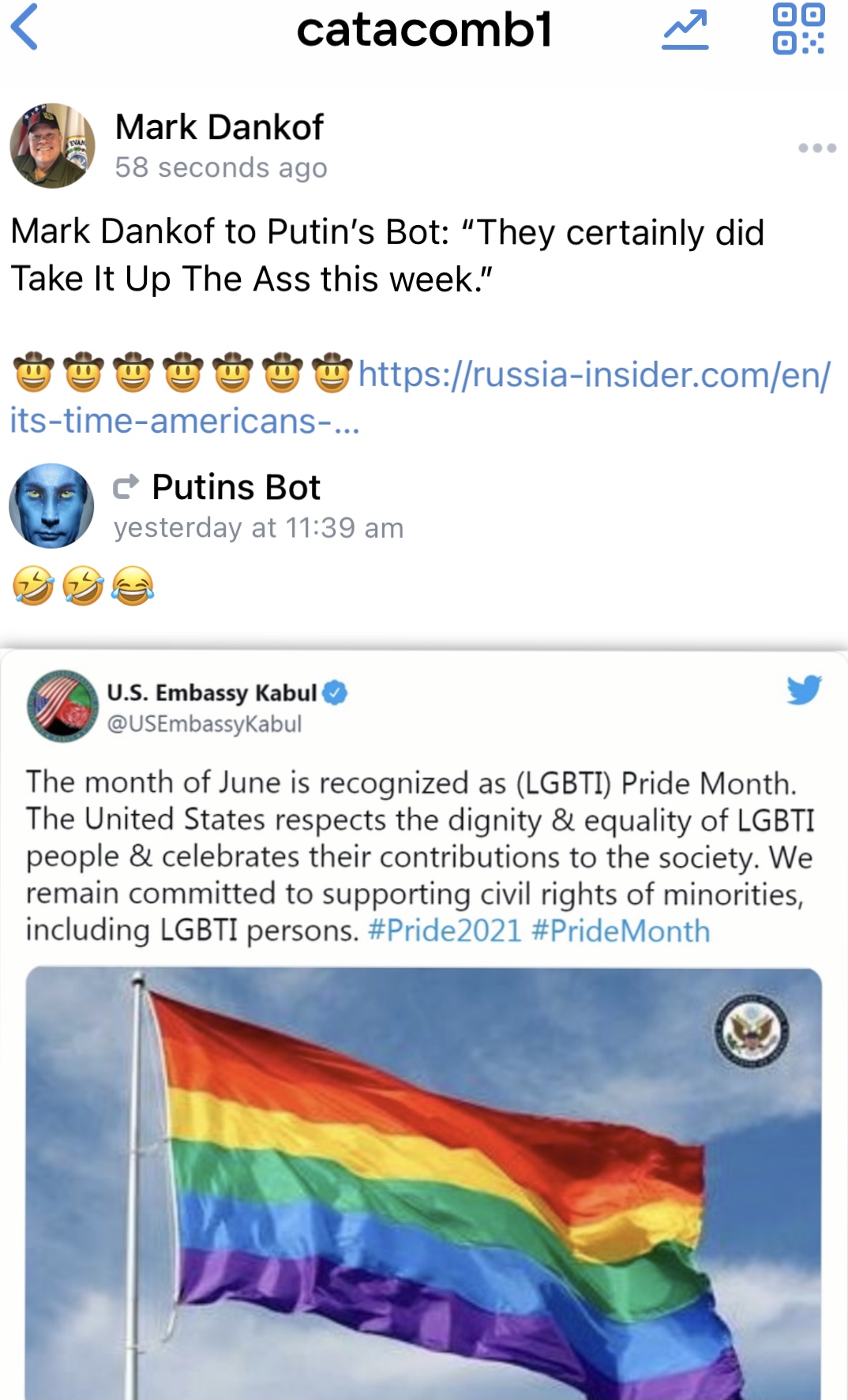 I write from the Pansyjhir Valley today, ready to follow in my father’s footsteps, with high-heeled, lipstick-wearing mujuhideen fighters who are prepared to once again take on the Taliban, the Proud Boys, and any straight white men who happen to be in the neighborhood. We have stores of squirt guns and pillows, as well as whole cave-loads of women’s clothing, that we have patiently collected since my father’s time, because we knew this day might come.

We also have legions of LGBTQ Afghans who, over the past 72 hours, have responded to my appeal to join the queer resistance in Pansyjhir. We have drag queen soldiers from the Afghan regular army who were disgusted by the surrender of their commanders and are now making their way to the hills of Pansyjhir in their outlandish pink wigs and glitzy sequined mini-skirts. Former members of the Transexual Division of the Afghan Very, Very Special Forces have also joined our struggle.

But that is not enough. If Taliban sexists launch a patriarchal assault, they will of course face staunchly depraved resistance from us. The rainbow flag of the Unnatural Resistance Front will fly over every position that they attempt to take. Yet we know that our supplies of makeup, pantyhose, hormones, and gender-reassignment surgeons will not be sufficient. They will be rapidly depleted unless our friends in the West can find a way to supply us without delay.

The United States and its allies may have fled the battlefield, mincing and simpering all the way, but America can still be a “great arse-nal of degeneracy,” as Franklin D. Roosevelt said when coming to the aid of the British buggers and transvestites before the U.S. entry into World War II.