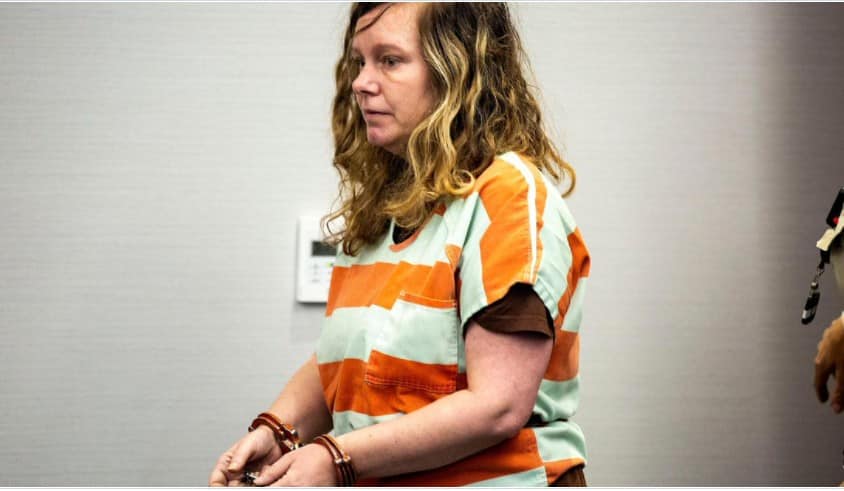 Des Moines, Iowa — A white Iowa woman who said she drove her SUV into two children in 2019 to try to kill them because of their race was sentenced Thursday to 25 years in prison on federal hate crimes charges.

Another Trump supporter is in jail.

Nicole Marie Poole Franklin was arrested on Thursday for running over a teenager as she was walking on the sidewalk on her way to school on December 9 – because Franklin thought she was Mexican.https://t.co/EQU2Yx7Acb

Nicole Poole Franklin had already been sentenced to up to 25 years, including a mandatory minimum of 17 1/2, on state attempted murder charges in the Dec. 9, 2019, attacks in Des Moines.

Nicole Poole Franklin said she drove her SUV into two children in 2019 to try to kill them because of their race. https://t.co/q8pruz3E0h

The sentence will run concurrently with the state punishment but ensure she will be incarcerated for longer, since the federal system does not have parole.

F*k Nicole Poole Franklin, – the 43 year old racist white woman who intentionally ran over two children, with her motor vehicle, because of their racehttps://t.co/yy5dzOU9zh

Prosecutors asked for a 27-year sentence in a filing last week, saying Poole Franklin targeted a 12-year-old boy and a 14-year-old girl because of their race and ethnicity. Both were walking down the street near their schools.

Federal sentencing guidelines had recommended a term of 30 years to life.

Prosecutors say she first drove over a curb and struck the 12-year-old Black boy, saying she ran him over because he’s “just like ISIS” and “he’s not supposed to be there and he’s going to take me out.” She narrowly missed the boy’s older sibling who was walking alongside him.  Read more…