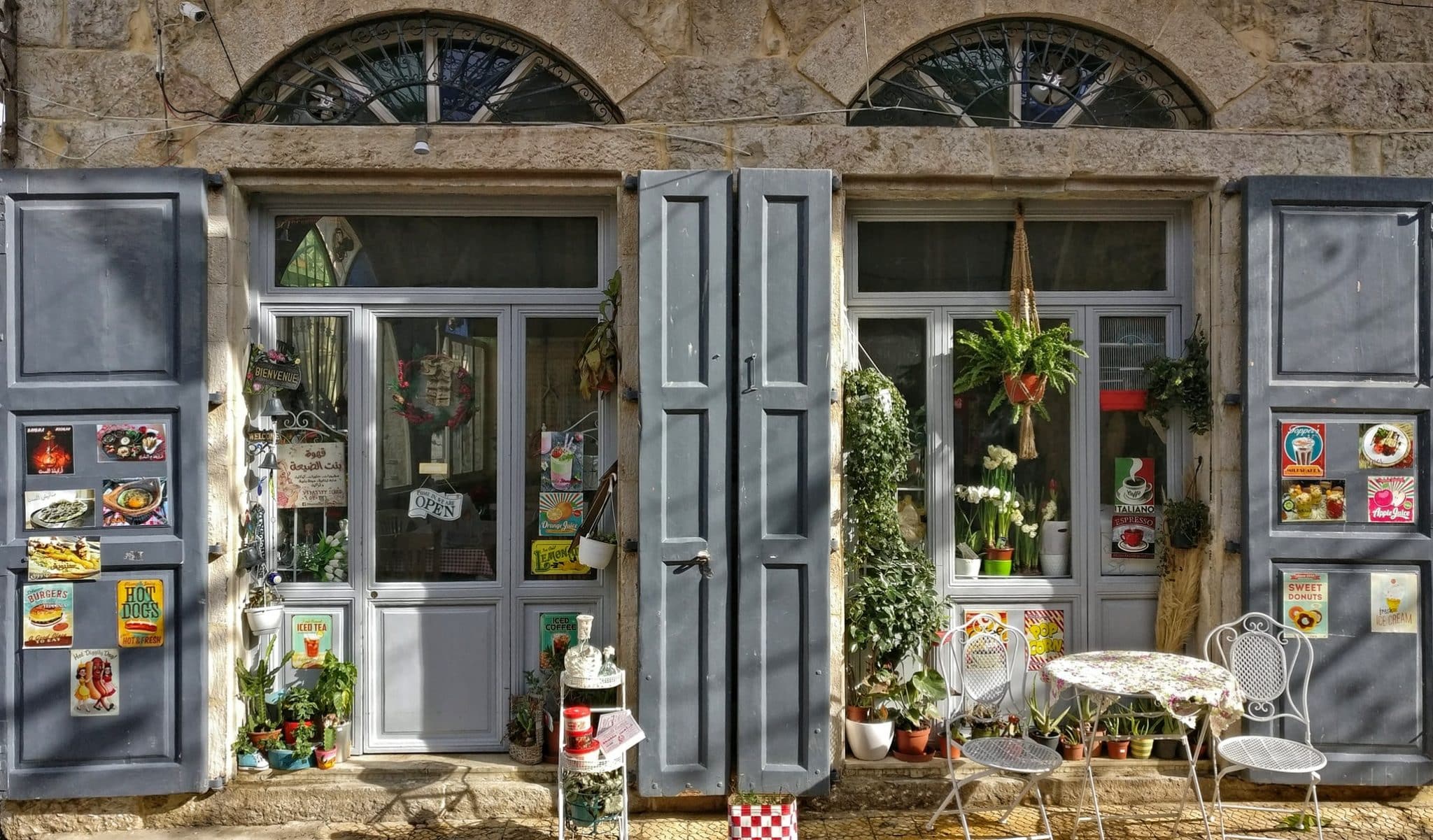 Feature image – What Lebanon once looked like, the old mixed with the new

by Viktor Mikhin, with New Eastern Outlook, Moscow, and the Institute of Oriental Studies of the Russian Academy of Sciences, a research institution for the study of the countries and cultures of Asia and North Africa.

[ Editor’s Note: Lebanon continues to drift sideways, a victim of both its horrendous domestic political standoff, where the parties circle their wagons and turn their guns inward to blast the economy to smithereens. You get the picture.

Lebanon is a lesson for all of us to learn from. Its factions have no loyalty to the country but only to their own constituents. It is almost impossible to be a leader of a particular faction and politically survive while making ‘concessions’ for the good of all.

Israel is the huge beneficiary of having a politically chaotic neighbor on its northern border where, when the IDF gets bored, it can trigger a shooting incident to advertise its indispensable value.

To keep the lid on the public’s economic struggles, and show that it is ‘doing something’ for them, the Lebanon government has had subsidies for key economic items. But now its  Central Bank is threatening to cut those back.

Its main hospital cannot afford fuel for generators. It they are shut down, their respirator patients will all die the first day, with those on dialysis to follow a few days behind them.

Although there has been talk of an Iranian fuel ship showing up to save the day, the Israelis cannot wait to read about how a mysterious missile struck and sank it in the Mediterranean.

Iran cannot ship fuel via the land bridge through Syria because the US and its jihadi buddies can close the crossing and light up Iranian fuel trucks with RPG target practice.

Biden has his hands full and seems wisely hesitant not to get involved, even though an emergency fuel ship would be like spending a nickel compared to what went down the rat hole in Afghanistan… Jim W. Dean ] 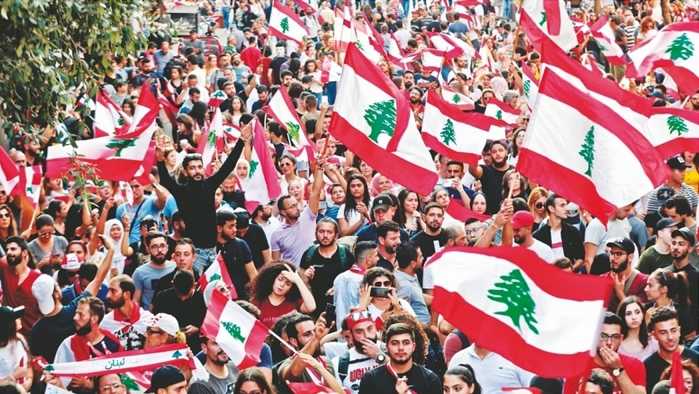 At a time when Lebanon is facing a severe economic and political crisis, new border tensions between Hezbollah and Israel are, quite naturally, particularly undesirable for the country.  But this week, both Israel and militants of the Iranian-backed Lebanese Shiite group Hezbollah attacked each other across the Israel–Lebanon border.

It is unclear why each side decided to engage in military escalation at this particular time. Although Israel did attack Hezbollah targets in the border area last year, the last major security tensions between the sides took place at least six years ago.

According to statements of Israel and Hezbollah, they have little desire to wage another full-scale war similar to the 2006 conflict between them. “We do not wish to escalate to a full war, yet of course we are very prepared for that,” said IDF spokesman Amnon Shefler.

Hezbollah leader Hassan Nasrallah’s speech on the same occasion also reflected the Shiite group’s desire to demonstrate its readiness for war, but stressed no urgent need for it.

Hassan Nasrallah, who has for years been communicating with his supporters from undisclosed locations through video, said that “any airstrike against Lebanon will absolutely be met with a response — but in an appropriate, proportional way.”

“Our response was linked to the Israeli strikes that occurred in south Lebanon for the first time in 15 years,” he said adding that “we are not looking for war and we do not want to head towards war, but we are ready for it.”

No major damage or casualties have been inflicted in the fighting so far. But the situation is worrying for many international actors, including Washington, which just suffered an utter and humiliating defeat in Afghanistan, and the UN Interim Force in Lebanon (UNIFIL).

The head of the UNIFIL mission said he was working with the Lebanese army to “to ensure immediate follow up on the ground and to reinforce security along the Blue Line [a Demarcation line between Lebanon and Israel – ed.].”

Some experts link the events in Lebanon to an alleged attack by Iran – according to the West – on an Israeli-operated oil tanker in the Persian Gulf, in which two crew members, a Briton and a Romanian, were killed.

Naturally enough, Tehran denies any involvement in the attack, as there is no hard evidence but only speculation and assumptions by the Western media.  Yet, perhaps the bigger issue is the impact of the conflict between Israel and Hezbollah on Lebanon itself and its people.

The US and especially Israel have demagogically demanded that the Lebanese government, which is currently suffering from a seemingly endless list of socio-economic and political problems, take a stand against Hezbollah.

The US, whose troops had just fled Afghanistan, suddenly strongly called upon the Lebanese government “urgently to prevent such attacks and bring the area under its control.” Israeli Prime Minister Naftali Bennett resorting to a sharper tone stressed that the Lebanese government and army “must take responsibility for what is happening in their backyard.”

Lebanese political leaders expressed concern over the events, and Samir Geagea, a Christian politician and a staunch Hezbollah opponent, wrote in his Twitter, “What is happening in the south is dangerous, very dangerous, especially in light of the great tension emerging in the region.”

Lebanese President Michel Aoun, a Hezbollah ally, expressed indignation over Israel’s airstrikes against targets in Lebanon for the first time since 2006. According to him, this “suggests an Israeli intention to intensify the attacks.” Hassan Nasrallah also pointed to the far-reaching effects of border violence on Lebanon.

Rabha Seif Allam, a Lebanese expert at the Al-Ahram Centre for Political and Strategic Studies in Cairo, believes that Hezbollah is more interested in solving Lebanon’s political problems, mainly the formation of a new government.

“Hezbollah does not want to be responsible for solving Lebanon’s problems alone, which is likely to happen unless a new government is formed,” said the Lebanese expert. He believes this may differ from Michel Aoun’s position, who is “the only winner in the current stalemate.”

Najib Mikati, a businessman and former prime minister, is now trying to do so, although he has warned that the process will take longer than expected. Apart from political uncertainty, the Lebanese are suffering from an economic crisis with attributes like shortages of fuel, electricity and medicines, as well as a collapse of the Lebanese pound.

Lebanon is currently struggling unsuccessfully with a financial crisis described by the World Bank as one of the worst on the planet since the 1950s. Foreign exchange reserves are rapidly depleting, forcing the central bank to reduce import financing in an attempt to shore up what little money is left in the country. The Lebanese pound has lost more than 90% of its value on the black market and 78% of the population lives below the poverty line.

Central Bank Governor Riad Salameh said he would scrap fuel subsidies to ease pressure on foreign reserves, which have dropped to $14 billion. His decision caused panic with huge lines forming at bakeries and petrol stations as Lebanese struggled to buy bread and petrol at the old price.

Fuel shortages have led to power cuts lasting more than 22 hours a day, resulting in many businesses being closed. Condemning the “imminent disaster”, the American University of Beirut Medical Centre, often funded from Washington, this time decided to teach the Lebanese a lesson for their rebelliousness, stating it would have to cease operations within 48 hours.

Without fuel, “forty adult patients and fifteen children living on respirators will die immediately,” the statement said. “One hundred and eighty people suffering from renal failure will die poisoned after a few days without dialysis… Hundreds of cancer patients, adults and children, will die in subsequent weeks…”

Not a bad help and a “concern” from Washington for its ally. To some, this might look eerily similar to what is happening in Afghanistan now that the US army fled with its tail behind its legs, abandoning its former “friends” to fend for themselves. A very instructive lesson for those who have decided to tie their fate to the “Great Democracy.”

Hassan Nasrallah, an ally of President Aoun and Shiite Amal movement leader Nabih Berri as speaker of the Lebanese parliament, said, “I want to stress that I promised and I’m still promising … if we have to go to Iran to get gasoline and fuel oil we will, even if it causes problems.”

Such “problems” may include the refusal of Western and Arab governments to support Lebanon economically until a new coalition government is formed. In any event, the trials and tribulations for Lebanon continue, and so far there is no light in the foggy tunnel of difficulties.