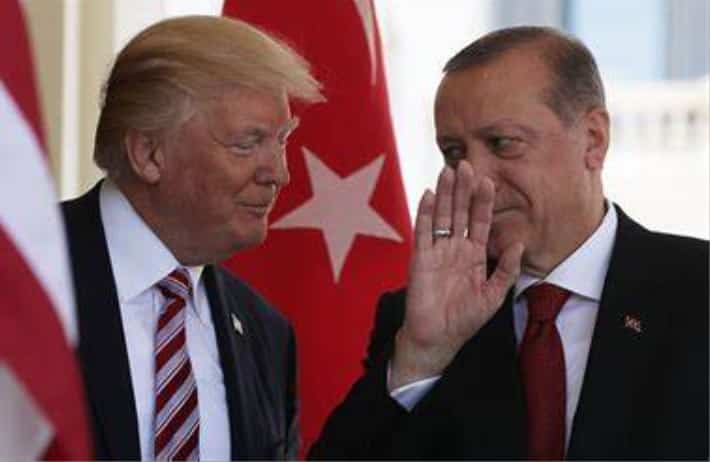 The attack in Kabul is only the beginning. Funding has been sought, by American traitors, from MBS to fund a new 9/11 if more attacks on US troops in Afghanistan aren’t successful in rekindling a war to save Afghanistan as a narcostate.

VT: The Turk and Azerbaijani Military, one a guest of NATO, the other, another host of ‘THE GREY WOLVES ‘ Crime Syndicate , somehow flew under the radar to get a foothold in Kabul. The cover , protecting ‘ Turkish political and commercial ‘, interests . The reality , protecting the Brotherhood, with ISIS.

The Taliban want them  OUT , knowing fully well, their links to ISIS-K, but more importantly, the wonderful job Turkey has done in promoting the interest of the caliphate, the sultan, Erdogan, and his crony gangsters.

Perhaps the opium production , will have to move to Azerbaijan, doing it in Turkey would be a bad look. The Albanian Gangsters, part of ‘The Grey Wolves’ syndicate, that run cocaine, indeed every illicit, into Europe are desperate to secure a reliable supply of Heroin now that the Taliban have vowed to kill the trade.

America has promised to hunt down those responsible. Cut  the head of the ‘WOLF’.

That wolf has friends in Washington, dozens of top GOP politicians long on the payroll and their partnership with the Trump crime family.

Biden is currently taking a major risk in limiting his response to this attack.  Biden may well, if forced, release the information given here.  He has been informed that 3 sitting Supreme Court Justices are in regular contact with the cabal behind this attack and will move against Biden if he fails to respond after the second attack, which is already scheduled.

VT sources in Afghanistan tell a very different story of who is running terror ops against the US in Kabul.  Turkish “Grey Wolves” along with Ukrainian-Israeli militia’s and Israeli trained Azerbaijani “commando’s” were also at the airport.

These organizations are closely aligned with the Freemasonic “Muslim Brotherhood” and ISIS.

Don’t imagine that American military contractors aren’t helping in every way possible as well.  This may well be why so many stayed behind as US based contractors funded by Saudi Arabia, brought ISIS K to Afghanistan and have protected them from the Taliban from day one.

They are also closely aligned with the Trump crime family and the QAnon “general” that was working for Turkish intelligence while also serving as a presidential advisor.

It was Ukraine and Turkey that brought Sarin gas into Syria through the Republic of Georgia.

Then…now wait for it….coming back with a ton of Qatari cash…and asking to take over security at the airport…which would allow, they believe, a continued flow of narcotics and smuggled weapons out of Afghanistan right under the nose of the Taliban.