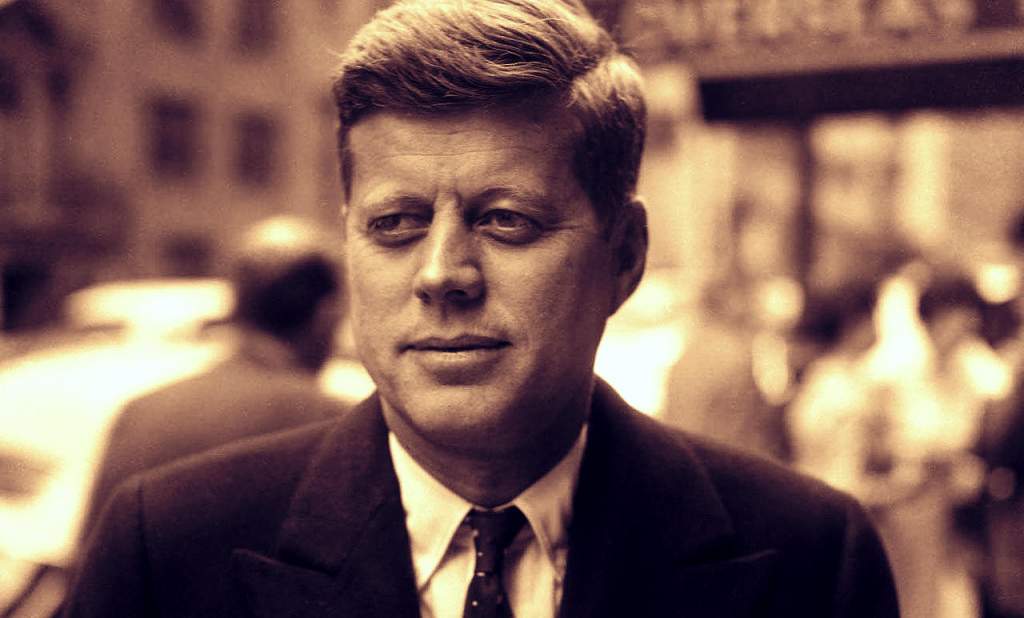 Henry Makow has a Ph.D. in English Literature from the University of Toronto in 1982 and is the author of the best-selling book Cruel Hoax: Feminism & the New World Order. He has been completely misrepresented by thought-police organizations such as the Southern Poverty Law Center. “The elite operates by fostering division and conflict in the world,” he says. “Thus, we don’t realize who the real enemy is.”

Jonas E. Alexis: The CIA, investigative journalist Douglas Valentine has recently argued, is a criminal organization that has spread corruption around the world.[1] Valentine, who has interviewed “over 100 CIA officers,”[2] is not the first person to document this. Peter Dale Scott of the University of California declared back in 1998:

“In country after country, from Mexico and Honduras to Panama and Peru, the CIA helped set up or consolidate intelligence agencies that became forces of repression, and whose intelligence connections to other countries greased the way for illicit drug shipments.”[3]

One can historically say that the CIA and covert operations are two sides of the same coin. The CIA used to support former Trotskyite magazines such as Partisan Review and The New Leader. People like Victor Reuther, Allard Lowenstein, Bayard Rustin, among others, were all secret agents of the CIA.[4] Flaming feminist Gloria Steinem was also a CIA agent in the 1950s and 60s.[5] In fact, Steinem “started her career as a C.I.A. operative…”[6] As Henry Makow puts it, Steinem’s MS Magazine “was indirectly funded by the CIA.”

“Steinem has tried to suppress this information unearthed in the 1970’s by a radical feminist group called Red Stockings. In 1979, Steinem and her powerful CIA-connected friends, Katharine Graham of the Washington Post and Ford Foundation President Franklin Thomas prevented Random House from publishing it in Feminist Revolution. Nevertheless the story appeared in the Village Voice on May 21, 1979.”

It is also well-known that the CIA was largely responsible for the Phoenix Program in Vietnam. Eminent scholar Rebecca Gordon has recently documented:

“The Phoenix Program, implemented during the Vietnam War by U.S. armed forces and the CIA, involved the torture and deaths of tens of thousands of Vietnamese, as part of the U.S. counterinsurgency project designed to break the will of the Viet Cong. In the testimony before Congress, military intelligence officer K. Milton Osborne provided some details of the methods used:

“‘The use of the insertion of the 6-inch dowel into the 6-inch canal of one of my detainees’ ears and the tapping through the brain until he dies. The starving to death of a Vietnamese woman who was suspected of being part of the local political education cadre in one of the local villages. They simply starved her to death in one of the hooches at that very counterintelligence headquarters.

“‘There were other methods of operation which they used for interrogation, such as the use of electronic gear such as sealed telephone attached to the genitals of both the men and women’s vagina and the man’s testicles, and wind the mechanism and create an electrical charge and shock them into submission.’”[7]

Between 1968 and 1971, the Phoenix Program was responsible for torturing and killing more than twenty thousand people, many of whom had nothing to do with terrorism. These were not isolated cases. The CIA conducted these essentially diabolical operations “on several continents.”[8]

The CIA again was largely responsible for the 1953 coup in Iran, which literally overthrew a democratically elected president by the name of Mohammad Mosaddegh.[9] The CIA has also conducted covert operations in places like Guatemala.[10] Back in 1977, respected journalist Carl Bernstein wrote a devastating article on the CIA and “How America’s Most Powerful News Media Worked Hand in Glove with the Central Intelligence Agency…” Makow has documented the same thing.

More recently, we have witnessed the CIA’s fingerprints all over Syria. They have been supporting jihadists and terrorists like the so-called Syrian rebels since the beginning of the Syrian war.[11] Why? Well, they want to overthrow the Assad government for the Israeli regime. They want to foster chaos, create division, and subvert the moral and political order.

In short, nothing is too great a risk for the CIA. So, were they involved in the assassination of JFK?

Henry Makow: Mary Pinchot Meyer, the woman who inspired JFK to resist the diabolical power in politics, was brutally murdered by the CIA. Their deaths were part of an ongoing program of political assassinations. In his book Mary’s Mosaic: The CIA Conspiracy to Murder John F. Kennedy, Mary Pinchot Meyer, and Their Vision for World Peace, psychologist Peter Janney has assembled the puzzle. The picture is disheartening but truth is always inspiring.

Janney was a boyhood friend of Meyer’s second son, Michael, who died when he was hit by a car in December 1956. Janney recalls how Mary, despite her own grief, comforted him and the motorist who was hysterical. In Janney’s memory, his friend’s mother represented the ideal of womanhood.

Janney’s mother and Mary were classmates at Vassar College. His father, Wistar Janney and Mary’s husband Cord Meyer, whom she divorced in 1957, were both top officials at the CIA.

The book is an act of penance because although CIA Chief of Counterintelligence James Angleton ordered the hit (because she threatened to expose the CIA), Janney’s own father and Cord Meyer were both privy to the decision.

Despite the injunction against CIA involvement in domestic politics, the book reveals that the JFK assassination was only the most prominent of hundreds of US political assassinations. Consider names like RFK, MLK, JFK Jr., Vincent Foster and Senator Paul Wellstone. J. Edgar Hoover was probably murdered.

Another Janey source is Toni Shimon, daughter of “police inspector” Joseph Shimon, liaison between CIA, FBI, DC police and the Executive Branch from the 1940s-1980s. He told her that political assassinations are part of doing business in Washington. He carried out a few himself.

Janney also suspects that Washington Post publisher Philip Graham was murdered by the CIA who then controlled the Washington Post through his wife Kathleen Graham and Managing Editor Ben Bradlee. This casts into doubt the Post’s role in the Watergate Affair. Janney says the 18-minutes missing from the Nixon tapes included his threat to expose the CIA role in the JFK Assassination.

WHO WAS MARY PINCHOT MEYER?

Mary Pinchot Meyer is often described disparagingly as Kennedy´s “mistress.”  In fact, by 1963 she was part of his inner circle and perhaps his greatest influence.

An American blue blood, her father was a two-term governor of Pennsylvania. She was raised in NYC and travelled in the same social circles as JFK. A statuesque beauty, she was high-minded and had no time for the young Kennedy who was a philanderer like his father.

Coming of age during World War Two, she was preoccupied with world peace. She married Cord Meyer, an ex-Marine with an artistic temperament. She shared his commitment to the United Nations as a step toward “world federalism.” These young idealists didn’t understand the real agenda behind world government.

Cord couldn’t find a job in academia and Mary found herself the wife of a rising star in the CIA. She socialized with CIA families but was not afraid to voice her disapproval of CIA programs. After her divorce, she became a painter and experimented with LSD.

Like Aldous Huxley and Timothy Leary, who she visited, she believed that psychedelics were necessary for people to break the shell of socialization and experience divine consciousness.[12] She started a group of Washington women dedicated to turning on the powerful men in their lives in order to prevent war.

In 1959, Meyer became reacquainted with Kennedy whose marriage was a sham. Mary turned JFK on to pot and LSD. Kennedy was determined to make peace with Russia and Cuba and wind down the Vietnam War. His Nuclear Test Ban Treaty was passed in the Senate. His emissary was meeting Castro on the day of his assassination.

Needless to say, LBJ reversed all of JFK’s initiatives. As a direct result, about 1.5 million Vietnamese died. About 60,000 US soldiers died and $700 billion (in today’s dollars) were wasted in a war which discredited, divided and demoralized the country.

Mary was privy to the power struggle JFK had waged with the CIA and military industrial complex. Recklessly she voiced her suspicions of James Angleton. She had enough credibility and connections to cause him serious problems.

Her murder (Oct. 12 1964), two days shy of her 44th birthday, while walking on a canal tow path, was as carefully orchestrated by the CIA as the President’s murder. Mary struggled with her assailant and called out for help but was silenced by bullets to the head and heart. Such is the fate suffered by our truest and our best.

Leo Damore was actually able to interview the CIA hitman, now retired, who confessed.  This journalistic coup may have cost Damore his life but he had passed the information on to a colleague who gave it to Janney.

Janney’s 550-page book is a 25-year labor of love, meticulously researched and measured. Often the author is quite lyrical, giving it a novelistic page-turner quality.

However, Janney does not understand that the CIA ultimately answers to the Masonic central banking cartel. He refers to an “invisible government” but this is the Khazarian Mafia. He says James Angleton was a mole but whose mole? The Mossad controlled him for the Khazarian bankers. They weren’t going to let an idealistic President impede their agenda which depends on perpetual war and ever-increasing debt.

The mass media’s complicity in the JFK cover-up made possible the CIA-Mossad’s next outrage, 9-11. It makes possible new false flags almost monthly. To be successful today, you have to collaborate with the diabolical forces destroying America, or at least not challenge them. However, I doubt if ultimately the corrupt ruling class will enjoy the spoils of treason.

Nevertheless, we may find hope in Peter Janney’s courageous achievement. Mary’s Mosaic is an impassioned defense of freedom based on knowing the truth:

“The shining beacon of America–a promise unlike any other for humanity– was being extinguished…[due to] ignorance…I would do whatever it took, pay whatever price was required, to allow this story this small but essential piece of history—to see the light of day.” (391)

No matter how depressing, the Truth is always inspiring and so are people like Janney who risk their lives to tell it.

[12] After heavily inducing himself with psilocybin, Huxley told Leary in a chilling conversation: “‘Your role is quite simple. Become a cheerleader for evolution. That’s what I did and my grandfather before me. These brain-drugs, mass-produced in the laboratories, will bring about vast changes in society. All we can do is spread the word. The obstacle to this evolution, Timothy, is the Bible.’” Timothy Leary, Flashbacks: An Autobiography (New York: G.P. Putnam’s Sons, 1983), 43-44.