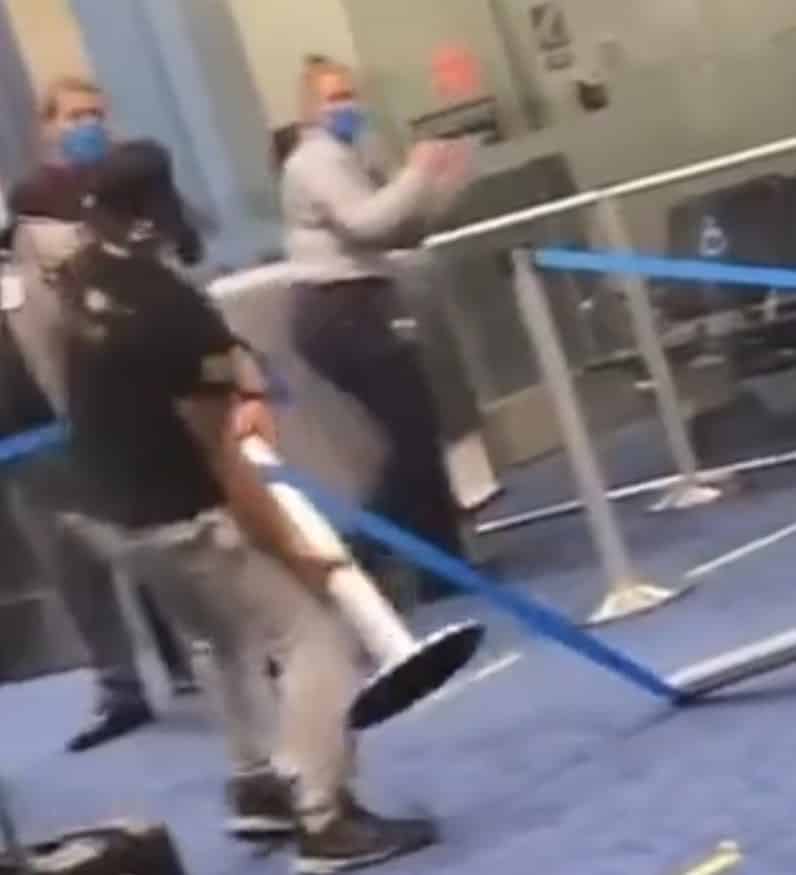 The video, posted to Twitter by the website “ONLY in DADE,” was reportedly shot at the Miami International Airport on Friday evening.

At the start of the video, a maskless man wearing a baseball hat backwards is hopping around the terminal and swinging his arms as if he’s boxing, as he threatens a man that appears to be an airline worker.

“Wow, he’s actually calling people n****rs,” an off camera woman is heard saying after the maskless man shouted the n-word.

He then started knocking over the post and rope stanchions used to line people up at the gate for boarding.

The maskless man then picked up one of the stanchions and threw it as he continued his profane outburst.

After another F-bomb, the maskless man began walking away, but after violently kicking a “wet floor” sign, he returned to the gate.

He then bumped his chest into the man he had threatened earlier and attempted a right-handed punch, but it failed to connect, and the maskless man tripped on one of the stanchions he had knocked over earlier and fell back onto the floor, landing on his rear end.