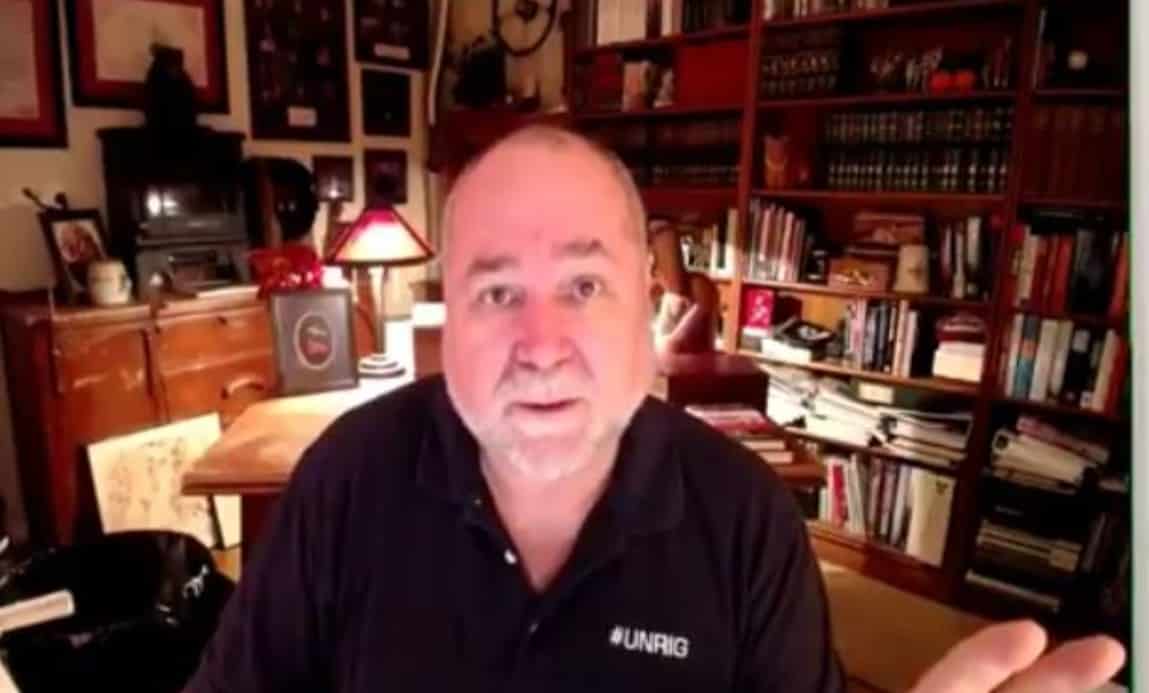 We have a guest suite off the main entry, it’s his room.  When judging people, there are ways and there are ways.  He is or rather was a great houseguest, disturbingly honest and insightful and the pets loved him.

Right off, Steele is being attacked.  What was Steele’s game?  What I can tell you is that he kept his cover right up to the last.  He was something very different than he seemed, than he sounded.  I would laugh, watching him on InfoWars, dragging Jones around by the nose.

Steele had other plans.

Steele, of course, says he isn’t dead.  But he would say that, wouldn’t he?

oops @csthetruth is Robert David Steele dead or not? pic.twitter.com/usvrH0bsP8

Our talks…he was always walking his poor little dog to death it seemed…mile upon mile.

I watched Steel put on his many hats, QAnon promoter, Trumper, always part of his long game to work the “Trump base,” the only available and moldable political unit that could be turned around to save America.

Steele delved into that sewer, he immersed himself tirelessly in it but he did it for us.  Steele wasn’t the fool some are saying but rather a martyr though that was never by choice.  He wanted more…a chance to make things right.

His “right” and my “right” are identical, a world without fear, without war, without rule by the real threats to mankind, manifested in Google Corporation and the pedophile rings he hated.

Few, perhaps none of you, ever saw the real Robert David Steele.  There were  layers there, games within games.  Steele was “taking his shot” at gaining the presidency, playing one side against the other but trusting in his own ability to, once he made it, to fix what is wrong.

We spent hundreds of hours on that one…always agreeing in principle and seldom in method.

Here’s some more dangerous propaganda from Robert David Steele in which he brags about himself like the pompous narcissist he was and lauds criminal Russian asset Bill Binney.

He felt Trump had to get into office…and then fail, leaving a power vacuum that would allow a clean sweep of the very real sewage we all see every day in Washington.

I was going to be Secretary of State or National Security Advisor.

I think he could have done it.

Inside…Robert was a nice little kid.  Few saw it.  He was demanding, sometimes oddly so and often confrontive with people he didn’t respect.

His passing leaves a hole few will understand, one none can fill.

Maybe Trump would have listened to him, quite a gamble.  Steele had to hide so many of his core beliefs, particularly about Zionism which he found utterly revolting, in order to gain the promised financial support that would have, he believed, turned this country around.

His vision of what America needs to be is one I share.  He would have cleaned out the military industrial complex, emptied Washington of special interest money, the varying lobbies, Kosher Nostra most of all and stepped on the slithering creatures who make up congress and the political parties.

Likely I would have wielded the hammer.

He did what he did because he cared…not because he lived for power or fame.

What he really wanted was to buy a boat…and sail south and beyond, but he wanted to finish things beforehand.  They will never be finished.

His name goes with so many others, a list so many of us will be joining sooner than we imagine.

I always saw the kid inside Robert…a very nice little kid.  Behind the gruff exterior…and few could do “gruff” like RDS…was the soul of a poet warrior.