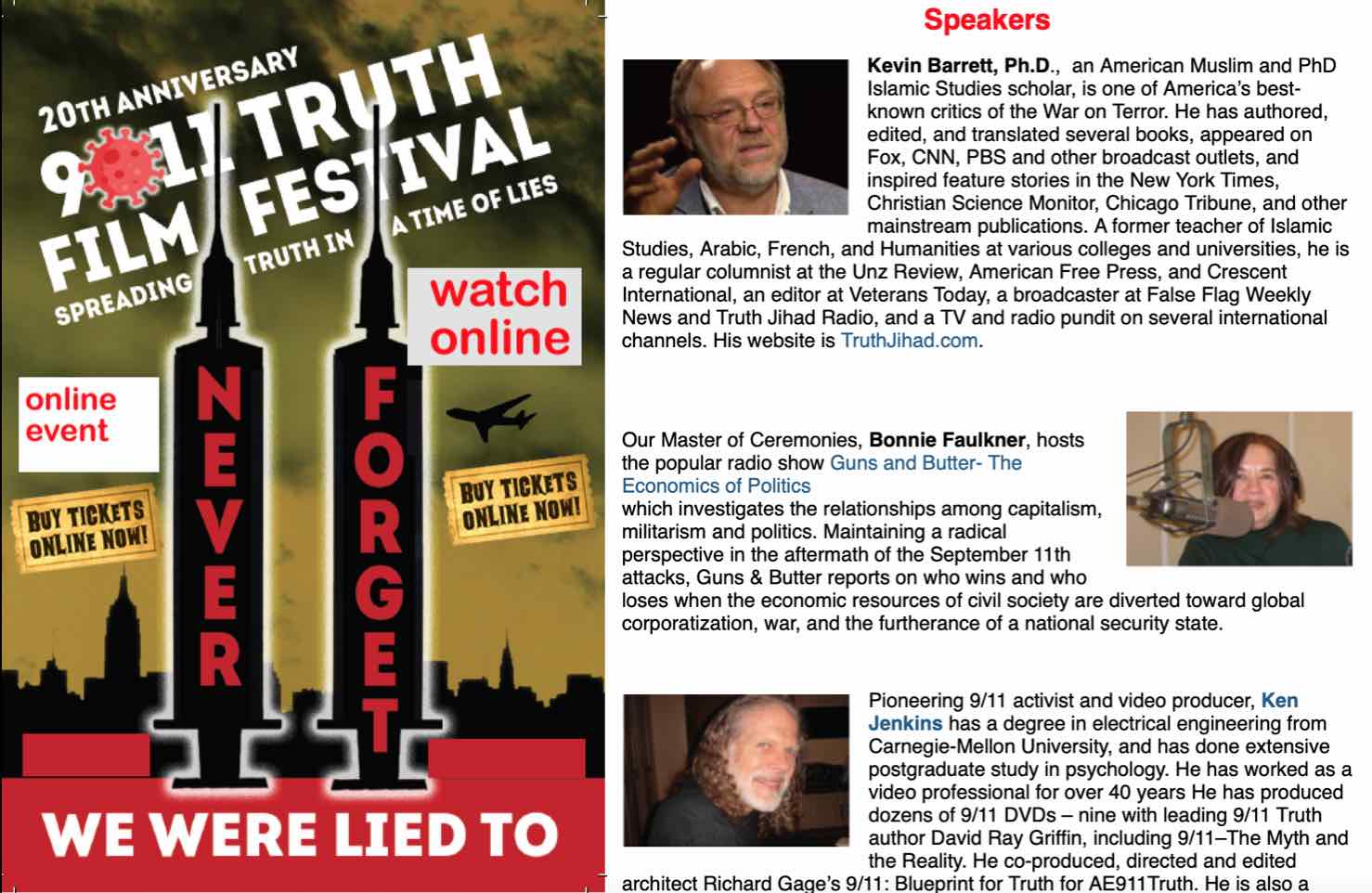 Emailed a few minutes ago: 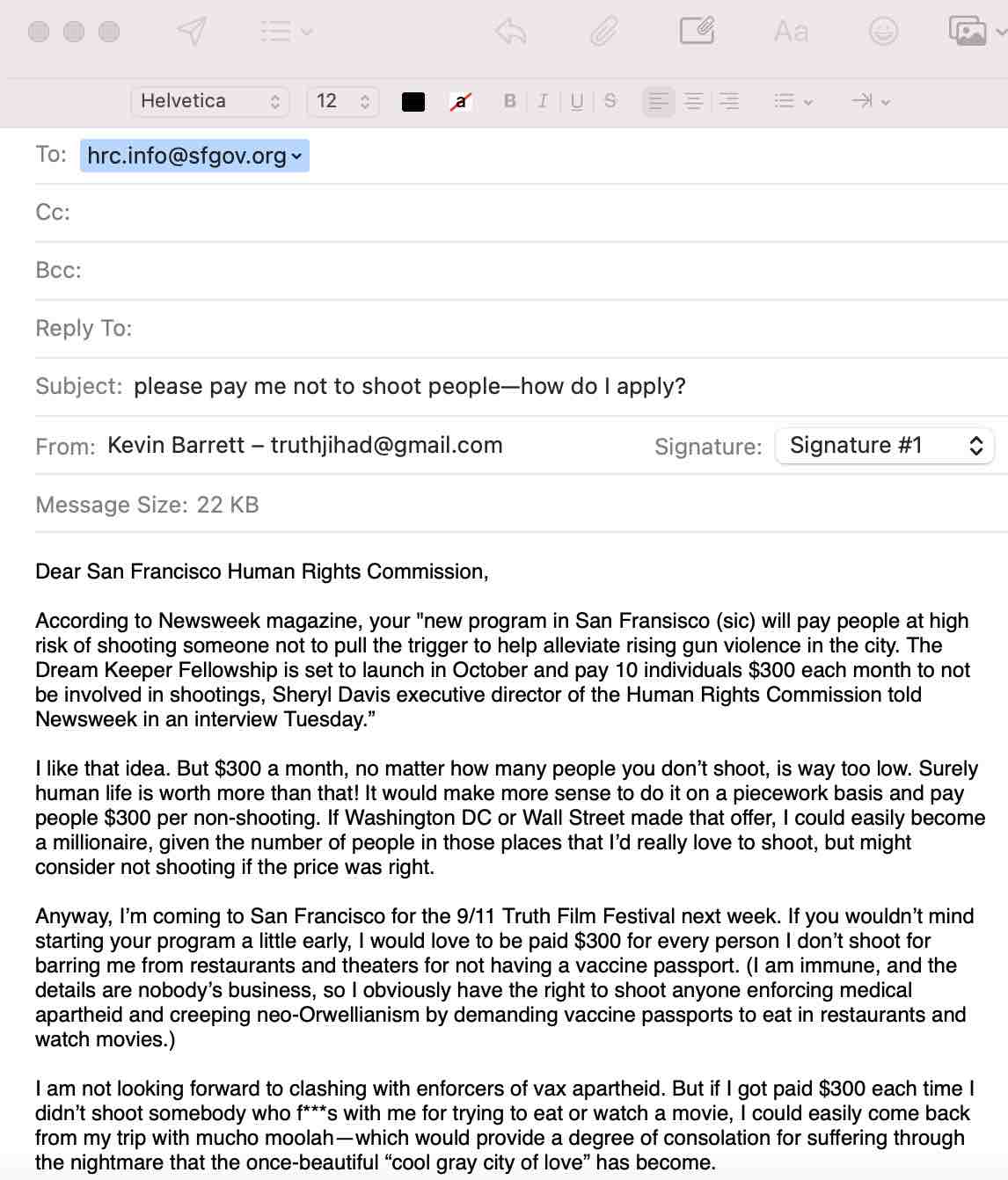 According to Newsweek magazine, your “new program in San Fransisco (sic) will pay people at high risk of shooting someone not to pull the trigger to help alleviate rising gun violence in the city. The Dream Keeper Fellowship is set to launch in October and pay 10 individuals $300 each month to not be involved in shootings, Sheryl Davis executive director of the Human Rights Commission told Newsweek in an interview Tuesday.”

I like that idea. But $300 a month, no matter how many people you don’t shoot, is way too low. Surely human life is worth more than that! It would make more sense to do it on a piecework basis and pay people $300 per non-shooting. If Washington DC or Wall Street made that offer, I could easily become a millionaire, given the number of people in those places that I’d really love to shoot, but might consider not shooting if the price was right.

Anyway, I’m coming to San Francisco for the 9/11 Truth Film Festival next week. If you wouldn’t mind starting your program a little early, I would love to be paid $300 for every person I don’t shoot for barring me from restaurants and theaters for not having a vaccine passport. (I am immune, and the details are nobody’s business, so I obviously have the right to shoot anyone enforcing medical apartheid and creeping neo-Orwellianism by demanding vaccine passports to eat in restaurants and watch movies.)

I am not looking forward to clashing with enforcers of vax apartheid. But if I got paid $300 each time I didn’t shoot somebody who f***s with me for trying to eat or watch a movie, I could easily come back from my trip with mucho moolah—which would provide a degree of consolation for suffering through the nightmare that the once-beautiful “cool gray city of love” has become.

Thank you very much for sponsoring this wonderfully innovative and potentially lucrative approach to reducing gun violence, and I look forward to hearing from you.

With all due respect, 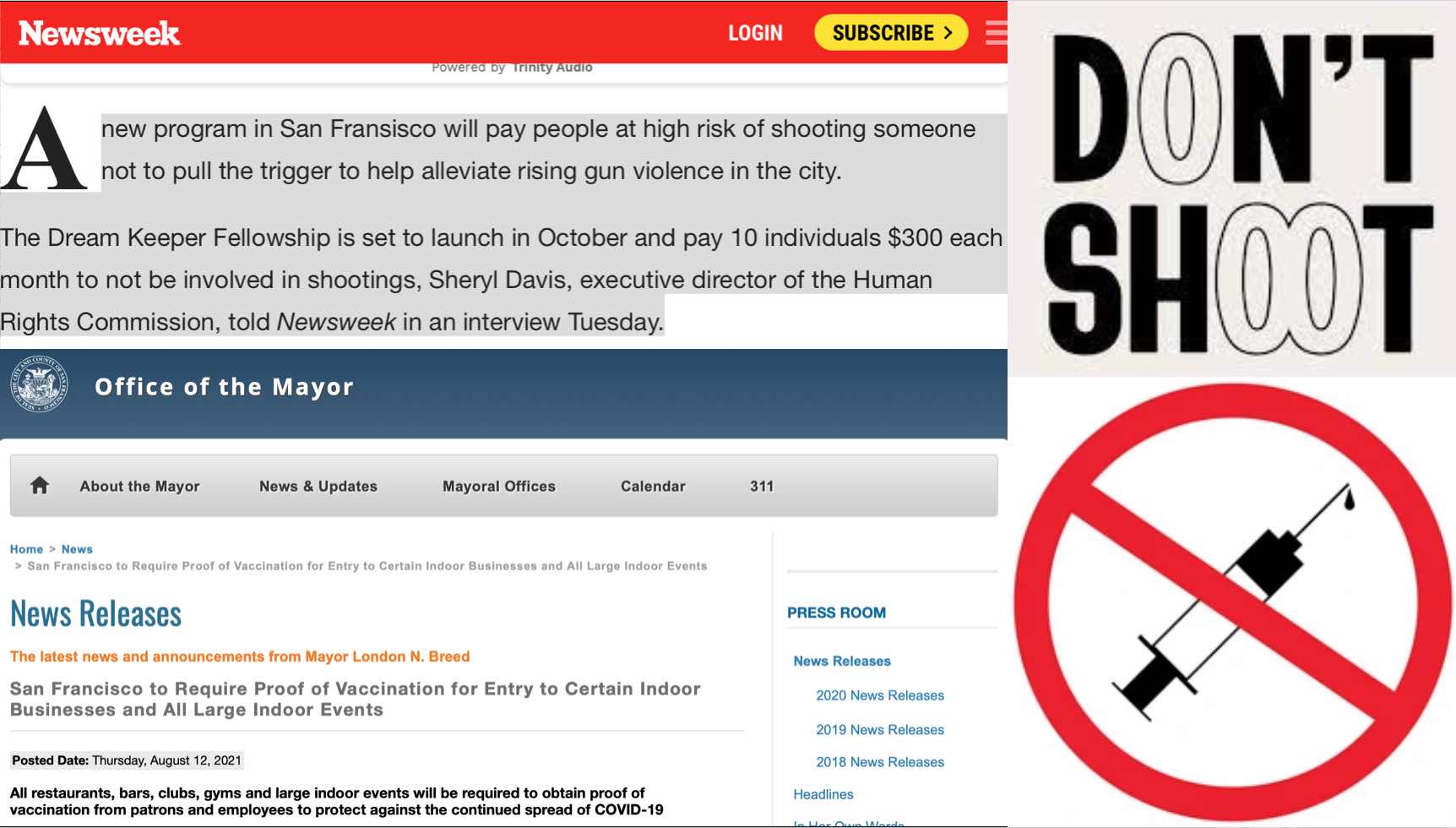