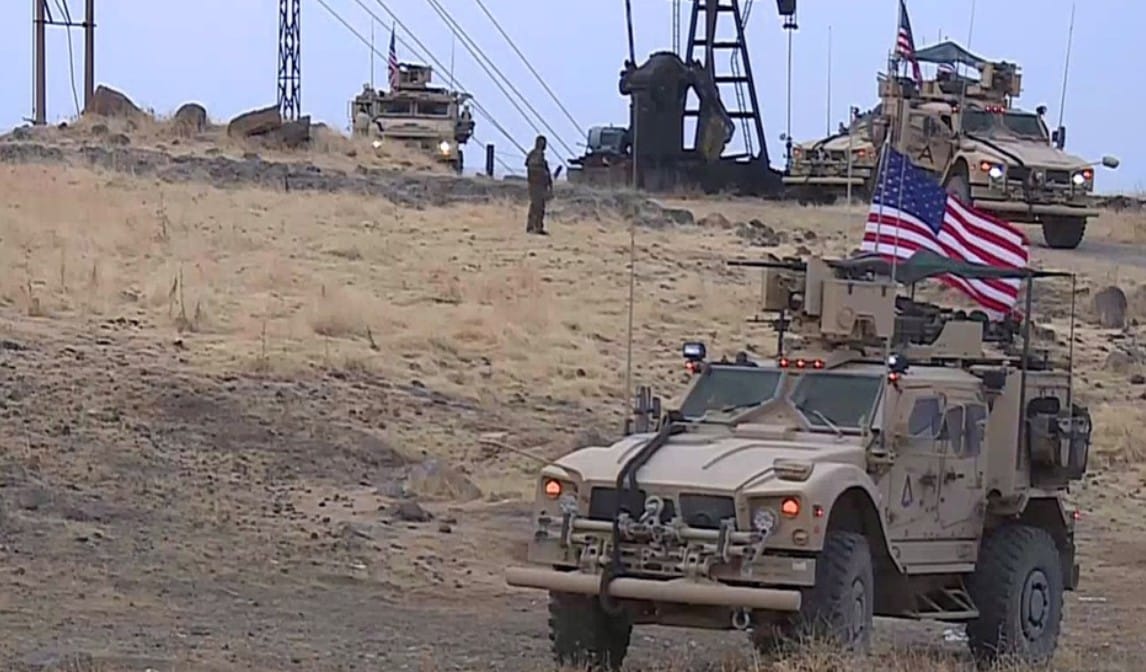 The United States has reportedly evacuated three of its military bases throughout Syria shortly after implementing a humiliating Vietnam-style exit from Afghanistan.

Press TV: An informed military source made the announcement to Iran’s al-Alam television network on Wednesday.

The source identified one of the bases in question as the US military’s most controversial outpost in Syria that is located near the country’s al-Omar Oilfield in the eastern province of Dayr al-Zawr.

It said the other two bases were near the Qamishli District in the Hasakah Province, situated in Syria’s extreme northeast.

The US and its allies invaded Syria in 2014 under the pretext of fighting the Takfiri terrorist group of Daesh. The outfit had emerged as Washington was running out of excuses to extend or enlarge its regional meddling.

The military interference was, however, surprisingly slow in confronting the terrorists, despite the sheer size of the coalition that had enlisted scores of Washington’s allied countries.

Numerous reports and regional officials would, meanwhile, point to the US’s role in transferring Daesh’s elements throughout the region and even airlifting supplies for the terror outfit.

In Syria, besides staging a completely illegal presence, the US has been engaged in looting the Arab country’s oil, prompting strong warnings on the part of Damascus that it reserved the right to defend its sovereignty and resources.

A military base housing US occupation forces in Syria’s eastern province of Dayr al-Zawr has come under a rocket attack, but there were no immediate reports of casualties.

Meanwhile, Hadi al-Ameri, secretary-general of the Iraqi Shia Badr Organization, addressed an event, announcing that the United States and other foreign countries would end their military presence in his country by the end of the year too.

“We lay emphasis on the timetable for the departure of foreign forces from Iraq. At the end of this year, we will witness the forces’ exit from Iraq,” he declared.

Last year, the Iraqi parliament voted overwhelmingly in favor of all foreign forces’ expulsion after a US drone strike assassinated senior Iranian and Iraq anti-terror commanders, Lieutenant General Qassem Soleimani and Abu Mahdi Muhandis. Both the commanders had played a crucial role in defeating Daesh in late 2017 amid the US-led coalition’s constant failure or refusal to decisively battle the terrorists.

“The country and its guardians and builders are us. The army, the police, and Hashd al-Sha’abi (an Iraqi umbrella anti-terror group) are creators of victory in Iraq,” Ameri asserted.

He also pointed to Iran’s contribution to Iraq’s anti-terror efforts, saying “the Iranians helped Iraq in the war against terrorism.”

The information concerning the United States’ departure from the Syria-based outposts came only two days after the US ended its two-decade-long occupation of Afghanistan by taking the last of its troops out.

The withdrawal came although US Secretary of State Antony Blinken had alleged that America would not allow a repeat of “Saigon” in Afghanistan.

Washington coupled the pullout with a complete end to even its diplomatic presence in the Central Asian country, although the Taliban, which had just renewed its rule there, had pledged to ensure the security of diplomatic missions and staffers.

Addressing the developments, observers say the new trend of America’s winding down its unwelcome presence in the region reflects the reality that it has no choice other than to end the interference.

They cite the pressures that have been mounting on the United States over its trouble-ridden regional meddling that, aside from the regional capitals, have been bubbling across the US itself, where many Americans keep expressing shame over Washington’s foreign policy.