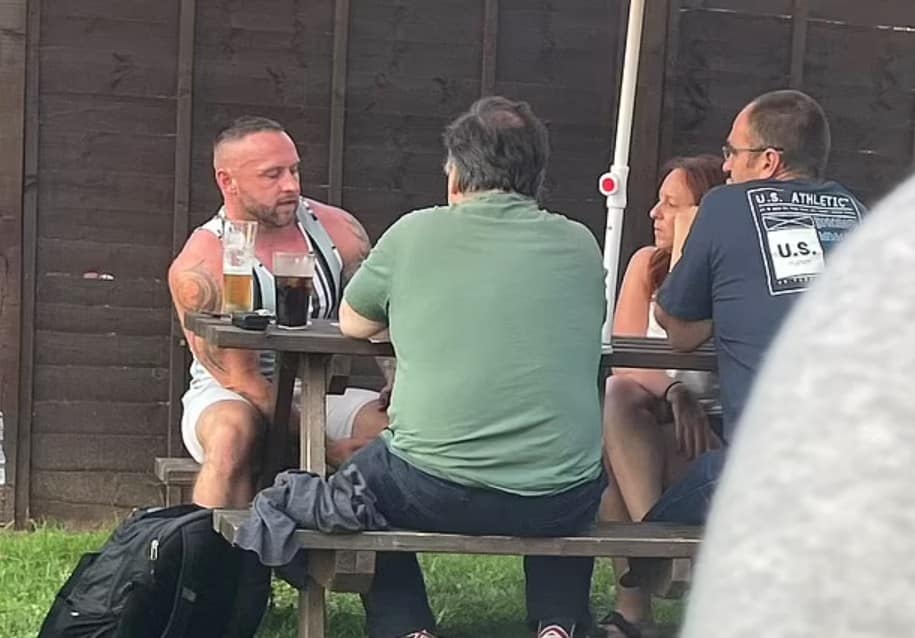 Raw Story: The British newspaper The Mail on Sunday reports a paramilitary group of anti-vax veterans disbanded after being infiltrated by the newspaper.

“Veterans 4 Freedom (V4F), which comprised more than 200 ex-Servicemen and women, used the encrypted messaging app Telegram to discuss violent insurrection, including attacking vaccine centres and targeting employees,” the newspaper reported. “The sinister group planned to portray itself as a law-abiding organisation by marching peacefully on Parliament on Wednesday wearing Service ‘headdress.'”

My new article about the psychotic anti-vax group Veterans 4 Freedom (V4F) is out now on @SteepleTimes! This is the kind of material The Spectator doesn't write about! https://t.co/BXJy1DxQp1

The group boasted about having 16 operational “cells.”

“V4F’s formation followed the revelation earlier this year that at least 16 members of the Armed Forces have been referred to the UK’s terrorism prevention programme – in the majority of cases because of concerns about far-Right activity. The group has drawn comparisons with the American amateur militias that stormed Congress in January,” the British newspaper noted.  From Steepletimes:

There’s no denying that the people who went out on Saturday to protest against vaccine passports – and those who endorsed them, such as failed politician David Kurten and LBC host Maajid Nawaz – are utterly deranged. However, what has been recently uncovered by The Mail on Sunday is even worse than lunacy; it’s a level of insanity that can only be comparable to the far-right psychopaths who stormed the Capitol earlier this year.

The publication has revealed that there is a ‘private army’ called Veterans 4 Freedom (V4F), made up of around 200 ex-servicemen and women, whose main aim is to attack vaccination centres and those giving out the jabs.

The group has a private Telegram channel that one can only access by proving that they served in the army. Within that channel, the group’s members discuss carrying out insidious plans designed to disrupt Britain’s vaccination programme.

One member, known as ‘John H,’ wrote: “What security do these people have? How secure will the phials and equipment be in schools. I think a small group of ‘parents’ could easily restrain the vaccinator and remove the drugs…”

That same ‘John H’ has also revealed that he received a walkie-talkie from a former member of the Ulster Volunteer Force (UVF), which is designated as a terrorist group by the UK.