[ Editor’s Note: Mr. Biden has been on the US and international stage for a long time in varying degrees. It comes as no surprise after our having a gangster as president for four years that Biden might seek to be the ultimate contrast to our past ‘Hoodlum-in-chief”, such that Biden is pursing a legacy as one of the world’s great statesmen.

Part of that scenario requires slaying some dragons to claim he saved the world from great danger, so Russia and China are front and center as the bogeymen of choice. But posing as a neo-Teddy Roosevelt is not enough. He also wants a legacy as the trade champion.

Biden’s US plan to invest money in SE Asia is beyond stupidity with all the unfulfilled need stateside, and by that I mean the ‘paid for kind’. Sure we have Biden’s huge infrastructure spending plans, but that is all red ink taking the national debt into the stratosphere.

But here comes a plan to loan money to Asia that would be doomed to become bad debt during the next world recession, which a conflict could bring on.

The Chinese are not looking for political dominance with their Asian investments. They have a track record of helping build those economies so that they buy Chinese exports at a price where China can make good profits. That is China’s stated public policy on trade.

Specifically, in terms of the US competing with China for Malaysia and Indonesia for long term business, what does the US have to offer other than using them as cannon fodder in a future war with China?

Does Washington really think that these countries are not smart enough to see through the charade? Sure, they will smile and play nice, but don’t expect to see them line up to become part of a US Asian plantation.

The US has a blind side in that it seems to think these countries who have not been sanctioned by the US yet might think that they are immune. On the contrary, they have watched the US ruthlessly use sanctions to bend countries to its will, and might be wary of that trap. They know that doing one deal with China during a new Cold War could find them on the US sanctions list.

Talk is cheap, which is why con men are so talented verbally. Despite the talk, the non asset stripped countries have observed the US sanctions and proxy wars against many countries, and they do not forget that in their dealings with the US… Jim W. Dean ] 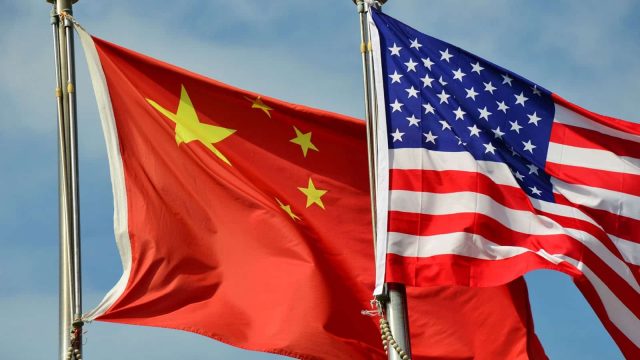 Ever since its inauguration, the Biden administration has not missed any opportunity to give vent to its institutionalised and bi-partisan supported anti-China global orientation. The US Vice President Kamala Harris’ recent visit to Southeast Asia yet gain reinforced the narrative in more than one way.

Although she said that the US (re)engagement with the region was not motivated against any single country (re: China), the fact that the single most target of her visit and the speeches she delivered there was China shows how the singular objective of containing China is guiding US policies towards Southeast Asia.

For the Southeast Asia region, the US rhetoric is not a blessing in disguise; rather it represents a dilemma where they are being pushed into a position to choose sides. As such, even though the US officials have been emphasising that they do not want Southeast Asian states to choose between the US and China, the actual US rhetoric is about choosing sides in the growing superpower rivalry.

Now that the US has got rid of Afghanistan and is re-locating its military hardware from the Middle East, Southeast Asia is being prepared for an ultimate ‘Cold War 2.0’ with China. For the Southeast Asian nations, the choice, therefore, is not simply between choosing the US or China; rather it is about avoiding or becoming the ‘battle field’ for the ‘Cold War 2.0.’

That the US is pushing against China is evident from the actual policies it has been making and is seeking to implement. For instance, the recently established the US International Development Finance Cooperation (UDIDFC) is very much a US plan to counter-balance China’s Belt & Road Initiative (BRI).

Through this agency, the US aims to flood its target countries with US capital to create an “alternative” source of funds and loans for countries, including those in Southeast Asia. The logic behind this plan is that the lack of investment by the US and Europe in such countries has directly allowed China to invest its own money.

In other words, by accepting the US money as an “alternative” to China, the Southeast Asian countries (as also those in Africa and Latin America) are being invited to toe the US line vis-à-vis China with a view to limiting the extent to which the later can expand its influence globally.

In this context, when Harris said in a speech in Singapore on August 24 that US would stand with its allies and partners in confronting Chinese “coercion” and “intimidation” in the South China Sea, what she actually meant to convey was/is that the US will support its allies in Southeast Asia if they support the US vis-à-vis China by integrating their economies with the US in much the same ways they have done with China.

Speaking in a meeting with Vietnamese President Nguyen Xuan Phuc, Harris said the two countries needed “to find ways to pressure, to raise the pressure” on Beijing to abide by a 2016 ruling by the Permanent Court of Arbitration that favoured the Philippines and rejected China’s expansive claims in the disputed waters.

The US response is being guided by a policy that is based upon a logic that says that China has been able to ‘fill the gap’ left by the US disengagement with the region during the Trump era. According to a report recently published by the Atlantic Council, Chinese influence capacity has passed that of the US in Indonesia and Malaysia—countries where American influence was roughly ten times that of China in 1992.

Accordingly, policy ‘experts’ are advising the US to reclaim this lost space by leveraging the collective influence of the US and its allies in Europe. It is for this reason that the Biden administration, unlike the Trump administration, has been emphasising the need to present a joint bloc against China.

In a recent report on Interim National Security Strategic Guideline, the US said it will build a partnership with ASEAN, adding that “recognizing the ties of shared history and sacrifice, we will reinforce our partnership with Pacific Island states. We will recommit ourselves to our transatlantic partnerships, forging a strong, common agenda with the European Union and the United Kingdom on the defining issues of our time.”

But the question is: can the US really do this? Does the US have that leverage in Southeast Asia that it aims to use?

While there is no denying that the US does have deep economic ties with countries like Singapore and Vietnam, it remains that even one of the few largest US trade partners have not showed a deep willingness to follow the US line of action vis-à-vis China. Vietnam was particularly categorical in rejecting taking a confrontational stance against China.

Even Singapore, a country in which the US stands as the largest source of foreign direct investment with US$315 billion, has refused to confront China.

Singapore’s Foreign Minister Vivian Balakrishnan, in a statement given just before Harris’ visit, categorically stressed that Singapore will “be useful but we will not be made use of” in its relations with both China and the US, and that the trade-reliant city-state would not become “one or the other’s stalking horse to advance negative agendas.”

There are, therefore, major challenges for the US to reinvent itself in the Southeast Asian region. The fact that the US has no credible way other than fanning out anti-China discourse shows its limitations in terms of winning over countries to its side.

Even though the US officials continue to emphasise their unflinching commitment with allies, it remains that its defeat in Afghanistan and elsewhere in past few years has affected its credibility, making its traditional allies increasingly sceptical of the US.

There is no appetite in Southeast Asia to ally with the US against a regional state and get entangled in confrontation that the US itself may bow out without taking into account other countries’ interest.