Submitted to VT by CBS News:

A two-year @CBSNews investigation reveals a crisis in the military: Domestic violence.

We found gaps in the reporting process across all military branches — and those who reported abuse told @NorahODonnell that the military failed to protect them. pic.twitter.com/yztEojoUjr

IN ON-CAMERA INTERVIEWS WITH O’DONNELL, MILITARY SPOUSES, PARTNERS, AND SERVICE MEMBERS WHO REPORTED DOMESTIC VIOLENCE TO THE MILITARY SAY THEIR ALLEGATIONS WERE DISMISSED 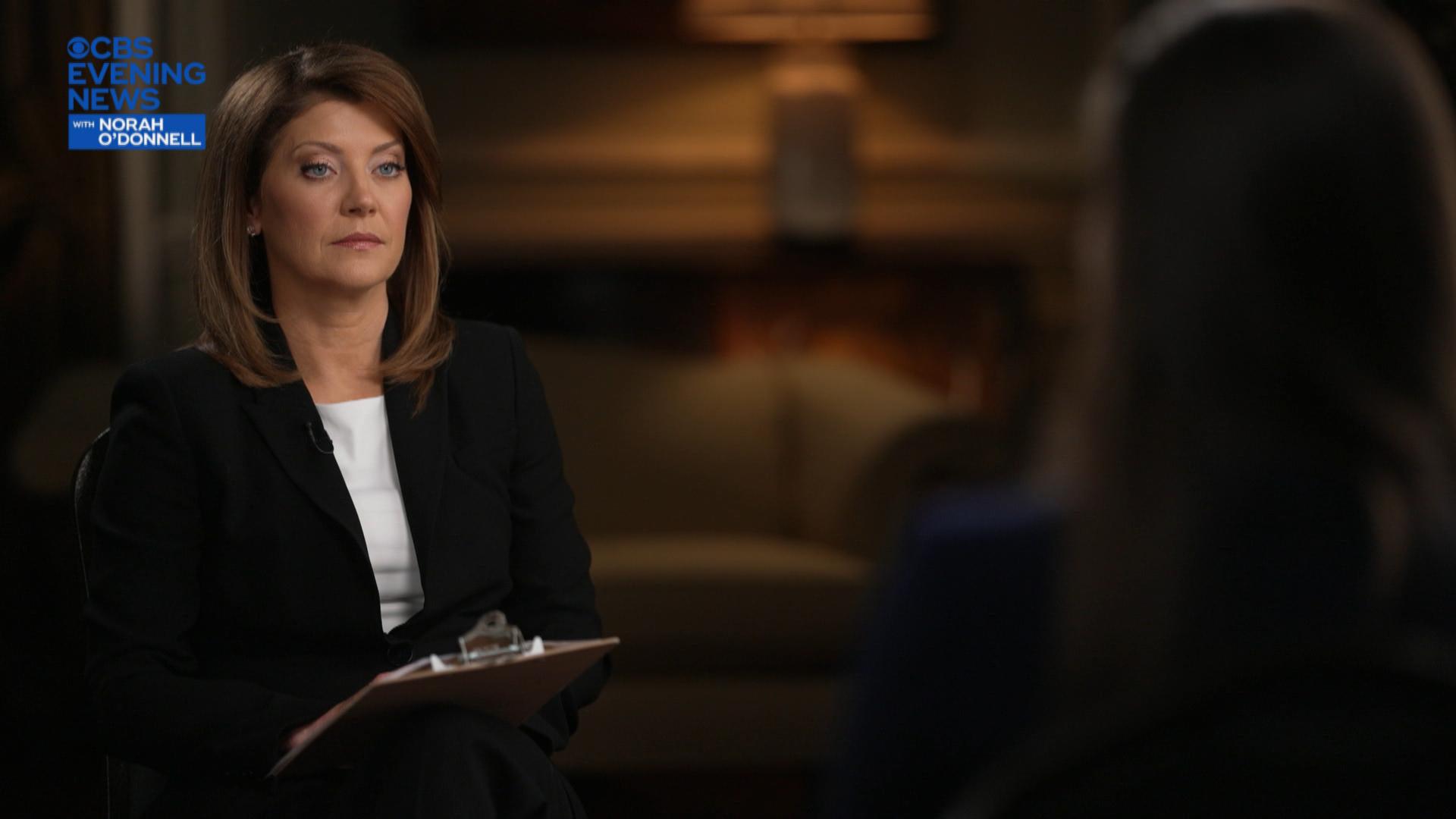 In part one of the four-part investigative series, Norah O’Donnell sat down with three survivors about what they call a “forgotten crisis” of domestic violence and how the military failed to protect them. Two of the alleged offenders are still serving and one retired honorably. 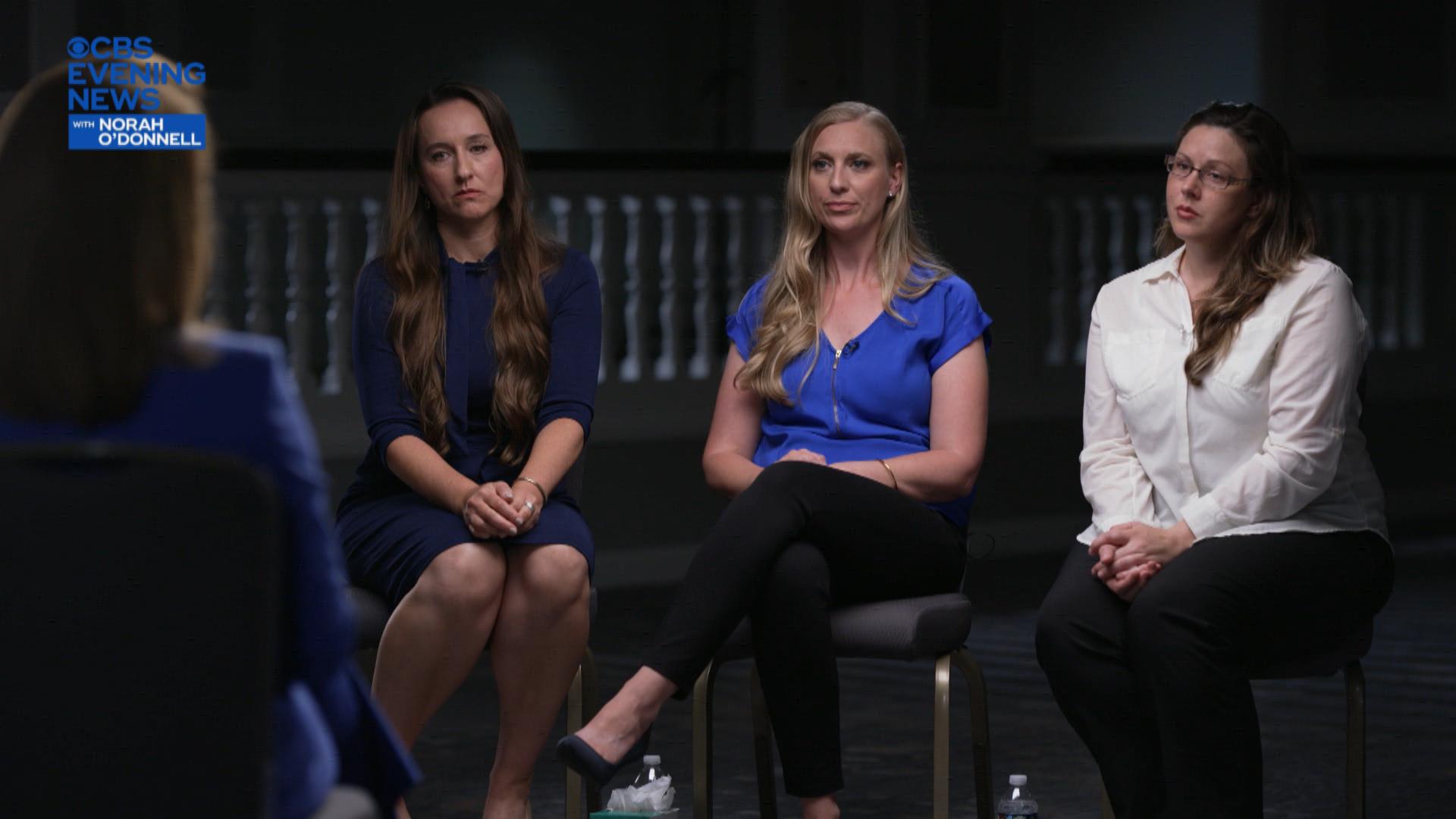 Army Major Leah Olszewski says she had a miscarriage because of domestic violence: “He kicked me in the side of the stomach. And I flew off the bed into the closet doors. And then, he took the comforter, and walked off like nothing had happened.”

Weeks after Liz Knight had given birth in South Korea, she called Army police for the first time, “it was my breaking point. I felt like I needed to protect myself and my son.”

Military police found probable cause to charge Knight’s alleged perpetrator with assault but his commander only issued a local letter of reprimand as a consequence. “The minute he left South Korea, where it happened, it was wiped clean from his record, as if it never happened,” Knight says.

Survivors say the apparent lack of accountability has led to a very real sense of fear: “He’s gonna do this to someone else…the next person he’s gonna kill. There’s no doubt in my mind. And he knows how to get away with it. He’s told me as much,” said Ret. Master Sergeant Erica Johnson

In response to CBS News’ reporting, Defense Secretary Lloyd Austin says he takes these issues and their impact on the men and women of the services and their families with the utmost seriousness: “Sexual assault, sexual harassment and domestic violence continue to plague our ranks.”

PART ONE OF THE EXCLUSIVE FOUR-PART INVESTIGATIVE SERIES AIRED TODAY ON “CBS MORNINGS” (7:00-9:00 AM). MORE WILL AIR TONIGHT ON THE “CBS EVENING NEWS WITH NORAH O’DONNELL” (6:30-7:00 PM, ET) AND THE SERIES CONTINUES TOMORROW ON WEDNESDAY, SEPT. 8

A two-year long investigation by CBS EVENING NEWS Anchor and Managing Editor Norah O’Donnell and the CBS News Investigative Unit into domestic violence within the military uncovers systemic failures to support victims and hold their alleged offenders accountable. The U.S. military has received roughly 100,000 reported incidents of domestic abuse since 2015. During that same time, the Pentagon spent more than a billion dollars on a program meant to help victims. Over the course of the investigation, CBS News spoke to nearly 40 survivors who reported abuse to all branches of service who tell CBS News their allegations were dismissed and blame the military’s broken system for failing to keep them safe.

The exclusive four-part investigative series began today, Tuesday, Sept. 7 during the debut of “CBS MORNINGS” (7:00-9:00 AM). More of the series will air tonight on the “CBS EVENING NEWS WITH NORAH O’DONNELL” (6:30-7:00 PM, ET) and will continue tomorrow, Wednesday, Sept. 8.

O’Donnell appeared live on the debut of CBS MORNINGS Tuesday, Sept. 7, to report part one of the investigation.

This latest series builds on O’Donnell’s original reporting dedicated to issues of injustice and delivering public service journalism with impact. O’Donnell’s report follows her Scripps Howard Award-winning investigation on sexual assault in the U.S. military, which was met with a swift response by the military ordering reforms to their sexual assault and prevention programs, and her Emmy Award-winning report into sexual assaults at the U.S. Air Force Academy. The investigation continues O’Donnell’s commitment to covering military affairs issues, including launching “Profiles in Service,” a CBS EVENING NEWS series highlighting stories of veterans across the country, and how they’re contributing to their communities.