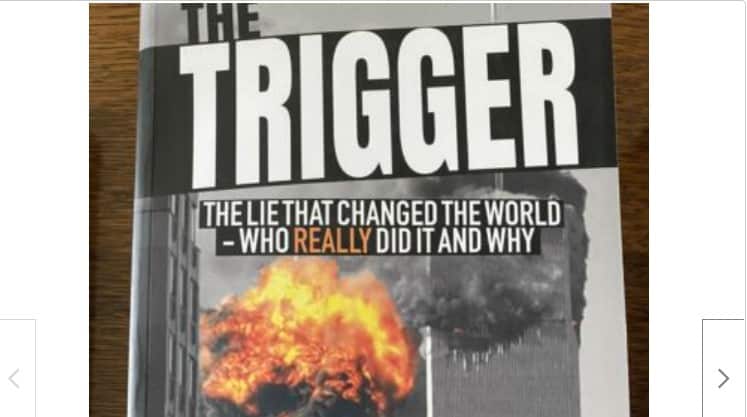 Welcome to The Matrix.

by Vaughn (Cincinnatus) Klingenberg for VT

Before I get to my analysis of the book The Trigger by David Icke, I need to address some items right off the bat for those who are not interested in reading more than the initial paragraph of a book review.  First the good news: David Icke was able to get this book published.

Now the bad news: the entrenched corruption and incestuous rot at the very top administrative levels of politics, government bureaucracy, intelligence agencies, the FBI, the military, the Media, finance and banking…etc. that he recounts is such that only a coup can drain the swamp and restore decency, honesty, and integrity to the ruling establishment.

In 2003, a military historian, Martin van Creveld, thought that the Al-Aqsa Intifada then in progress threatened Israel’s existence.[35] Van Creveld was quoted in David Hirst’s The Gun and the Olive Branch (2003) as saying:

We possess several hundred atomic warheads and rockets and can launch them at targets in all directions, perhaps even at Rome. Most European capitals are targets for our air force. Let me quote General Moshe Dayan: ‘Israel must be like a mad dog, too dangerous to bother.’ I consider it all hopeless at this point. We shall have to try to prevent things from coming to that, if at all possible. Our armed forces, however, are not the thirtieth strongest in the world, but rather the second or third. We have the capability to take the world down with us. And I can assure you that that will happen before Israel goes under.[36]

However, according to Brig. Gen. Yitzhak Yaakov, who was the mastermind behind the “Samson Option”, it was unlikely Israel could have even targeted Europe, as Israel did not yet have other measures like bombs or missiles to carry the nuclear payload.[37]

Well, I’d hope that since we’re here anyway
We could end up saying
Things we’ve always needed to say
So we could end up staying
Now the story’s played out like this
Just like a paperback novel
Let’s rewrite an ending that fits
Instead of a Hollywood horror.

Someday, somehow
I’m gonna make it alright but not right now
I know you’re wondering when
(You’re the only one who knows that)

P.S. “I’ll speak…though hell itself should gape and bid me hold my peace!” — Vaughn Cincinnatus Klingenberg.