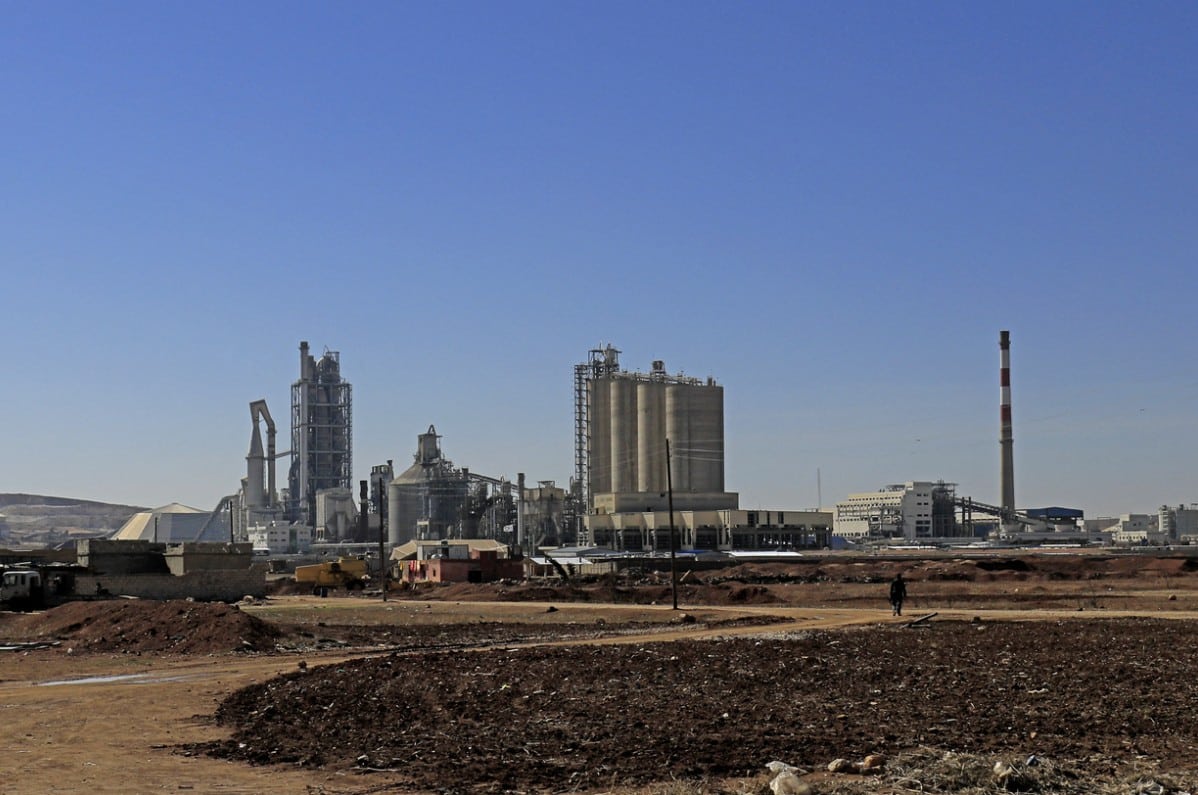 RT: French cement giant Lafarge, charged with “crimes against humanity” over paying Islamic State to keep its Syrian plant running, had been informing the country’s spy agencies about its ties with terrorists, leaked papers revealed.

According to a batch of official French documents obtained by Turkish Anadolu news agency, Lafarge representatives have held multiple meetings with domestic, foreign and military intelligence services during the Syrian conflict.

The French spy agencies were accused of having used the company’s relationship with Islamic State (IS, Daesh, formerly ISIS/ISIL) and other militant groups to keep up to date with the events on the ground in Syria. They also refrained from warning the cement maker that its ties with terrorists were a crime, according to the agency.

Lafarge is blamed for paying almost €13 million ($15.3 million) to IS and other armed groups to make sure its plant in northern Syria remained operational after the fighting in the country erupted in 2011. Rights groups, which brought claims against the company, alleged that this money had been used to facilitate the movement of staff and goods through terrorist checkpoints. Lafarge reportedly also purchased oil and raw materials from the militants, while supplying them with cement that they used to build fortifications and underground tunnels.

The plant in Jalabiya, some 150km (95 miles) northeast of Aleppo, had eventually fallen into the hands of IS in 2014. It forced the company to leave the country and evacuate foreign staff, while its Syrian employees had to stay and work at the facility.

On Tuesday, France’s supreme appeals Court of Cassation ruled that the charges of “complicity in crimes against humanity” should remain against Lafarge, overturning a decision by a lower court to dismiss them. The cement maker also faces accusations of financing terrorism, violating an EU embargo and endangering the lives of others over its activities in Syria.

Lafarge, which merged with Swiss group Holcim in 2015, acknowledged paying middlemen in Syria to negotiate with the militants, but denied any responsibility for the money ending up in the hands of terrorists. The date for the trial of the company hasn’t been set yet, with the legal investigation still ongoing.

It’s not clear if the probe will be expanded to also look into any role the intelligence agencies may have played, but Anadolu claims that the papers it saw indicate that the French operatives held more than 30 meetings with Lafarge in 2013 and 2014.

According to the agency, after the first reports about the company paying terrorists popped up in the media in January 2014, Lafarge’s security director Jean-Claude Veillard sent an email to the interior ministry’s intelligence directorate.

In it, he reportedly insisted that Lafarge needed to maintain ties with “local actors” to be able to continue its operations in Syria, and wondered if the media revelations were a threat to the company. In response to the message, an intelligence officer apparently informed Veillard of the date when the issue was going to be addressed, the agency said.

Anadolu insisted that French intelligence was well aware of Lafarge’s dealings with Islamic State, citing an extract from the exchange between the sides from September 2014, in which an operative asked: “Could you give more details about the cement provided to Daesh?”

In 2017 testimony to the police, which was among the leaked documents, Veillard said that he shared all information on his activities in Syria with French intelligence. The operatives wanted to know about the balance of power between various armed groups, the clashes between them, and any rumors and speculations coming out of the turbulent country, he said.

Anadolu also obtained a court statement that a French intelligence officer, code-named AM 02, delivered in 2018. He claimed that the cement giant had been his source of information on Syria, saying:

“We approached the situation purely opportunistically, taking advantage of Lafarge’s continued work.” The officer also confirmed that the company had been sending cement to armed groups in Syria between 2012 and 2014…and from 2017:

French building materials giant Lafarge admitted that it provided funds to “certain armed groups” and “sanctioned parties” in Syria when it faced operational and security challenges. The company called the measures “unacceptable.”

In a statement, LafargeHolcim (created after Lafarge merged with the Swiss company Holcim in 2015) said it was reacting to the allegations involving Lafarge.

In June 2016, Le Monde published the results of its investigation which claimed Lafarge paid taxes to Islamic State (IS, formerly ISIS/ISIL) in 2013-2014 to continue operations in northern Syria.

Following an internal inquiry, the company announced that “different armed factions controlled or sought to control” territories around its plant, posing “very difficult challenges for the security and operations of the plant and its employees.” This included “threats to safety” of the workers as well as the disruption of supplies.

“It appears from the investigation that the local company provided funds to third parties to work out arrangements with a number of these armed groups, including sanctioned parties, in order to maintain operations and ensure safe passage of employees and supplies to and from the plant,” the announcement by LafargeHolcim reads.

The company, however, noted that it could not establish the “ultimate recipients” of the funds. All money transactions were made between 2013 and September 2014, when the plant was evacuated.

The plant in question started production in May 2010 and “was a source of meaningful employment for the surrounding communities, providing cement for homes, businesses, roads and the like for various communities throughout Syria,” the industrial giant said.

However, the measures which the plant took – paying money to these ‘armed groups’ – were “unacceptable,” the internal inquiry concluded.

“Those responsible for the Syria operations appear to have acted in a manner they believed was in the best interests of the company and its employees. However, the investigation revealed significant errors in judgment that are inconsistent with the applicable code of conduct.”

In June, Le Monde said Lafarge made a deal with IS which allowed the French to operate on their territory. The company’s trucks were allowed to pass through checkpoints set by IS, among others, the paper reported.

LafargeHolcim is the world’s leader in building materials and one of the biggest players in the cement, aggregates, and concrete industries. Around 90,000 employees are working for the group in more than 80 countries.