by Brian Berletic, with New Eastern Outlook, Moscow, …and the Institute of Oriental Studies of the Russian Academy of Sciences, a research institution for the study of the countries and cultures of Asia and North Africa.

[ Editor’s Note: South Vietnam has gotten little coverage in the US-China trade showdown. US strategy is being deployed on a broad front in its new Cold War that VT has been editorializing about, predicting a decade ago.

The US rode out a negative balance of trade with China for many years, as Peking turned around and used the US cash profits to buy US debt, a great way to soften the blow.

China had neglected its military with no real threats on the horizon and pumped its money into the domestic economy via a 20 year plan which was way more successful than the West expected, much of that due to Western capital investment.

But China’s incredible second leap forward to becoming a major high tech competitor on a broad range of exports surprised the west with its depth and breadth.

The next step for the banksters in the West was to portray China (and Russia) as a threat, which laid the groundwork for big war preparation contracts, and for sanctions conditions to ‘correct the trade imbalance’ which is where we are at today.

Berletic hits the nail on the head with this comment: “US LNG will also be more expensive and can only be ‘competitive’ through a constant and ever-expanding regime of sanctions and conflicts used to make cheaper alternatives inaccessible.”

The countries the US is courting in its fantasy anti-China cabal will pretend to play along, walking the tightrope that is in their best interest, which is to have good commercial relations with both US and China.

Everyone will be playing everyone else in this game to make some major money and not get burned in the process, usually by being used as sacrificial cannon fodder in the New Cold War… Jim W. Dean ] 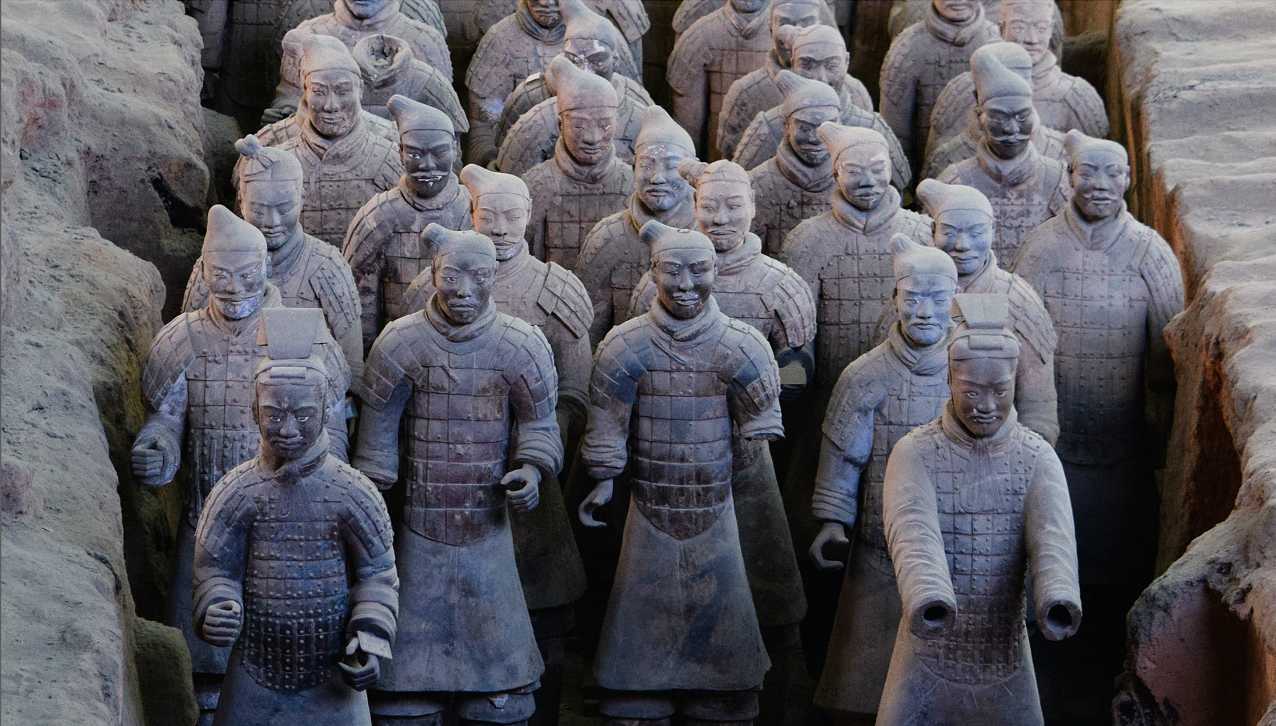 As tensions continue to mount between Washington and Beijing, examples continue to abound comparing and contrasting the approaches used by both global powers regarding foreign policy.

Another recent example on stark display is the US and China’s respective approaches to Vietnam – a nation both countries have had rocky and even hostile relations with in the past.

Both nations waged armed conflict on Vietnam last century. The nearly 20 year-long US war with Vietnam was decidedly much more catastrophic than the month-long failed invasion launched by China.

The US only normalized its relations with Vietnam in 1997, China having done so a few years earlier in 1991. Since then Vietnam’s main benefits from both nations have been economic.

In 1997, according to Harvard University’s Atlas of Economic Complexity, Japan stood as Vietnam’s largest export market accounting for 24.22% of all exports from Vietnam, with the US and China accounting for 4.15% and 4.48% respectively (Hong Kong accounting for an additional 3.23% in China’s favor).

Between 1997 and 2019 Europe has slipped from Vietnam’s second largest regional export market to third, behind Asia and North America (primarily the US).

Trade with China is vastly important to Vietnam’s economy. Access to additional markets is also a priority for Vietnam. Considering this very important fact, what is it that Beijing and Washington bring to the table to address this primary concern and how will this play out in the near and long-term regarding current US-China tensions?

What Did Kamala Harris Bring to the Table During Her Recent Visit to Vietnam?

AP News in its August 2021 article, “Harris urges Vietnam to join US in opposing China ‘bullying,’” lays out the bleak proposition offered to Hanoi by Washington – to join the US in a growing conflict against Vietnam’s largest trading partner.

“We need to find ways to pressure and raise the pressure, frankly, on Beijing to abide by the United Nations Convention on the Law of the Sea, and to challenge its bullying and excessive maritime claims,” she said in remarks at the opening of a meeting with Vietnamese President Nguyen Xuan Phuc.

Obviously, by joining the US in “pressuring” China regarding the South China Sea, Vietnam would endanger its diplomatic and economic ties with China. It could also potentially trigger a security crisis with China – a nation it shares a 1,297 km long border with.

It should be noted that despite Washington’s oversimplification and exaggeration of the South China Sea situation, the reality is much more complicated and much less a threat to regional or global stability. Disputes are between not only Southeast Asian nations and China, but also among Southeast Asian states themselves.

For example Vietnam, the Philippines, and Malaysia all have overlapping claims within the South China Sea with each other in addition to with China, resulting in minor incidents that are often resolved quickly and bilaterally. The US has deliberately injected itself into these disputes in an attempt to transform them into a regional or even international crisis it can leverage against China.

In essence, the US is trying to recruit Vietnam into an imaginary and absolutely needless conflict that would ensnare Hanoi in a security alliance with the US at the expense of constructive ties with China. It would also risk destabilizing the region in which Vietnam resides – endangering political and economic stability required for its peace and prosperity.

Then there is what the US offers in return – aid – with AP noting:

The new US aid to Vietnam includes investments to help the country transition to cleaner energy systems and expand the use of electric vehicles, and millions in aid to clear unexploded weapons left over from the Vietnam War.

Regarding “cleaner energy,” this may refer to US pressure on Vietnam to avoid construction of cheaper coal-fired power plants built in cooperation with China in favor of more expensive liquid natural gas (LNG) plants built through US financing and fired with US-delivered LNG.

US LNG will also be more expensive and can only be “competitive” through a constant and ever-expanding regime of sanctions and conflicts used to make cheaper alternatives inaccessible.

Also noted was the US elevating its diplomatic relationship with Vietnam from a “comprehensive partnership” to a “strategic partnership,” although this is clearly being done as a means for Washington to use Vietnam amid its current regional confrontation – even as it provides token “investments” to clean up unexploded ordnance (UXO) from its last confrontation in the region – with Vietnam itself.

In essence, the US promise to Vietnam is to enlist it as a pawn in a Washington-engineered confrontation with Vietnam’s geographical neighbor and its largest trading partner. Little was indicated by Washington as to what Vietnam would gain from “signing up” beyond the token “investments” offered in areas like pharmaceuticals and UXO removal or its coercive “cleaner energy” plans involving overpriced US-delivered LNG.

Compare US Vice President Kamala Harris’ trip to Vietnam and the token aid and promises of ensnaring conflict offered by Washington to recent news regarding Vietnam-China relations.

Vietnam’s inclusion into China’s Belt and Road Initiative (BRI) through the “New Silk Road” has been long in the making with several rail routes explored to connect Vietnam more readily with China and then to extend Vietnam’s reach into international markets through China’s China-Europe railway. With the first Vietnamese goods now reaching Belgium, the tangible economic benefits of good ties with China are demonstrated rather than pontificated.

Vietnam Railways (VNR) on July 20 added a new rail freight link from Việt Nam to Belgium, with the first train departing from Yên Viên station, Hà Nội, and expected to arrive at Liege City in Belgium.

It would also note:

VNR said the train carried 23 containers with such goods as textile, leather and footwear.  During its journey, the train will stop at Zhenzhou City of China’s Henan Province and connect to the Asia-Europe train to reach its destination.

As the service gains popularity with companies both in Europe and in Vietnam and as China continues expanding the capacity of its New Silk Road rail lines in between, this trade will only further expand, competing with maritime shipping in terms of economics and shipping time, as well as in terms of circumventing maritime security threats and bottlenecks.

Vietnam will have the opportunity to expand its trade with Europe by diversifying its exports thanks to new options available to ship them. The New Silk Road also passes through Russia and Central Asia with new routes being planned.

Vietnamese exports and thus the Vietnamese economy stands to gain thanks to China and the access it provides Vietnam through the BRI – the BRI the US is committed to not only “countering” through proposed “alternatives,” but also and perhaps primarily through physically cutting it off using state-sponsored terrorism as observed in Baluchistan, Pakistan and across Myanmar currently.

Vietnam, like many nations in Southeast Asia seeks to diversify its diplomatic and economic relations to avoid overdependence. While this presents a huge opportunity for the US, Washington lacks the tools to properly exploit it.

Instead, it uses the smokescreen of providing an alternative to the BRI to continue doing what it has always done, seek political and economic control over other nations, impeding their growth to both deny them as prosperous partners for adversaires like Russia and China, but to also prevent them from independently competing against US interests in the region and around the globe.

Ultimately and regardless of Beijing and Washington’s past relations with Vietnam, the question must be asked; today, who stands most to benefit from a prosperous Vietnam and why? For Beijing, it stands to benefit from Vietnam as a potential market for its goods as well as from the growth of Vietnamese exports flowing over its New Silk Road.

For Washington, it benefits only as far as it can use Vietnam to encircle and contain China – a proposition that benefits the peace and prosperity neither of Vietnam nor the region it resides in.

China is offering Vietnam continued opportunities to expand trade and economic prosperity. The US seems to be offering the very opposite – courses of action aimed at restraining or even endangering trade and prosperity.