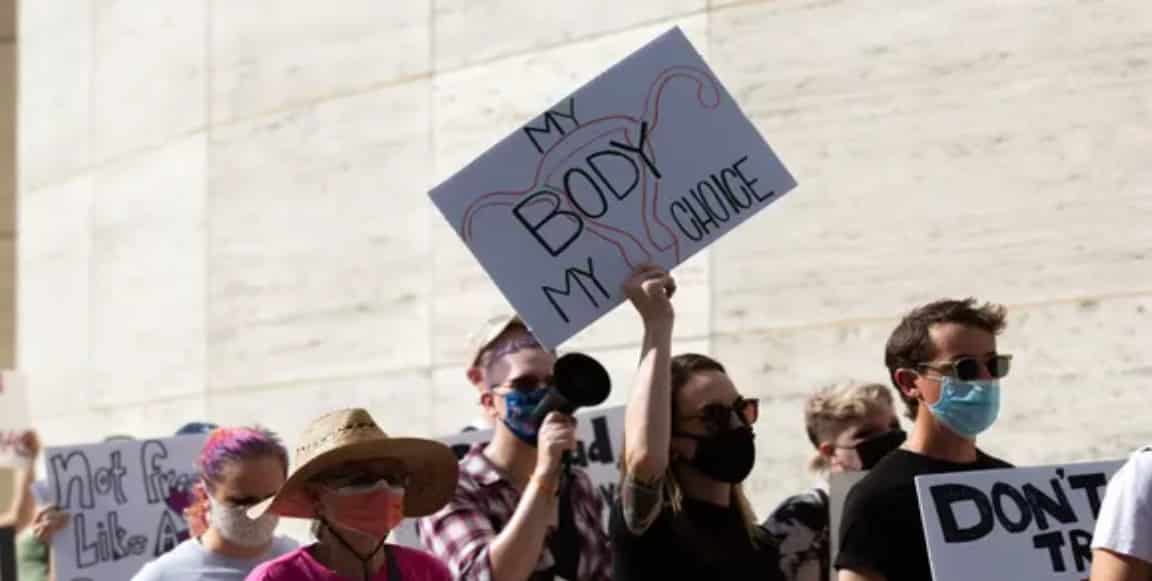 Guardian: The Biden administration sued Texas on Thursday over the state’s extreme abortion law, which amounts to a near total ban on abortion, calling the law “clearly unconstitutional”.

The US attorney general, Merrick Garland, said the law that went into effect last week after the supreme court refused to block it and bans almost all abortions in the state was one “all Americans should fear”.

Senate bill 8, pushed through by Texas’s Republican-dominated legislature, bans abortion once embryonic cardiac activity is detected, which is around six weeks. Most women are not aware they are pregnant as early as that time.

The justice department decided to argue that the law, which offers no exceptions for rape or incest, “illegally interferes with federal interests”, the Wall Street Journal first reported.

Later on Thursday, Vice-President Kamala Harris said the right of women to make their own choices on reproductive rights and decisions about “their own bodies” was “not negotiable”.

She added that Joe Biden’s and her support for the supreme court’s landmark Roe v Wade decision from 1973, which paved the way for abortion to be legal across the US, was “unequivocal”.

On Monday Garland said the justice department would “protect those seeking to obtain or provide reproductive health services”, under a federal law known as the Freedom of Access to Clinic Entrances.

Garland said that law would be enforced “in order to protect the constitutional rights of women and other persons, including access to an abortion”.  Read more: