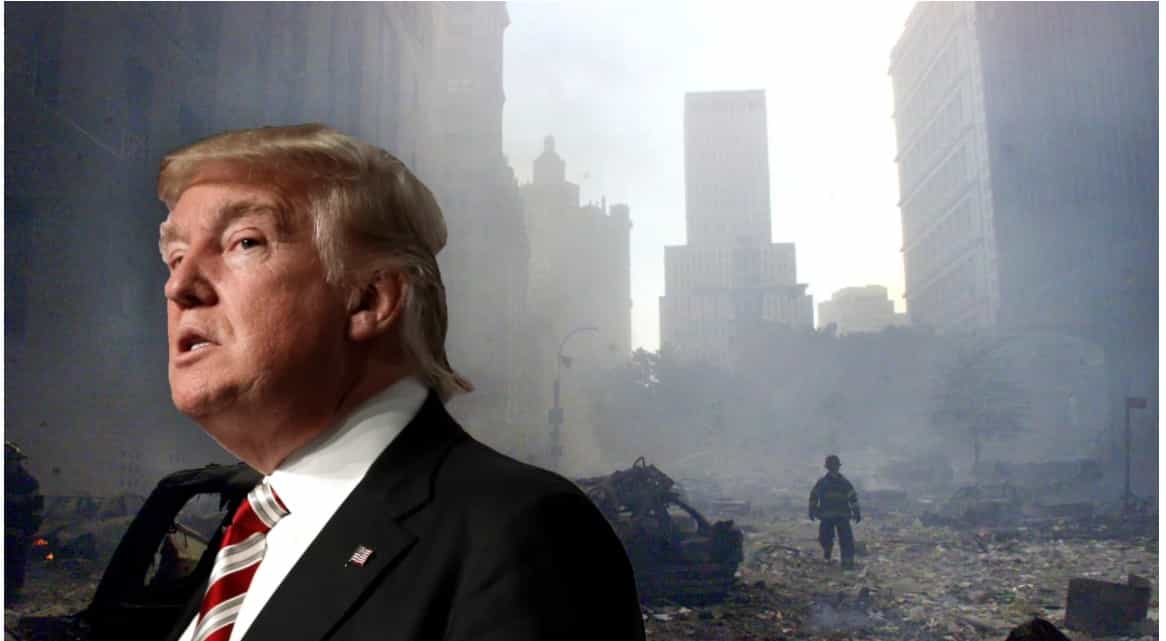 VT implores readers to believe that Donald Trump rushed to ground zero, jumped into the ashes pulling out struggling victims, nearly all of the Jewish, while calling on his undocumented Polish work team, hundreds held prisoner in tenements around New Jersey, buildings that houses the massive Trump-Kirchner child sex trafficking industry…

Daily Beast: The guy who says he lost hundreds of friends and sent hundreds of workers to help can’t seem to name one of them.

Along with saying he lost hundreds of friends on 9/11, Donald Trump says he provided hundreds of workers for the recovery effort.

“Well, I have a lot of men down here right now,” Trump told a German TV station in an interview just uptown from Ground Zero two days after the attack. “We have over 100 and we have about 125 coming. So we’ll have a couple of hundred people down here.”

He added, “They’re very brave and what they’re doing is amazing, and we’ll be involved in some form to reconstruct.”

Even if he never dispatched people in addition to the more than 100 he said were already doing brave and amazing work, the odds are that dozens of them would have since suffered from 9/11-related illnesses.

But just as Trump replied with only silence when The Daily Beast asked him to name even one friend he lost during the 9/11 attacks, and just as nobody seems to remember him at any of the many funerals, his spokeswoman failed to respond when The Daily Beast asked on Tuesday whether any of his workers had suffered from 9/11-related illnesses and, if so, what he had done to assist them.

A question that asks itself is how a guy who says he lost hundreds of friends in the attack and employed hundreds of people in the recovery effort could have failed to voice support late last year for the renewal of the Zadroga Act. That is the federal legislation providing support to the more than 33,000 people who have fallen ill as a result of exposure to the toxins at Ground Zero.

Trump ignored multiple letters drafted by FDNY Deputy Chief Richard Alles on behalf of the Citizens for the Extension of the James Zadroga Act, inquiring whether he intended to support the legislation.

“We have not received a response from you,” an Oct. 6, 2015, letter noted. “However, we saw your recent statements about the 14th anniversary of 9/11 via your official Twitter account.”