Home History We will never forget Israel for 9/11 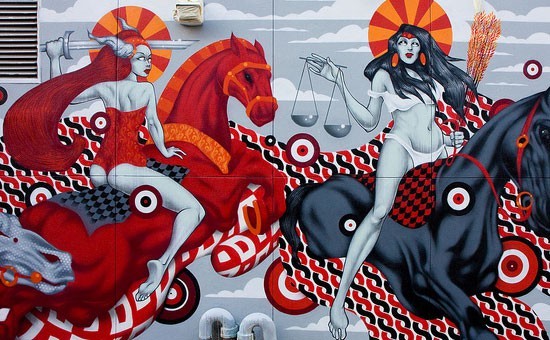 Michael Shrimpton has recently insinuated that 9/11 was clearly the work of “shameful Iraqi and Taliban-sponsored terrorist[s],” which “launched the Global War on Terror.” One doesn’t know whether to laugh or to weep, for Shrimpton—who has a long history of positing authoritative claims with virtually no evidence whatsoever—knows better. Shrimpton declares: “We knew that al Qaeda had been moving funds into the East Coast, via an Arab bank in London, for some two years, although there was no specific intelligence as to timing or target.”

The evidence? Well, take Shrimpton at his word. He is the final authority, the alpha and omega, the beginning and the end. He is the way and the truth. Once again this is Shrimpton at his best: “9/11 was an al Qaeda/DVD operation, not a Taliban one, but the Taliban nonetheless gave al Qaeda houseroom.”

Where does he get this mumbo jumbo? How can Shrimpton has completely chosen to ignore years of scholarly studies and then propound an imaginary scenario which has nothing to do with the real world? Shrimpton has just begun:

“A succession of idiots over the years have deluded themselves into believing that there were no dealings between Saddam and Osama, even though the two of them had a remote meeting at Jeddah Airport several years before 9/11.”

What? Let’s hypothetically say that Saddam did mean Osama. What does that mean? What was the conversation about? Was it about bombing? Was it really about placing explosives at the Twin Towers? Shrimpton simply hasn’t gotten a clue. Then he perpetuates: “(Osama stayed on the plane, a 707, and messages were passed back and forth between him and Saddam, who stayed in the terminal building.)” What messages, Shrimpton?

Then Shrimpton crazily moves on to say that “there were no dancing Israelis. Indeed, given the number of Jews who lost their lives on 9/11, the whole ‘Mossad did it’ nonsense is as offensive as it is silly. I happen to know that Mossad were extremely helpful.”

He’s got to be kidding. Even Fox News, a Zionist outlet, would disagree with Shrimpton here:

That Israel was responsible for 9/11 is not farfetched at all because Israel has a history of committing terrorist acts and then blaming other agents. Look at the King David Hotel Bombing in Jerusalem in 1947, which scholars have now referred to as a terrorist act;[1] Deir Yassin; the Lavon Affair;[2] Israel’s deliberate attack on the USS Liberty on June 8th, 1967;[3] the Pollard spy case and the subsequent AIPAC, Ben-Ami, and Stewart Nozette spy cases.

Benjamin Netanyahu said the day after 9-11 that [where Israel’s interest is concerned], “It’s very good.”[4]  Netanyahu, of course, quickly ‘edited himself,” obviously because he realized that his statement would almost certainly got him into trouble. “Well, not very good, but it will generate immediate sympathy. [The incident would] strengthen the bond between our two peoples, because we’ve experienced terror over so many decades, but the United States has now experienced a massive hemorrhaging of terror.”[5]

Even CNN admits that from 1980-1985 there were 18 terrorist attacks committed by Jews in the United States and 15 of those attacks were committed by the Jewish Defense League, an organization which was founded by Jewish terrorist Rabbi Meir Kahane who, like Jewish spy Jonathan Pollard, had strong connections in the Israeli government.[6]

Furthermore, in 2011 at least 200 Israelis were arrested. 140 of those were detained by the FBI right before the 9/11 attack. Many of those Israelis “had used cover stories to gain access to sensitive government buildings and the homes of American officials.”[7] The Washington Post,[8] the Telegraph,[9] and other media outlets such as the widely read French newspaper Le Monde[10] began to ask why many of those people were arrested.

No one was able to answer the question because those Israelis were never prosecuted. According to John Farmer, former senior counsel to the 9/11 Commission, the 9/11 Commission report is unreliable and many who wrote the report were misled.[11] According to Sylvain Cypel of Le Monde, there is no doubt that the Israelis—at least the Mossad—were aware of the 9/11 attack before it happened.[12]

As if to prove Cypel right, Benjamin Netanyahu, as we have already pointed out, posited the claim that “We are benefiting from one thing, and that is the attack on the Twin Towers and Pentagon, and the American struggle in Iraq.”

So how Shrimpton can manage to ignore all those facts and move on to perpetuate a completely silly narrative is beyond comprehension.