20 years’ worth of lies, all rolled up into a couple of days! MSM coverage of the 9/11 anniversary was even worse than expected, which is saying something. The good news is that the fake news journalists are gnashing their teeth in anguish at the fact that the “9/11 conspiracy theories” are still alive and kicking.

Is the media covering up 9/11 in part due to the presence of embedded CIA “Mockingbird” assets? Elements of the CIA were clearly complicit in the 9/11 coup, just as with the JFK coup.

And now we have a CIA physician arguing in the Washington Post for punishing unvaccinated people, like me and my family, through medical neglect. As the RT story on this suggests, the appearance of Ruth Mengele, I mean, Ruth Marcus, a CIA physician in a Washington Post op-ed arguing those who have not been vaccinated should not be prioritized for medical treatments raises some alarming questions and “conflicts radically with accepted medical ethics…”

So what’s next? How about prioritizing the unvaccinated for harmful and unnecessary medical procedures? We could force the unvaccinated to undergo unnecessary surgeries! The threat of unnecessary organ transplants, unnecessary tooth drilling, and root canals, maybe even brain surgery, might convince those stubborn, intractable unvaccinated ne’er do wells to let us stick ‘em with a gene therapy needle. In fact, if we give them a simple choice—a vaccination or a lobotomy—most of them will make the right choice. And hey, it’s a free choice, right? We aren’t coercing anybody. We’re just using…incentives! And as for the really stubborn ones who prefer a lobotomy to a vaccination, well, AFTER the lobotomy they won’t be in much of a position to object to anything, now will they?

I wonder if I could escape the unnecessary surgery by presenting my proof of non-vaccination card? 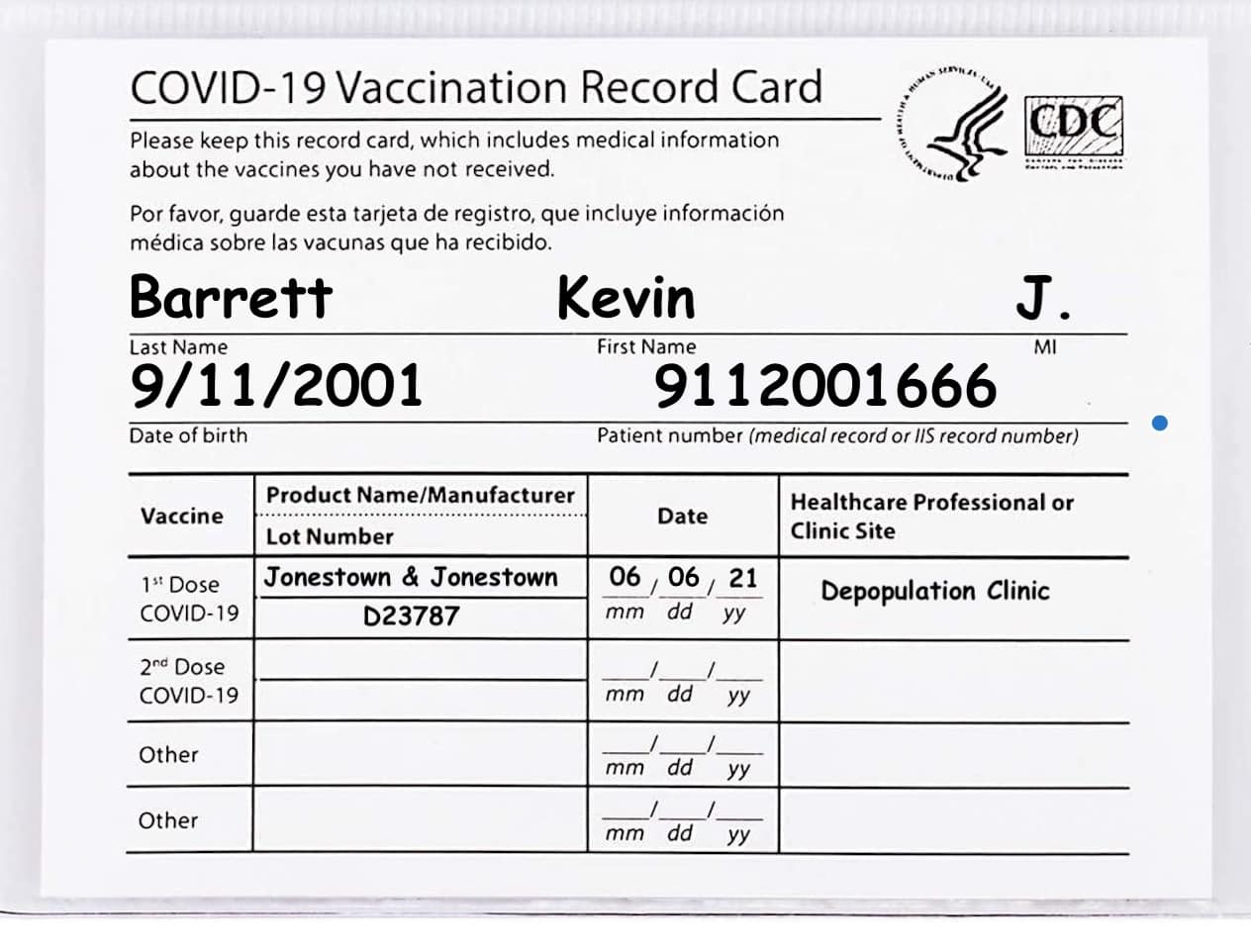