Feature Image: Iraqis want US troops out, and the US war buried away forever

by Vladimir Danilov, with New Eastern Outlook, Moscow, and the Institute of Oriental Studies of the Russian Academy of Sciences, a research institution for the study of the countries and cultures of Asia and North Africa.

[ Editor’s Note: There has been a lot of song and dance all during the War of Terror on US pullbacks and repositionings, with lots of smoke and mirror tools used by Washington and its key allies.

First, troops moved out of a country appears to indicate they are coming home when a lot of them are just being shifted around to Gulf State allies in the Persian Gulf, something we have seen for decades now.

Second, when 2500 US troops pull out, and 2200 vets who are now mercenary contractors replace them, you have a situation where they are more dangerous than the uniformed troops, as they are not under the US military uniform code of justice. Reporting on their activities goes almost totally dark.

As for training, grab your wallet with both hands and hold on tight. With years and years of conventional and covert warfare experience, the Iraqi army has all the combat experience it needs, and all the highly trained personnel to rotate new troops into the needed military slots for combat. Technical US trainers of course are needed for specialty equipment maintenance, etc.

But Iraq has Russia and Iran to provide some of this support, especially training, as they also have a lot of combat experience and trained technical people. But there is another reason why the US likes to have US ‘related’ people spread out continually in these war zones.

The US sharpies stole huge amounts of oil during the Iraq wars. VT has informed estimates that at the Basra port, one out of every three ships loaded with oil was simply stolen. Gordon could write the book on how much was smuggled from the Kurdish region via the Turkish pipeline pretending to be someone else’s oil.

I hope you can understand why a lot of key people in high places had absolutely no interest in having a short war on terror, when it proved to be a bonanza for those who have a history of profiting during wartime… Jim W. Dean ] 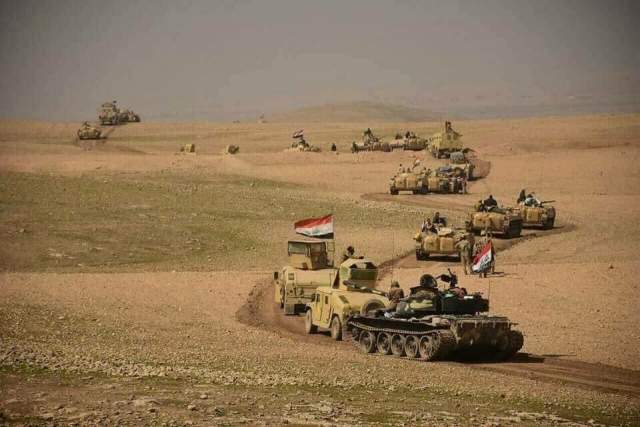 Recently, the United States has been actively redistributing its financial and military power from the Middle East to the Asia-Pacific region, refocusing all its forces against China. Washington sees that country as its main competitor and rival in its future struggle to ensure unrestricted global leadership.

For this reason, and against the backdrop of increased protest by Middle Easterners against the presence of American troops, Washington was forced to withdraw entirely from Afghanistan at the end of August. The US’s next station is Iraq, where the Afghan fiasco has already overtaken the US Syria will be next.

Washington announced the withdrawal of US troops from Iraq after US President Joe Biden met with Iraqi Prime Minister Mustafa al-Kadhimi on July 26, 2021. By December 31, Washington has promised to wind down all combat operations in that country, drawing a line under nearly 20 years of US armed intervention there, as in Afghanistan.

But at the same time, Washington said military cooperation would not end in Iraq. However, Baghdad had previously reiterated that the country does not need a foreign presence.

In this context, let’s recollect that American military bases are maintained in the Arab monarchies of the Persian Gulf. The US Navy and other NATO navies, along with aircraft carriers, are constantly patrolling the waters of the Mediterranean Sea and the Persian Gulf.

So the territory of Iraq remains under reliable American supervision, even after the planned withdrawal of two thousand five hundred US combat troops. In addition, some of them are likely to remain after the withdrawal to advise and train local soldiers and officers and participate in the exchange of intelligence.

Washington also intends to continue supporting Kurdish militias that have played a prominent role in fighting extremists in the region. Washington stresses all of this is “designed to enhance Iraqi combat capabilities.” US Marines guarding US foreign missions may also remain in the country together with a significant number of mercenaries from US private military bodies.

However, the State Department stressed that the bases used in Iraq by the US and coalition contingent are Iraqi; they are not the US or coalition bases. The international contingent is present only to support the Iraqi government in fighting terrorists.

President Biden and Prime Minister Mustafa al-Kadhimi reiterated this decision to withdraw American troops from Iraq when they met in Washington on August 23.

During the visit of Iraqi Foreign Minister Fuad Hussein to Moscow in late August, the Iraqi official reiterated his country’s readiness to withdraw US troops. He stressed that Iraq now has all the necessary forces and means to fight terrorism on its territory.

The minister stressed that the Iraqi security services now have sufficient information about radical Islamists and the necessary skills to combat them effectively. All this allows us to hope that the Afghan version will not happen after the departure of the US military from Iraq.

The withdrawal of foreign forces from Iraq has already begun in the first half of August 2021. Although the troops of the United States and its coalition allies are expected to be replaced by UN peacekeepers to provide security on the territory of Iraq, dormant cells of DAESH (a terrorist entity banned in Russia), supported by some segments of the local population, have noticeably been active on Iraqi territory already at the stage of negotiations on the withdrawal of the US contingent from the country.

Therefore, in recent days, attacks on military and humanitarian convoys and the country’s economic infrastructure have been frequent in Iraq. In August alone, terrorists destroyed several facilities of the electrical infrastructure of the State, attacked its vital components, and blew up power pylons, de-energizing large areas in and around Baghdad and several provinces of the country.

The lack of power not only prevents the normal functioning of the country’s social facilities but also causes increased citizen discontent, making it easier for militants to find accomplices in their midst.

The withdrawal of UStroops from Iraq has recently become one of the most discussed topics after the Afghan issue. One of the reasons that inclined President Biden to end this campaign certainly may have been the death of his eldest son, Beau, who served in Iraq at the rank of major. Doctors believe his fatal illness was triggered by exposure to toxins that entered the atmosphere when officers burned military waste.

However, the US-Iraqi story did not begin in 2003 but earlier, being basically the story of a battle for oil. After World War I, Iraq, which had been part of the defeated Ottoman Empire, was occupied by Britain.

All oil wealth of the country was divided between England, France, and the USA. But many years later, in 1968, after the coup d’etat in Baghdad, Saddam Hussein came to power and soon nationalized all the oil, which provoked the armed intervention of the USA and the West against this country.

However, nowadays even the political elite in the US are convinced: Iraq was a mistake. Washington’s show at the UN stage with Colin Powell’s model vial of anthrax, when, a few years after the invasion, the US admitted that no biological weapons had been found in Iraq, cost the world and the US itself enormous cataclysms and casualties.

A trillion dollars has been spent on this war, with an enormous loss of life and unjustifiable sacrifice. Among them, 8,000 American soldiers, more than 50,000 Iraqi police officers, and almost 200,000 civilians. The total loss is almost a third of a million, and that’s the population of an entire city.

The perpetrators of these damages must therefore be held accountable before the law, as well as making the necessary contribution as reparations for the reconstruction of Iraq. This includes the return of wealth and national treasure stolen from that country.

Therefore, the attempts of the Iraqi authorities to return the $200 billion smuggled abroad, including the assets of former President Saddam Hussein, to the country are not surprising.

According to SHAFAQ News, Iraq’s Deputy Prime Minister & Minister of Finance Ali Allawi announced this on August 26 during a government meeting. According to him, “$150 billion to $200 billion was smuggled out of Iraq back in the day, of which only 5% was former regime money.”

According to the minister, the Central Bank of Lebanon had earlier informed Baghdad about the “disappearance without a trace” of $20 billion transferred from Iraq back in the day.

Speaking after the Cabinet meeting, the Finance Minister made it clear that these funds could seriously help improve the country’s financial situation and could be used, in particular, to cover the budget deficit and carry out economic reforms.