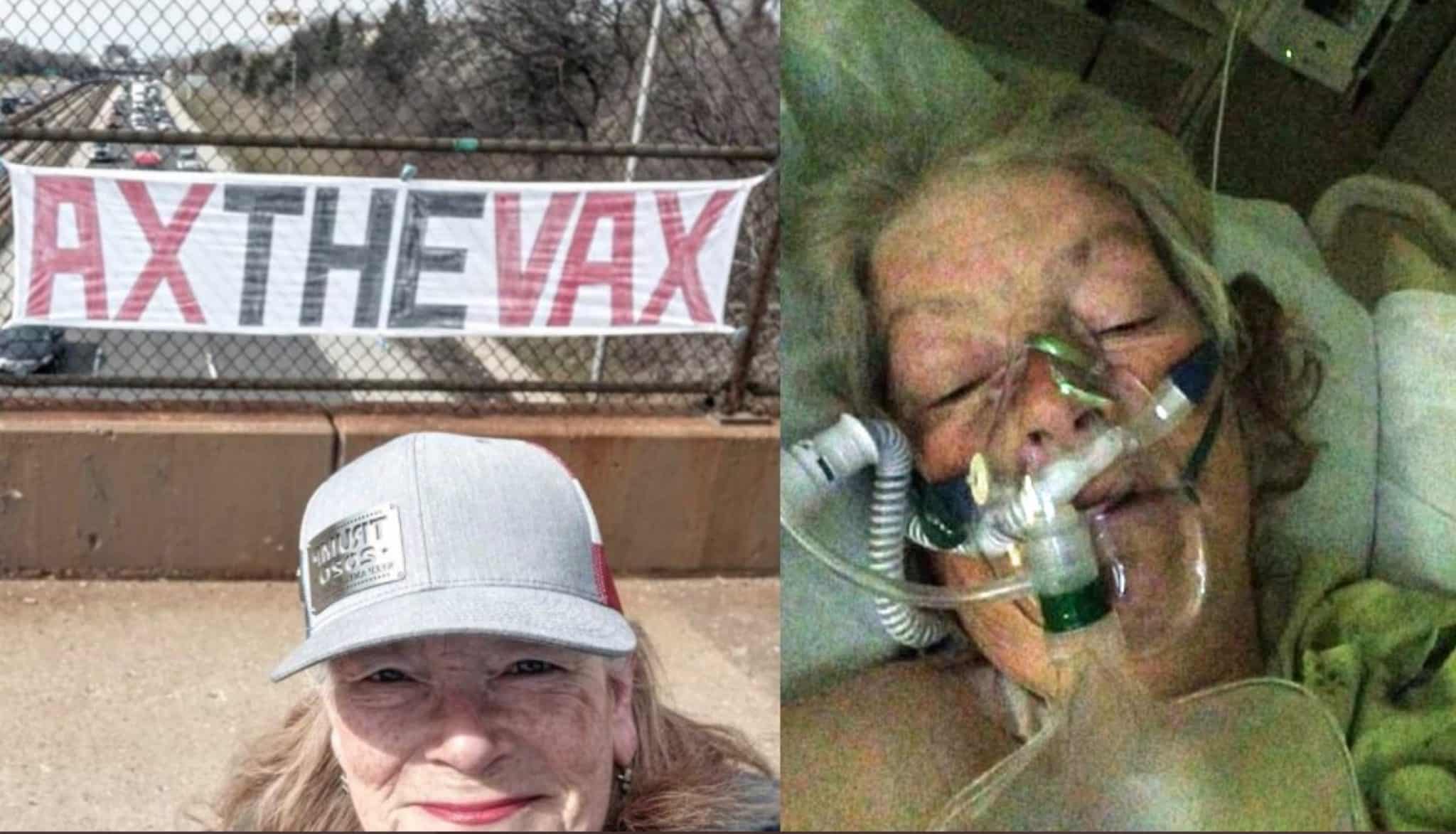 Daily Beast: A hospitalized COVID-19 denier whose attempts to be treated with deworming drug ivermectin inspired a far-right harassment campaign against her hospital died early Monday, sparking cries among QAnon conspiracy theorists that she had been the victim of “medical murder.”

How it started vs. how it's going for Veronica Wolski, who is known for boosting anti-vaccine, anti-mask and QAnon conspiracies.#GetVaccinated #GetVaccinatedNow pic.twitter.com/UqaCgu3lPb

Before her COVID-19 diagnosis, Veronica Wolski was a prominent Illinois booster of the QAnon conspiracy theory who recorded herself hanging pro-QAnon banners over bridges and flouting mask laws in stores, once declaring, “I have never once worn a mask.”

After she was hospitalized in Chicago two weeks ago with COVID-19, Wolski’s supporters in QAnon and other far-right groups besieged the medical center with hundreds of phone calls and even some death threats, demanding that she receive ivermectin, whose effectiveness as a COVID-19 treatment is unproven.

Anti-mask and anti-vaccine menace Veronica Wolski, whose supporters recently demanded she be treated with ivermectin while in the hospital with covid. Here is how it started, harassing Staples employees with her “mask”… pic.twitter.com/rTqqVRzBCy

Lin Wood and others announced that anti-mask/vaccine activist Veronica Wolski died early this morning. 10 people showed up at the hospital last night demanding she be released to their care. Here is one telling supporters to stop calling in death threats to the hospital. pic.twitter.com/eXwpsWm4PS

On Monday morning, Wood announced in a post on social networking app Telegram that Wolski had died shortly after midnight and called her death a “medical murder,” urging his followers to “go to war.” AMITA Health, which runs the hospital where Wolski died, did not respond to an immediate request for comment.

QAnon influencer Veronica Wolski has died from COVID-19 after ending up at the center of a harassment campaign against a Chicago hospital as QAnon supporters, including Lin Wood, demanded they treat her COVID-19 diagnosis with ivermectin.
https://t.co/IXC3vwR38g