Home Life Family vs. Feminism: The Battle Line of the New World Order 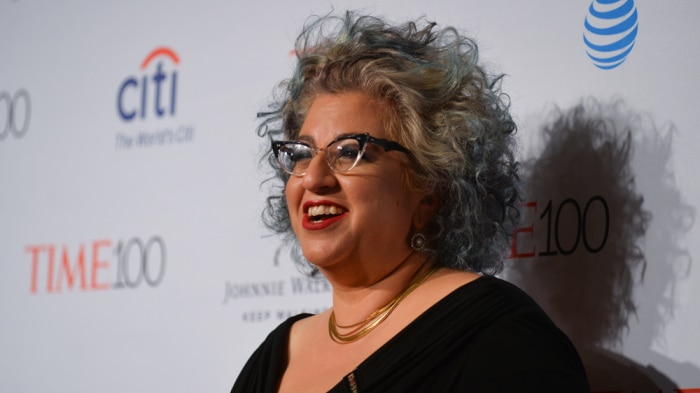 Feminism has been a subversive movement from its inception. If you want recent proofs of this, then look at the work of people like Eve Ensler and Jenji Kohan. This movement has ruined lives even in far-distant lands like India.[1]

But every subversive movement has its own intellectual revolutionaries and radicals. Feminism, sad to say, was largely a Jewish movement.[2] In fact, the Jewish Daily Forward even argued that “feminism and Judaism go together like Courtney Love and hitting people with microphones while screaming in a drug-addled spittle-flecked nipple-revealing manner.”[3] The magazine cited Naomi Wolf saying,

“We have a political history going back to the socialist and labor movements, where women were organizers and rabble-rousers.”[4]

Feminism promises to empower women and free them from “male domination,” but ends up denigrating and alienating them from true reality by largely promoting pornography as an alternative to traditional family values.

It couldn’t get any more obvious. Women who thought that Friedan was going to liberate them from “male domination” inevitably and indirectly ended up embracing Friedan’s pornographic ideology, which got morphed into sexual politics in the 1960s and beyond with the publication of Friedan’s The Feminist Mystique.[6]

But by 1979, radical Jewish feminist Andrea Dworkin stirred the feminist establishment by showing a striking link between Marquis de Sade and pornography and by implicitly arguing that pornography, Marquis the Sade, and sexual violence are concentric circles.

Instead of empowering women, argues Dworkin, pornography humiliates them and treats them like, well, whores and cunts and sluts and bitches. Dworkin even goes to the Greek etymological definition of pornography, which means “whores,” or “sexual slaves,” and “specifically and exclusively the lowest class of whore, which in ancient Greece was the brothel slut available to all male citizens.”[7]

“In pornography,” Dworkin previously writes, “the object is slut,” and “As one goes through the pictures of the tortured and maimed, reads the stories of gang rape and bondage, what emerges most clearly is a portrait of men who need to believe in their own absolute, unchangeable, omnipresent, eternal, limitless power over others.”[8]

But because she was duped by the feminist ideology which would not allow her to think clearly and establish a consistent and coherent argument throughout her book, Dworkin irresponsibly argued that rape and marriage are also two sides of the same coin. As a corollary, Dworkin added, “The metaphysics of male sexual domination is that women are whores.”[9]

Though Dworkin was not consistent, she implicitly did make one point which the feminist movement could not logically answer: by defending pornography, feminist apologists were inexorably defending Marquis de Sade’s blatant pornography, which he articulated in oeuvres such as Philosophy in the Bedroom.

If Dworkin is right, then it is safe to say that feminism logically leads to Marquis de Sade. It should also be mentioned in passing that both Sade and the entire feminist ideology are operating outside the moral order. As Sade put it,

“The philosopher sates his appetite without inquiring to know what his enjoyment may cost others, and without remorse.”[10]

Translation: the moral order or practical reason must be abandoned at any cost if one is to be free. And if you listen to feminist apologists long enough, they end up admitting the same thing. What’s your take on these issues, Makow?

In 1965, Helen Gurley Brown, the editor of Cosmopolitan, said that a housewife was “a parasite, a dependent, a scrounger, a sponge or a bum.” She didn’t call them whores because she respects whores.

Her sister-in-arms, Betty Friedan, compared homemakers to “concentration camp inmates” because of the lack of stimulation and opportunity for advancement in concentration camps. (The Feminine Mystique, p. 306)

“The scale of marital breakdown in the West since 1960 has no historical precedent,” says historian Lawrence Stone. In 40 short years, the marriage rate is down by one third, the divorce rate has doubled, the birth rate is one half, and single-parent families per capita have tripled. Forty percent of all children born in the US in 2007 were out of wedlock compared to 4% in 1957. (Bennett, The Broken Hearth, p.10)

In 1952, the Rockefellers controlled $250 million dollars of media advertising annually. They hyped Helen Gurley Brown’s 1962 book, “Sex and the Single Girl” and the movie. Single women were told they should have career and sex instead of family. At the same time, the Rockefellers were also funding and lobbying for population control and eugenics.

As editor of Cosmopolitan (1965-97), Brown was role model for career women the world over (36 foreign editions.) She married her manager at age 37 and remained childless. Along with Communist activist Betty Frieden, and CIA agent Gloria Steinem, Brown belongs to the triumvirate of modern feminist social engineers.

“Why wasn’t I revolted? I was a little but not utterly. I think even then I was a practicing realist… I tried to do whatever you needed to do to survive.” (4)

She got a secretarial job on the understanding that she would sleep with her married boss and he would “take care” of her in return. This arrangement lasted for a few years. She describes the routine:

“After cocktail hour we did go to my flat to make love. The lovemaking? …This was two people copulating — he seemed to have a good time…Moi learned to fake often and well.” (15)

Brown’s excuse is that she was a helping a mother and invalid sister back in Arkansas. (Prostitutes generally don’t come from wealth.)

Her only regret: she never really got the promised financial payoff: “I needed somebody to tell me how to treat a man in this situation, how to flatter and cuddle and coo. I should have done it better.” (19)

Helen Gurley Brown became that person. She taught women how to parlay sex appeal into profit and control. She helped to transform feminine nature from love and devotion to calculated predation.

Here is how she got her husband to marry her.

“You get the hook in. The darling, charming, delicious, sexy you has to have sunk into him so seriously, the hook [is] buried so deep he can’t get it out without severe pain, i.e. can’t live without you. You then close in and deliver your ultimatum. I had to deliver mine twice.”(27)

While Brown claims she was loyal, she thinks adultery is just fine. The man’s wife is to blame if he strays. Sex, Brown says, “is a physical feeling” “it feels good… one of the best things we have….” not to be subjected to “a moral imperative.”

Suffocating a sexual urge can lead to “twitches, tension or depression” and driving “off a cliff some night.” (52) But, like a practiced madam, she cautions “never sleep with someone who has less money or more troubles than you.” (225)

Office romances and even sleeping with the boss is just fine as long as you’re discreet. (107) She tells her readers to make the boss “look good,” let him take credit for their work, and don’t complain about putting in extra hours.

Feminism, it seems, has removed wives and mothers from their families, and put them to work for corporations. Instead of serving husbands and children who love them, women now obey bosses who pay for their services and fire them in a downturn.

In Brown’s view, if a loving husband provides for a devoted wife, she is a “parasite.” But if she is a corporate slave or whore, then she is “independent” and “liberated.”

This quote from the review of a new biography reiterates her contempt for marriage and family: “When “Sex and the Single Girl” came out in the early 1960s, the most shocking thing … was Brown’s matter-of-fact attitude toward affairs with married men.”

Feminism is an excuse to sell yourself:

“…she recommended that her readers take advantage of the situation, milking a guilty and grateful married lover for gifts, money and workplace advancement, which Brown regarded as fair recompense for the fact that men got paid more than women and kept the best jobs for themselves.”

The message that sexual urges were not to be denied, that promiscuity was “cool” and “modern,” was instilled in women to degrade them and undermine marriage. The state is intended to replace the family.

In reality, women achieve fulfillment through self-sacrifice. It is a vicious slander to portray devoted hardworking wives and mothers as “bums” and “parasites.”

The assumption that only work performed for cash (state/economy) is of value is sick. They want to denigrate the personal and spiritual realm, the private life of the family and the effort that this entails.

Brown says, “Whenever you live through someone else, they want someone else.” This is simply not true. We love mom because she put us ahead of becoming the top producer at Century 21. Love is self-sacrifice.

Beyond a certain point, worldly ambition in a woman is masculine and impersonal. America is full of bitter neutered women and befuddled emasculated men.

The #MeToo movement will only exacerbate this trend.

“Something troubling has been happening to me lately. Men appear to be afraid of me. A male superior at work asked, ‘Is it okay to say that?’ after complimenting me on a new pair of ‘funky’ boots. Another man apologized profusely after tapping my elbow. A male colleague called after a tense, but completely professional conversation to make sure that, ‘You are okay and don’t feel like I was rude.’

“While this extreme politeness could indicate that the #MeToo movement is having a positive impact, it’s more likely a sign that men are unsure of how to interact with women. It’s an unintended consequence of the movement, which could set both men and women back to the wrong outcome — a world where men are advised never to meet with women alone to avoid any chance of being called out for harassment.

“Recent surveys substantiate my experience. Lean In and SurveyMonkey found that nearly half of male managers are uncomfortable participating in mentoring, working alone, or socializing together with women, and that the number of male managers who are uncomfortable mentoring women has more than tripled. A recent Harvard Business Review study exploring the #MeToo and #TimesUp movements’ impacts on creating lasting improvements in their organizations revealed some ‘adverse reactions.’”[11]

Of course, people like Harvey Weinstein, Woody Allen, Jeffrey Epstein, Prince Andrew, among others, have abused their power. But do we really need the ideals or ideology of the #MeToo movment or the feminist movement to get things straight? We believe scholar Kate Weigand is right in stating in Red Feminism: American Communism and the Making of Women’s Liberation that: “Ideas, activists and traditions that emanated from the Communist movement of the forties and fifties continued to shape the direction of the new women’s movement of the 1960s and later.”[12]