The war against journalism goes mainstream

[ Editor’s Note: Subtitle is not hype. Once ‘monitoring’ came into fashion, a jump was make from making money by selling the information obtained, to selling the ability to do the monitoring.

And even better, if you were the entity selling the software, controlling the ‘updates’ gives you a window to pull in a huge amount of intel while being paid by those you are then stealing it from, the countries themselves, or the contractors the countries sub out such work to have plausible deniability.

No one is responsible, so the theory goes that no one is to blame. Cyber attacks become a ‘cost of doing business,’ like hurricanes, tornadoes and floods. We are multiple decades into this, and how many major exposés have we seen about it?

How many American politicians have made it an election plank “to get to the bottom of it all”? It’s a no go area, so hence it continues to get worse and worse, and yet no drone strikes on these perpetrators, while death rains down on the less fortunate.

There is no attempt to eliminate the problem, as everybody has everybody else blackmailed into keeping it all under wraps, other than a few one day stories that never lead to any changes. It is government at its worst, becoming a threat to us all by its inaction.

Thus ends me cheery missive for today. Mr. Platov has a good review of the problem below, so pass it around to anyone you think would like to know… Jim W. Dean ] 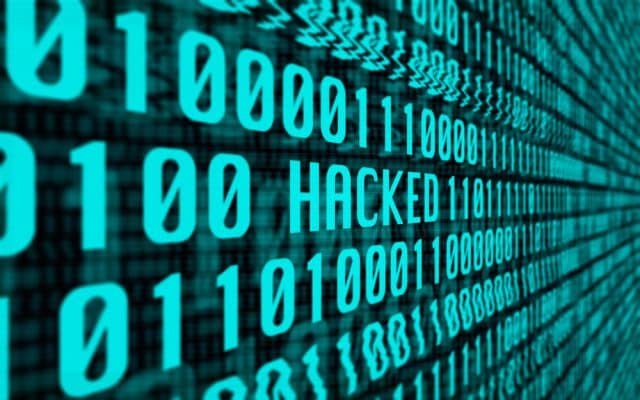 After several dozen international publications, including The Washington Post and The Guardian, simultaneously reported in mid-July on a major investigation by Amnesty International and Forbidden Stories over Israel’s Pegasus spyware, another scandal over Israeli cyber-spying activities erupted.

According to the articles, not only Israel itself but also dozens of governments used Israeli technology to hack the phones of politicians, journalists, opposition activists, and human rights activists. Tens of thousands of phones were tapped.

A direct trace is also evident in Israel’s complicity in the cyber-surveillance of the murdered Saudi journalist Jamal Khashoggi, hence the responsibility for the events that happened to him. The investigation contains a great deal of information about human rights abuses in many regions of the world through programs developed by Israel and, in particular, by the NSO Group, but this is only the tip of the iceberg.

It has become apparent to everyone that not only government services are engaged in cyber espionage in Israel but, in addition to the NSO Group, there are other Israeli companies competing with each other: they manufacture similar products and supply them to those who commit similar crimes.

There are also technologies possessed exclusively by the Israeli security and intelligence agencies, which provide their services to Israel’s close friends, including several Arab states.

As the British publication Al-Quds-Al-Arabi stresses, “the current scandal could be much more severe if all information about Israel’s activities in providing repressive regimes with electronic and non-electronic means of espionage is made public, not to mention the scale of international involvement in its crimes. First, they are cybercrimes, later escalating into actual prosecution, abuse, and imprisonment, often to the point of intentional homicide.”

It is now clear to all: even by Israeli standards, Pegasus technology is a weapon since the license to sell it is a permit for “arms trade” issued by the Export Control Department of the Israeli Ministry of Defense.

According to information published in recent years, Israeli security forces have used the program to spy on Palestinian and Arab residents and to control politicians inside Israel and in many countries worldwide.

For instance, in the list of phone numbers tracked by the Pegasus spyware, one of the numbers of Emmanuel Macron, the numbers of former French Prime Minister Édouard Philippe and 14 ministers of the country have already been identified since 2017, as Le Monde wrote.

According to The Washington Post, 14 heads of state were tracked through Pegasus, including South African President Cyril Ramaphosa, Iraqi President Barham Salih, King Mohammed V of Morocco, Imran Khan, Prime Minister of Pakistan, and others.

Accordingly, it is pretty understandable that in addition to whoever Israel sold a license to use the Pegasus spyware, the Jewish State also had every opportunity to control the behavior of foreign politicians using this spyware. And this justifies the natural demand of any foreign public for a detailed report from Tel Aviv on such illegal activities against foreign nationals.

However, there also have been other revelations of the use of cyber spyware to spy on foreign politicians before. So, in 2014, John Kerry, then serving as US Secretary of State, became a victim of unauthorized wiretapping during his Middle East tour, as reported by the German Spiegel, citing its own sources.

At the end of 2020, the Citizen Lab, University of Toronto, published a report that disclosed the hacking of the iPhones of dozens of Al Jazeera TV Channel employees using technology developed in Israel.

Modern warfare is increasingly moving into cyberspace. With its innovative and well-funded technology and active military intelligence apparatus, Israel is one of the most advanced players in cyber warfare.

Israel’s energetic participation in these wars has long been no secret, as has the fact that it was Israel that was behind the Stuxnet, Duku, and Flame attacks on Iran a few years ago.

According to articles published by The Washington Post, Israel had something to do with the May 2020 cyberattack on the Iranian port of Shahid Rajaee in Bandar Abbas, the Hormozgan Province, which disabled computers tracking ship and truck traffic at the port located in the strategic area of the Strait of Hormuz in the Persian Gulf.

The fact that Israel has become a leading exporter of civilian spying equipment was revealed back in 2018 by a Haaretz study covering 15 countries.

Privacy International has been publishing research on the international trade in espionage technology since 1995. The latest report notes the tremendous growth of the industry, in which some three dozen Israeli firms are now very active. International data shows that Israel accounts for up to 20% of the global cyber market, and investments in Israeli startups in this industry account for more than 20% of the total amount in the world.

The Israel Defense Forces (IDF), in turn, played the role of a business hothouse as their technology intelligence units grew and their graduates applied their knowledge to a multitude of startups.

Unit 8200, also known as the Central Collection Unit of the Intelligence Corps, sometimes referred to as the Israeli SIGINT National Unit (ISNU), covers the offensive spectrum of military use of cyber capabilities. It reports to the Israeli Military Intelligence (AMAN).

It has rather strong operational capabilities and close ties with its US counterpart, the NSA. According to some estimates, more than 5,000 soldiers are assigned to Unit 8200, enabling the latter to conduct offensive cyber operations worldwide.

Tracking Israeli exports of spy devices is hampered by the fact that in many cases, they are not exported from Israel; many companies prefer to register abroad or work there for a variety of reasons: cheap labor, favorable taxation policies, greater secrecy, weak government regulation and the desire to disguise the Israeli origin of systems to penetrate markets in hostile countries.

For example, Circles Technologies, one of the leading companies operating in Europe, has created a product that uses the weakness of the cellular network to find devices. A phone number can be determined as to which cellular cell it is connected to and approximately where it is located.

Another system, widespread in the Israeli cyber industry, focuses on gathering information from social media. These are non-aggressive systems that are not under the control of the Ministry of Defense. They concentrate on open-source information and analyze it in a way that concludes big data.

In Latin America, for example, there is little trace of Israeli activity. Still, AP news agency investigations show that in 2015 an Israeli company, Verint, set up a $22 million monitoring base in Peru capable of tracking satellite, wireless and fixed-line communications with 5,000 targets and recording conversations simultaneously.

Notably, Israel was a member of the fifth United Nations Group of Governmental Experts (UNGGE) on Information and Telecommunications and the Geneva Dialogue on Responsible Behavior in Cyberspace, thus establishing acceptable behavior norms for the cyberspace.

Israel is also a signatory to the Convention on Cybercrime of the Council of Europe (2019) and has established bilateral cooperative relationships (e.g., with the United States in 2016, Bulgaria in 2018, and Australia in 2017). Therefore, the discovery of offenses using the Pegasus spyware imposes a special responsibility on Israel.

As the British Al-Quds-Al-Arabi publication stresses, Israel is committing cybercrimes, and it is time to bring it to justice. The latest scandal is the perfect opportunity to do just that.