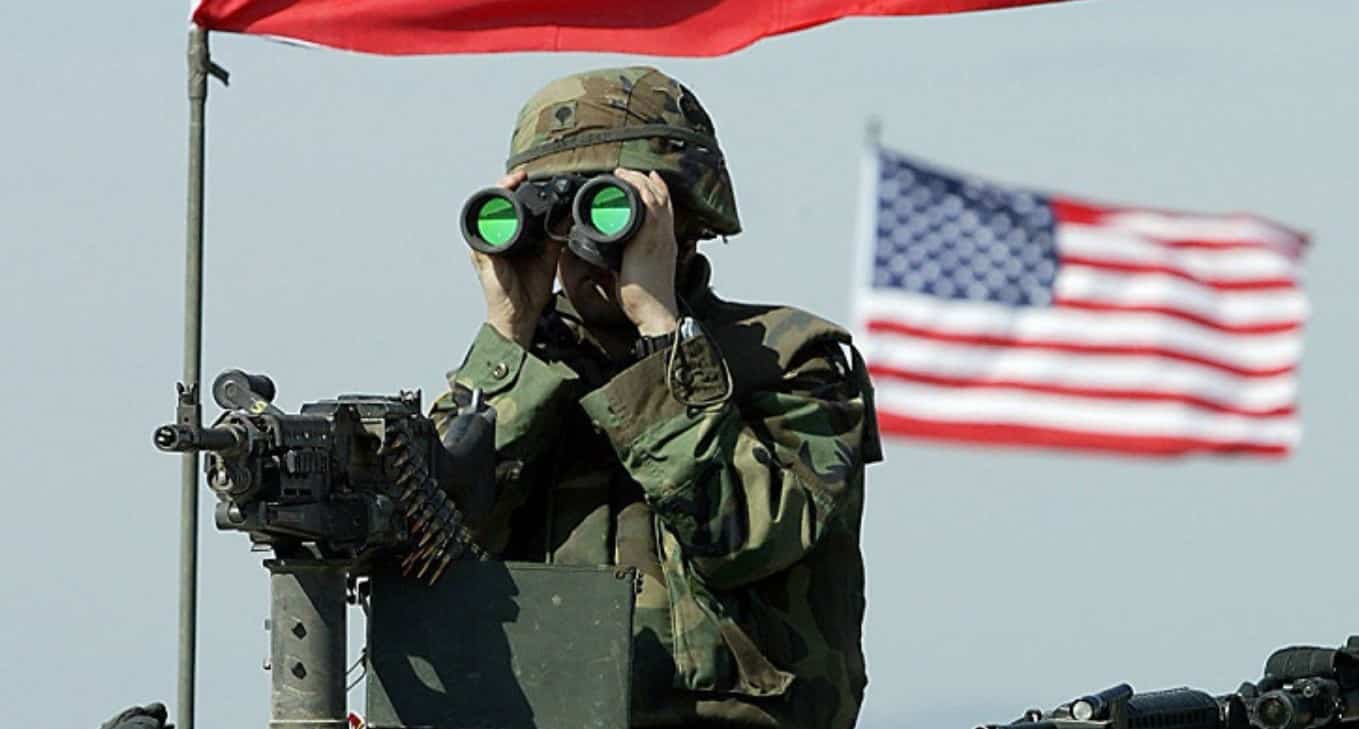 By Phil Butler for NEO and for Veterans Today

There’s a blazing truth staring Russia in the face. It’s a truth 193 other countries have been forced to face too. Americans, by and large, do not give a damn what wars we are in, or if we win or lose. The plight of other nations, or even our next door neighbors’ catastrophes, are too far outside our empowered exceptionalism. I know, I know, it’s a shocking revelation for some. But I was once the cable guy, so I know.

Looking outward, we find Russia’s state owned RT (Russia Today) does a good job of countering western propaganda most of the time, and for a fraction of what western corporate media spends to spin a narrative. Unfortunately, the Russian news outlet gets it all wrong on many subjects. Case in point, a recent story quoting WikiLeaks editor-in-chief Kristinn Hrafnsson. In the piece, he discuses Afghanistan and how the media was complicit in hiding “the truth” about our failed from the “get-go” war. The problem, you see, is that western media only gave the American people what they wanted, a good reason to keep on being an empire. The directives from the elites who control the message, no longer include instructions to obscure the real message. This is because we don’t care. We don’t care. We don’t care about anybody. So, there is no imperative for subterfuge anymore. This is how bad we’ve become. The antithesis of this is the lie, not Afghanistan, Vietnam, Syria, Ukraine, or the Clintons taking advantage of Haiti. We just don’t care, get it?

Hrafnsson, who is supposed to be a smart guy, told RT that the fact Washington was able to deceive the world for two decades is more shocking than the Saigon-ish images of America’s pullout. Really, now? No, Washington was not doing much to cover up anything. These days the mainstream media does little to hide the fact America runs on the blood, guts, and legacy resources of other people and places. What? Do I blaspheme here? I assure you, I do not. Americans are preprogrammed from birth. It started a long time ago, before I was born. And I am old.

Were Kristinn Hrafnsson and WikiLeaks founder Julian Assange naive enough to believe the release of the Afghan War Diary would make a difference? Had no one at WikiLeaks ever lived in or studied in America? Do these people not read history? The massive money flows, the military industrial complex bloodletting for profit, the big energy moves, private contractor bonanzas, all of it were not only predictable, but it was all in plain sight. It was in Vietnam too, but Americans were doing the twist, camping out at Woodstock, and watching their soap operas all day long. Business was good in 1965, but it was better in 2006, 2016, and even now.

I know many Russians. And a lot more Americans. Remember, I said at the onset of this report, that I was once the “cable guy,” or basically a service professional who sees it all. My upbringing made me the perfect cable technician, actually. My family went from rags to riches, from affluence to despair, over and over in the last five or six decades. This is a common thing in my country. So, my chameleon-like socioeconomic character helped me slide in an out of any circle. In cable, you see, one has to communicate and work in the projects, trailer parks, at the penthouses above prestigious streets, and at gated communities on Florida yacht basins. I was, in effect, the fly on the wall, so to speak. And Americana is not what most Russians or Germans think it is. Not at all. We are, in effect, the “copper top” batteries (The Matrix) of wealth in the world. So yes, my fellow copper tops, I was there when you talked in the kitchen about those “rag heads” over in the deserts of the Middle East. I was hooking up your digital devices when you bragged about how we killed Hussein, Gadaffi, and how USAID fed the whole wide world. I hooked up your internet in the penthouse overlooking Vanderbilt University, when your rich daddy chastised me for suggesting the rich needed to be taxed more to help the poor. Your next door sex parties, the cruelty toward your animals, the drug dealing, the opinionated superiority you all exhibited at a point, I caught it in my mental mixtape.

Speaking of the movie Matrix. Pretend the machines have already taken over, then reason in the fact that each day, US per capita energy consumption includes 2.6 gallons of oil, 9.7 pounds of coal, and 255 cubic feet of natural gas. Think of it, by 2018 there were 46.0 million more cars than licensed drivers in the United States. Astonishingly, for every American born, over 75,000 gallons of petroleum will be used in their lifetime. The figures for other natural resources are as staggering. The average household in the US consumes 240 gallons of water per day. And for comparison, remember that in some places in the world, people cannot get enough to drink to stay alive. We throw away enough food to feed every hungry man, woman, and child on Earth. No, really. Almost 25% of all the food we produce ends up in a landfill. And we Americans are the wealth generators for evil men so rich their names are hidden beneath 200 holding companies. Jeff Bezos is just their poster boy. More on this in a later story. Just come to terms with the reality of every policy discussion you ever read.

Listen, I was scanning my Facebook timeline yesterday when I came across a post asking followers to “Pray for Afghanistan.” When I read it, I began laughing uncontrollably. Then a tear crept down my cheek as I realized, just how fucked up we have become. The propaganda, the ad nauseum droning of how ‘great’ we are, how fantastic we have been, and the brainwashing that all my countrymen have undergone these decades…… Well, it ends up being the greatest tragedy to ever befall humankind. And now, it all begins to unravel. Unravelling, by the way, not by some cyberwar Vladimir Putin runs from his office command post in the Kremlin.

The world falling down around our heads is not Russia’s doing. It’s ours. Completely ours. We own it. I do not want to hurt the feelings of any Russian, Chinese, or even British friends, but these other nations have been supporting actors in a drama that has taken Earth to the brink of disaster. Part of the reason for this, is that only one American in one million can find Afghanistan on a map for a $1 million dollar prize. Not even if the map has labels. Read a recent Gallop collaborative study that reveals a lot about Americans and their world view, and especially how effective the propaganda has been. And even though almost every lower and middle-class American family had relatives who were servicepeople sent there, few have an inkling where or what Afghanistan is. We only need to pray for them because Trump was not able to rescue them when Biden became president. No, really. This is the America Russia does not get. Apathy and obtuseness is a gift, or part of our current DNA. I know this too because I was a geography teacher for a little while. My countrymen cannot find Afghanistan or Zambia on a labelled map because they don’t give a damn, not because they are stupid. All any of my countrmen need to find is Walmart, the gas station, or the clubhouse at the local country club.

It is nice, however, that the Russians still hold out hope that the average American gives a damn. If you think about it, you can gauge how powerful the western propaganda machine has been, when even America’s most feared enemies believe we are capable of better. I only wish we were. But it will never happen. It did not happen when Nero fiddled Rome into history. And when Alexander the Great died, his best generals made sure his vision did not go on. This is what took place when JFK was gunned down in Dallas in 1963. All the Camelots we Americans could ever dream up, died with him. We became the selfish, empowered, rampant consumer druggies, who pirated the world and called it democracy. And no, there is no longer an excuse. It’s high time we come to grips.

You cannot pretend we did not know. The cable guy listend to you. The service tech fixing your $1,000 dollar dishwasher or $10,000 big screen TV paid attention. Every time you bitched about gas, Trump, Biden, education, or anything at all, you betrayed the fact you not only understand the lie, you are integral to it. You see, Nigerians are not dirt poor because they are inferior. The kids in Venezuela are not hungry or in need of clothes because of socialism. The world is in trouble because we wanted the lie. End of story. And I am sorry to be one of the only Americans man enough to admit it. And by the way, I was my military’s poster boy, when my comrades called, so don’t go there either. Own up. Fix it. Or just be honest enough to admit Americans wanted to take over the world. Russia and 193 other countries are beginning to see us, it’s time America became number 195 in understanding our world policy, and moving to rectify an unsustainable future. That is, if there is to be any future at all.

This is not about America bashing. I am a patriot, and I love my country. In fact, I would be remiss if I did not write the truth of these matters. If we do not rectify the hegemony we created, there is no hope for the world. As powerful as we have become, the influence America has will disappear, evaporate, or even reverse because of the coinciding effects. The sooner we acknowledge, the better chance we have to survive what will certainly be a day of environmental and ideological reckoning. We have to care again, it’s as simple as that.