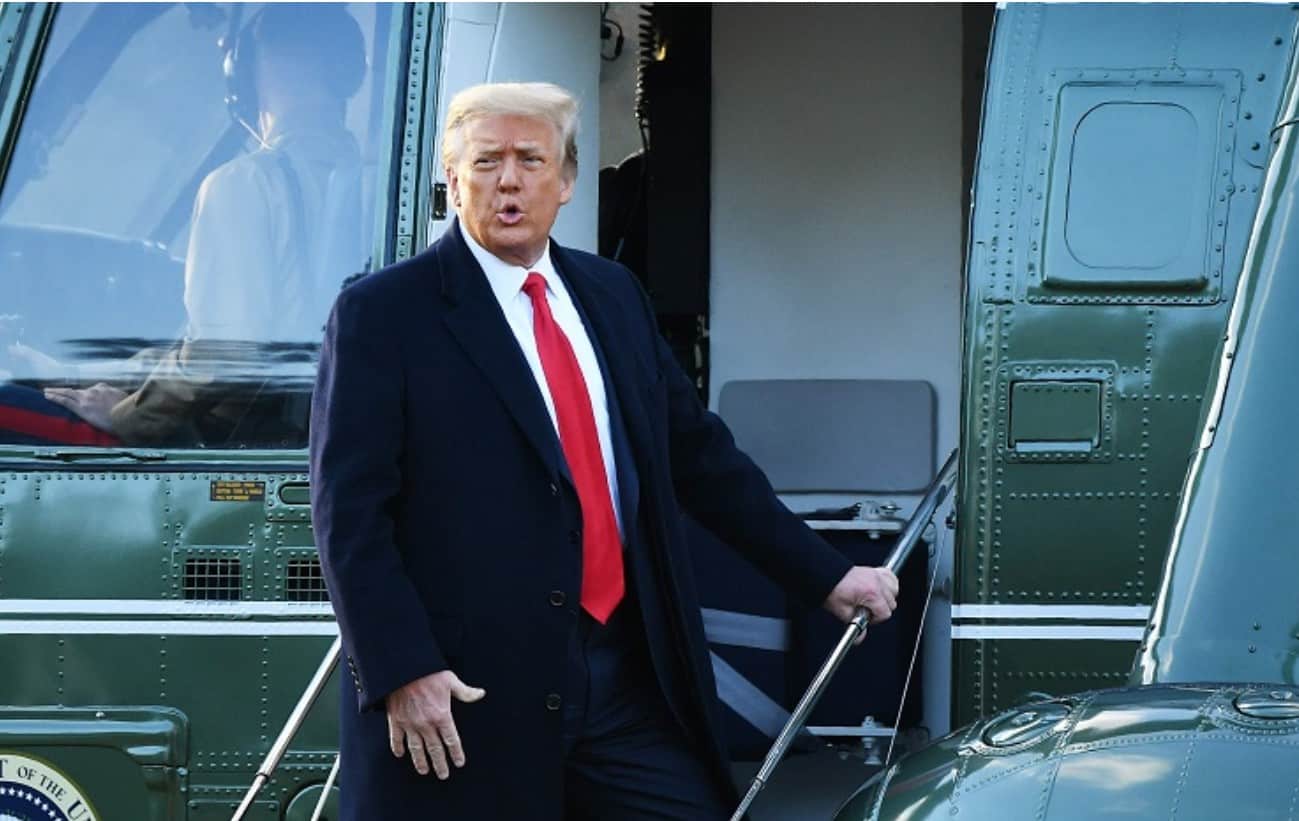 by Gordon Duff and New Eastern Outlook (Est. 1816) of the Russian Academy of Science

Something strange has happened to America. Millions of Americans are demonstrating symptoms of what are generally referred to as pathological disorders, generally personality disorders, of the kind normally attributed to abandonment by parents or sexual abuse as children.

You see it every day, not just in violence against nurses or school officials but in the overall tone of America, anger infused with stupidity and bad manners.

The symptoms are unmistakable as millions of Americans are drawn to “cult level” beliefs, including political and religious extremism that would put the Taliban (banned in Russia) to shame.

Let us also be clear. America never had a real love affair with truth when it came to what the American public was taught in schools or indoctrinated through media. What used to be controlled only by select elites like the Rockefeller or Ford Foundations has now fallen into the hands of the likes of Alex Jones or Joe Rogan.

The old lies, certainly poisonous and insidious, have been replaced with buffoonery and vitriolic, but along with the change in tone, there is also a change in quality. Painful rhetoric is now not just incomprehensible, but it reeks of illiteracy and basic ignorance, simple ignorance, not knowing right from wrong.

Then again, are things really worse? When America “bought” the wars of lies such as Vietnam or the even more reprehensible national tantrum in response to 9/11, millions died because of war profiteering fully supported by the news media and a corrupt government.

Thus, when millions of America’s least educated or most intellectually “vulnerable” lap up vaccine or election hoaxes they may be “totally wrong” but are they?

Are American elections rigged by the CIA? It doesn’t take a genius to see the “unseen hand” even in the process of selecting candidates, much less with the elections themselves.

The most glaring examples are Bush in 2000 or Trump in 2016 where normally accurate exit polls were off by “double digits,” something statisticians would report, if allowed, is impossible.

Similarly, if Americans don’t believe Dr. Fauci, could it be that America’s medical community has always treated the public as guinea pigs? America has the worst availability of healthcare of any advanced nation with profiteering by “big Pharma” and the medical corporations working hand in hand with corrupt politicians to create a scandalously failed medical system that has long preyed on the American people.

Then one day we get a pandemic, and nobody wants to play along. Who is responsible? Is it the lunatic fringe reporting by Fox News or was it all prestaged by engineering a society of gullible and complacent healthcare consumers?

There is evidence that the United States may well have, as a nation, degenerated into not just something ungovernable but something even worse, not just a breakdown of political and social cohesion.

Any reports from the United States, be it political leaders or the continual voices of angry Trump supporters have one thing in common. They show American adults acting like spoiled children, often raving like lunatics, often violent, generally irrational and, above all sharing one common trait and that is a lack of quality education.

The breakdown reflects many things, certainly a failure of American families, of schools, a failure of religious leaders and, clearest of all, a lack of positive role models among “social elites.”

Let us be clear, celebrities have always been a mixed lot, spoiled, privileged or “preachy.” The few that mean or meant well like Ed Asner are a distinct minority.

Others, like George Clooney, are coopted into supporting organizations like the White Helmets in Syria, no longer seen as “clean hands” first responders after armies of witnesses have accused them of full complicity in terror acts.

The truth is ugly. America has had a full “meltdown” where schools run by powerful teacher’s unions and supported by politicians have overridden parental authority and act as “re-education camps” on behalf of ignorance and mediocrity.

But even decent schools would be unable to override a society that is “dumbed down” not just by the mindless game apps, bad schools, drugs everywhere, cheap and available or the tabloidization of the news media.

The well-financed and carefully orchestrated hatred of educated elites, denialism of science and the newfound wild acceptance of anything conspiratorial reeks of something quite purposeful.

Why would someone, some group, some cult or secret organization want the most militarily powerful nation in history to be controlled by those now elevated to high authority who are more than unstable. Listen to American media personalities like Tucker Carlson. 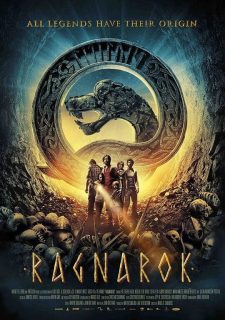 The former president stated that he believed the United States would be completely destroyed from within before the next presidential election. Spicer tried to shut him up, but nobody shuts up Donald Trump. Worse still, Trump may well have been correct.

Trump’s behavior of late has become more irrational than usual after revelations that the military had removed command authority from Trump based on their estimation that he was likely to try to start a nuclear war after an unsuccessful coup attempt on January 6, 2021.

General Milley, Chairman of the Joint Chiefs of Staff actually called his Chinese counterpart, General Li Zuecheng two days after the coup attempt, assuring China that Trump would not be allowed to attack China with nuclear weapons. From PBS, an excerpt from a transcript of a news broadcast:

This, of course, is at the time on January 8, when a call was made from Speaker Pelosi to General Milley saying: I want to know what you’re doing to make sure that former President Trump is not allowed to misuse the nuclear codes or not allowed to get into some sort of military action that is not wise.

And, remarkably, General Milley replied: “I agree with you on everything.”

Now, those are sources on Capitol Hill confirming those exact words to me tonight.

And what this really shows you is that someone like General Milley, who is not seen as political, not seen as a Democrat or Republican, here he is on the phone with a Democrat who is a target of former President Trump’s anger, saying: “I agree with you.”

I also want to point out another conversation that General Milley had, and that was with Gina Haspel. She was the former director of the CIA. And here’s what Gina Haspel reportedly told General Milley: “We are on the way to a right-wing coup,” again, going back to this idea of January 6 really shaking people up.

It’s extraordinary conversations really underlying the idea that former President Trump was seen as someone who was a loose cannon in his own administration.

When looking at this most extreme situation, there are two ways to go, blaming Trump as an “elite” willing to sacrifice 100 million in a cruel attempt to retain power or something worse.

What if Trump is, as so many of his followers believe, simply one of them? Trump’s education is spotty, his college records classified as national security secrets and there is that one issue, that he is accused of paying someone to not only take his entrance exams but to have quite possibility attended college for him, taking tests, writing papers.

But we also hear the same things about former Vice President Dick Cheney and former President George W. Bush as well, as both share key characteristics with Trump:

If we took those same four characteristics and applied them to many, Tucker Carlson or Joe Rogan for instance, or Rush Limbaugh or Sean Hannity or perhaps the majority of the members of America’s congress, we might well find some consistencies.

Some of it may well be the abandonment of “expertise” as a source of respect for Americans. It takes real talent and expertise to operate heavy equipment, to lay tile or carpeting correctly or do brain surgery.

Those who have real and specific expertise are now pushed aside in the eyes of the public where anyone with a device, internet access and a case of narcissistic personality disorders can now become a vaccine expert, a political commentator or an expert on space travel or military technology.

They can be on television or be elected to high public office.

If you believe you are the king of Sweden, then that belief must be not only respected but defended by others, often with violence at over the objection and rights of others.

This is how today’s American “new think” works.

Vaccines can cause pregnancy, they can cause sterility, they can be used to track, to control or even to prevent disease. All is simply “information” or “facts” and even “alternative facts.”

Nothing is wrong anymore and those who say things continually are not liars or criminals, they are patriots.