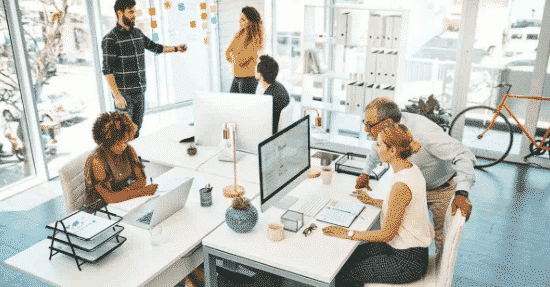 COVID-19 has been unsuccessful in dampening the US’s entrepreneurial spirit. On the contrary, it would seem many people adjusted to the new lifestyle of working from home by founding and running their own startups with their newfound free time. These are businesses created with rapid growth in mind that shake up an industry and challenge its status quo.

Florida has been synonymous with startups for a while but has experienced a significant increase in their number since 2019. It was also found to be one of the US’s top entrepreneurial states, alongside Texas, in a recent study by Rovva, but which is the best state for startups in 2022?

The state of Florida has been beginning to become a hub for startups for a while now. Especially since the co-founder of AOL and the CEO of The Washington ‘knighted’ the state with their road trip through it as part of the ‘Rise of the Rest’ – a competition dedicated to funding startups in emerging US markets.

Whilst the normal draws to the state pertain to its reputation as a top destination for beaches, theme parks and picturesque golf courses, it has increasingly moved away from this reputation towards a more entrepreneurial one. It is attractive to such businesses as it represents an escape from competitive startup environments, expensive property and high income taxes.

In fact, the main benefit of Florida appears to be that money seems to be worth more there. Its extremely low income tax and property prices are hugely attractive to startups looking for the lowest overheads possible, and pale in comparison to other startup hubs (e.g. Silicon Valley in California). For example, in Miami, the most expensive city in Florida, the average house price is around $350,000 – over $1M less than in San Francisco.

Speaking of taxation, this will of course vary between the different states, but is favourable for startups in Florida. Whilst businesses based here must pay taxes equivalent to their structure (i.e. LLCs, corporations, sole proprietorship etc.) just as they would anywhere else, the state’s taxes are significantly smaller than those in many others.

For example, Withholding Tax is one of the numerous taxes an LLC (the most common company formation of startups) is liable to pay on the behalf of its employees. Employees fill out a Form W-4 form to allow employers to calculate the amount of money to deduct from their paychecks. However, Florida has no holding tax.

Additionally, some states are liable to extra taxation than others. For example, many states make their companies liable to pay Gross Receipts Tax, but Florida is not one of them. Furthermore, companies are also not liable to pay franchise tax, unlike in Texas.

Similarly, the state of Texas is another excellent choice for startups. It offers several advantages, including: business-friendly regulations, a talented local workforce and low tax burdens.

Many Fortune-500 companies have made their home in this state, such as AT&T, Dell and American Airlines to name a few. With over 2.4 million small businesses registered here, and an economy of $1.6 trillion the state is second only to California in terms of economic strength.

Business taxes are much lower than many other states in the country, and the cost of doing business here is 11.4% lower than the national average. On top of this, real estate costs 40% less than other major American cities and there is a large number of high-quality, skilled employees.

That being said, taxation here is less favourable than in Florida. LLC’s based in Texas with an annual revenue exceeding $1,130,000 are obliged to pay additional franchise tax, though there is no employment tax – similar to Florida.

If you have passed the point of wondering how to start a startup into the domain of where the best state for a startup might be, Florida and Texas are two very competitive choices. On balance it is arguable that, at least for now, Florida edges it out due to its more favourable corporate taxation. Though if your business requires a large workforce, it might be worth considering this might be more readily available in Texas

With that being said, as Florida’s name as a startup begins to develop (and more unicorns, such as as REEF technology, seem to originate from it), the state will begin to attract more resources and become more desirable for new to startups, thus driving the price up. At this point it might become favourable to situate a startup in Texas, though this depends how far in the future this takes place.