Joe Biden’s most recent 90 minutes call with China’s Xi has created the impression of a US attempt to reset its ties with China. The White House readout says that a “broad, strategic discussion” has taken place resulting in a mutual agreement to engage “openly and straightforwardly” on areas where their interests converge as well as where “our interests, values and perspectives diverge.”

The tone adopted by Joe Biden is completely different from the previous call between the two leaders in which Joe Biden vowed to protect “the American people’s security, prosperity, health, and way of life, and preserving a free and open Indo-Pacific”, underscoring America’s “fundamental concerns about Beijing’s coercive and unfair economic practices, crackdown in Hong Kong, human rights abuses in Xinjiang, and increasingly assertive actions in the region, including toward Taiwan.”

Fast forward to September 2021: Biden’s focus has dramatically shifted from opposing China to “responsibly” managing bi-lateral ties to preserve “peace, stability, and prosperity in the Indo-Pacific and the world”, ensuring that their “competition does not veer into conflict.”

Why has Joe Biden changed his China narrative? For one thing, America’s debacle in Afghanistan has seriously damaged its credibility as the sole super-power of the world. The loss of this credibility means that the US, its military might notwithstanding, lacks the necessary support from its allies to pursue yet another global adventure. As it stands, it is specifically the US withdrawal from Afghanistan that has put its ties with Europe/NATO on the line.

There is an increasing desire in Europe to assert its strategic autonomy, a line of action that extends to the continent’s ties with China and Russia managed independently of the US influence.

Similarly, the US push to revive its damaged ties with Southeast Asia, too, has failed to elicit the level of support it thought it will be able to get. For the Southeast Asian nations, it remains that the US has little more than conflict with China to offer, a lacuna that the Joe Biden administration has so far failed to address. On the other hand, Southeast Asia has been very consistent in showing an extreme lack of appetite for pursuing an aggressive policy vis-à-vis China. In short, it does not share the US desperation to contain China.

The US failure in securing the desired, cold war level of support from the allies in Europe and Southeast Asia has left the US with no option but to redefine its overall foreign policy approach. Media reports in the US have called this foreign policy shift a “pragmatic realism” or the so-called “Biden doctrine.” The most recent readout shows that the “Biden doctrine” is looking to recast its ties with China in less ideological terms. 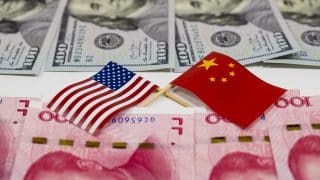 While the Joe Biden administration still wants to “compete” with China, the fact that Biden, who actually made the recent call and initiated the contact after seven months of disconnection, emphasised “responsible” competition shows how Biden is consciously dialling down the US reliance – and insistence – on military backed hard competition.

In other words, while Biden remains the realist that prizes hard power, he is growing conscious of the need to pursue US interests in ways that are less costly. In the absence of willing allies in Europe and Southeast Asia, the Biden administration cannot singlehandedly confront and contain China from the Oval office in the White House.

What has also added to the necessity of reframing the US policy is the hard-line and stubborn stance taken by Beijing towards the US unilateralism. China has been confronting the US through all possible means. Despite sanctions, China has made investments in Iran and continues to buy its oil. Two weeks ago, when John Kerry, Biden’s climate envoy talked to China’s foreign minister, he was clearly warned that deteriorating US-China relations could seriously undermine cooperation on climate change. Wang Yi was blunt and frank when he told Kerry that US-China cooperation on climate China cannot be separated from the broader trajectory of their overall ties.

China’s refusal to compartmentalise its ties with US to deal with areas of cooperation and conflict separately has left the Biden administration in a quandary. In July, the US Deputy Secretary of State Wendy Sherman was handed over a long list of complaints from China which showed how the US was trying to contain, undermine and suppress China’s development and interests around the world.

China’s stark refusal to bow down to the pressure the US has been exerting ever since 2016 means that the US has not enough diplomatic or economic options to achieve success. The fact that its allies in Europe and Southeast Asia, too, have refused to offer unconditional support means that the US is unable to pursue a hard policy vis-à-vis China that relies on creating a strong ring of military alliances around China. Given the failure to win over allies, the Biden administration’s much anticipated ‘Asia Pivot 2.0’ seems to have hit a roadblock; hence, the emphasis on a new policy.

While the US could ideally compete with China on the economic front, there is no denying that a shift from military competition to economic competition itself requires a major policy shift. Biden’s attempt to dial down the rhetoric indicates this very shift, although it is yet to develop and announce a programme to boost US economic ties with its allies in Southeast Asia. Unless the Biden administration can actually develop such a programme, the actual prospects of its success against China will remain grim. Failure to do so could actually push the US once again towards hard competition.