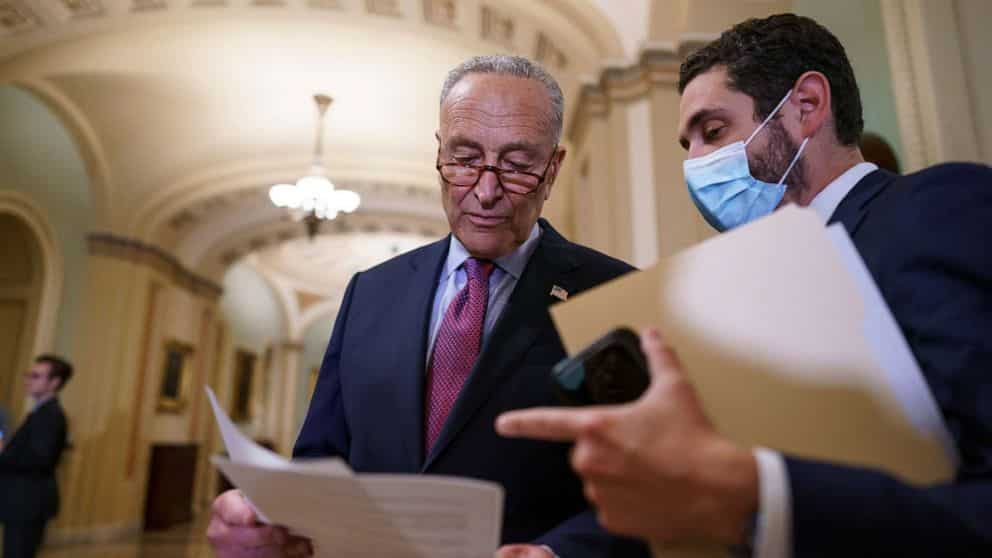 Democrats have vowed to pursue an alternative proposal to allow immigration provisions in their planned multitrillion-dollar party-line social spending bill should they disagree with the ruling from the nonpartisan Senate rules arbiter, and two of them immediately promised to pursue that in a Sunday night statement.

But it’s unclear how new reasoning for immigration provisions with the same ultimate effect could win over the parliamentarian, meaning that the new ruling likely closes the path forward for providing legal status through Democrats-only legislation this Congress.

Senate Majority Leader Chuck Schumer said Sunday evening that Democrats are “deeply disappointed in the decision” but plan to meet with the Senate parliamentarian in the coming days and pursue other options.

“Our economy depends more than ever on immigrants,” Schumer said. “Despite putting their lives on the line during the pandemic and paying their fair share of taxes, they remain locked out of the federal assistance that served as a lifeline for so many families. We will continue fighting to pursue the best path forward to grant them the ability to obtain lawful status.”