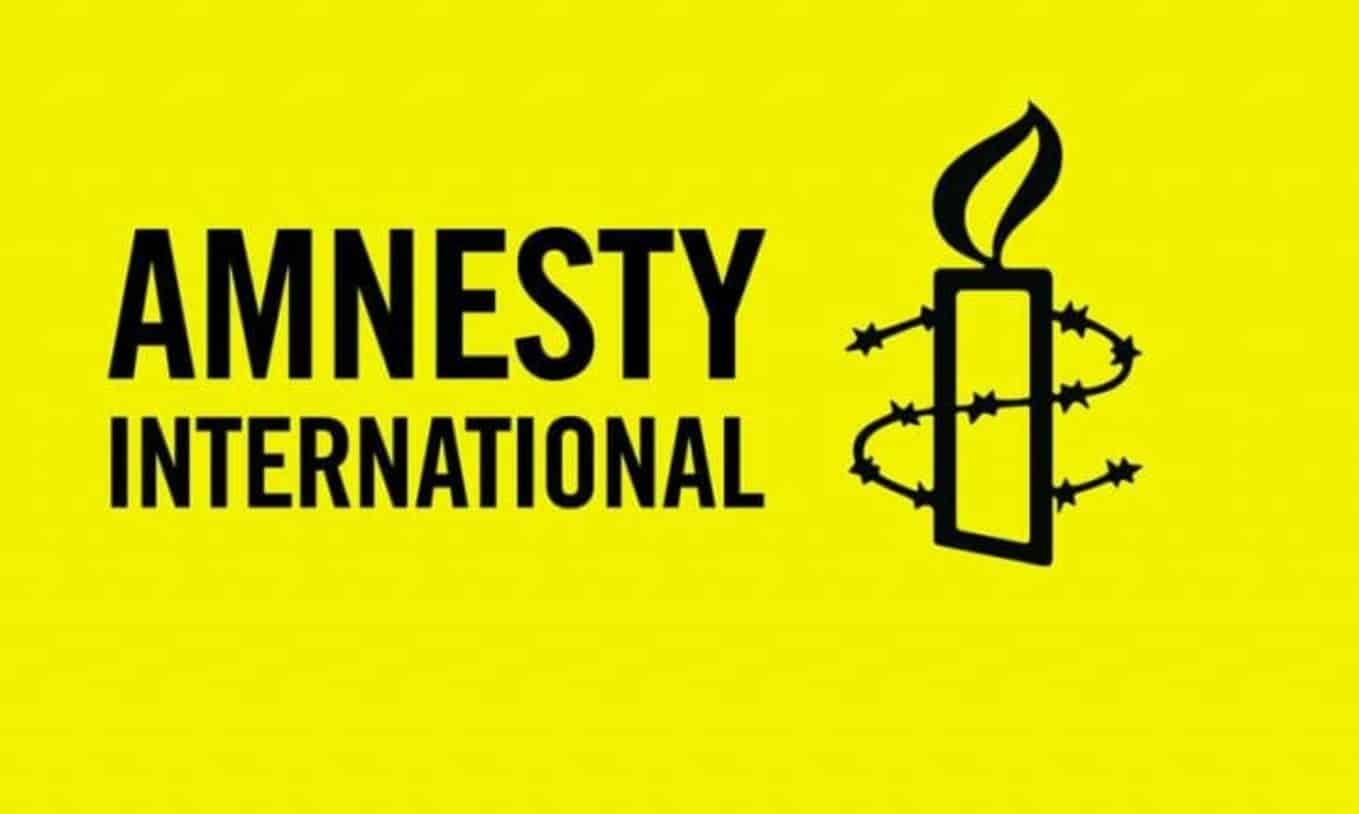 REMARKS BEARING ON THE CONCLUSIONS OF THE REPORT PUBLISHED IN

SEPT. 2021 BY AMNESTY INTERNATIONAL ENTITLED “YOU’RE GOING TO YOUR DEATH: VIOLATIONS AGAINST SYRIAN REFUGEES GOING BACK TO SYRIA”

The report highlights that according to UN figures “between 2016 and mid-2021, it (the UN) recorded approximately 280,000 returnees, although the actual figure, including returns through informal routes, is likely to be higher.” Of these officially recorded 280, 000 returnees, the report claims to have recorded “a total of 66 cases of individuals (who were) subjected to serious violations upon their return to Syria. These consisted of 13 children aged between three weeks and 17 years old at the time the violations occurred, 15 women and 38 men.” The report moreover states that « researchers interviewed a total of 41 Syrian individuals: 20 returnees; and 19 relatives and two close friends of returnees who were subjected to violations.”[1]

Assuming the veracity of the report’s allegations of human right violations having been committed by some members identified with the Syrian security services, the report lures the reader into assuming de facto that the alleged unlawful treatment of a mere 66 individuals out of a minimum of 280, 000 returnees constitutes official government policy. This misleading innuendo also assumes that to the extent these unlawful acts have indeed taken place, none of the alleged perpetrators is presumed to have faced any kind of punishment. This circular reasoning thus leads the reader to equate the lack of any mention bearing on punishment for these unlawful acts with that a condoned if not government sanctioned policy.

The choice of the title in and of itself constitutes an attempt to cater to the public’s lust for violence and nihilism. This is the sole reasonable conclusion which can be inferred as the report never states that any one of the alleged victims of these alleged unlawful acts did die in custody.

Whereby Syria’s Borders Were Sealed Owing to the Covid Crisis

In its section of methodology, the report states that “Amnesty International’s researchers carried out the research for this report between July 2020 and June 2021; until April 2021 the research was carried out remotely due to travel restrictions related to the COVID-19.” [2]

Syria’s Borders with Lebanon were closed as of March 15th, 2020. They reopened in September 2020 only under certain conditions which pertained to Syrian citizens being able to provide either proof of an appointment with a foreign embassy in Beyrouth or demonstrate their status of resident in Lebanon (ownership of a residence in that country) The period expressly designated by the report thus fundamentally contradicts the very notion according to which returning Syrian citizens would have been able to travel back to Syria, that is unless they were arriving from the West in which case they were not likely to be targeted for retaliation owing to the media outcry such unlawful acts would have certainly engendered in their country of origin.

“The Covid virus stopped the return of displaced Syrians. No one stopped us, because the condition for return in the first place is that it be voluntary and safe.”[3]

Is it then the report’s conclusions that Danish authorities (relying on official reports from their intelligence agencies) are inaccurate?

The report also takes to task the authorities in Lebanon for not ensuring the physical wellbeing of the returnees; an argument rejected by this country’s General Security Chief:

“This is not true. We did not issue a decision to deport them. The army originally handed them over to us; we did not arrest them. I would like to draw your attention to the decision by the Higher Defense Council issued on 19 April last year, which states that anyone who surreptitiously enters Lebanese territory is handed over to the General Security for deportation to Syria. But after we received a number of reviews that the lives of these displaced people were in danger, we took the decision not to deport them. You asked me about it and I told you that we informed the organization that takes care of refugees that we did not intend to deport them. Frankly, I was surprised that an organization the size of Amnesty International would issue a report without having any information about the case or access to the file, or without even checking with us to verify the information.”[5]

The report also lists RUKBAN refugee camp amongst the sites whence came the alleged victims whose rights were allegedly violated at the hands of Syrian officials.

What the report fails to account for is that RUKBAN is located within a 50 km radius which has been deemed under the exclusive control of the US military and about which the Americans have threatened to extreme military force against the Syrian, Iranian and Russian forces were these to attempt to enter the zone.

RUKBAN is home to over 40, 000 refugees whose access to humanitarian assistance has been prevented by American proxies. These terrorist cells not only enjoy US protection but conduct training near the illegal base of AL-TANAF with an eye to conduct hostile operations in the region of HOMS and DEIR EZZOR through infiltration missions in the Syrian desert (Badia) These terrorist cells have been recruiting unwilling participants amongst the refugees in RUKBAN, blackmailing them with the threat of withholding food and other elementary supplies from their families. In this context, while it is plausible that some of these returnees might have been subjected to questioning by the Syrian security forces, it does not imply that the latter engaged in unlawful acts. It could however be surmised that the content of AI’s reported testimonies was produced so as to incriminate the Syrian government in exchange for securing the lives of the “witnesses’ families that have remained in the custody of the terrorists as a means of leverage.

Syrian government against refugees who returned to Syria between mid-2017 and spring 2021.”[6]

The report also states that in July 2018, “the (Syrian) Ministry of foreign affairs (and refugees) issued a statement reading: ‘The Syrian state also calls on the Syrian citizens, who were forced by war and terrorist attacks to leave the country, to return to their home country after the liberation of the largest number of areas that were under the control of terrorists[7].”

It added that “In October 2018, the Syrian government granted amnesty to men who had defected from the compulsory military service, as a way to encourage refugees to return.”[8]

What the report omit to mention is that the Syrian government offered amnesty to insurgents willing to surrender to the Syrian Army as far back as 2016. [9]

The report also glosses over the amnesty clause included in the Reconciliation Agreement negotiated in the wake of the 2018 liberation of Deraa as well as the Decree 20/2019, “providing amnesty for certain crimes committed before September 14th 2019.” 11

The report completely fails to consider the fact that Syria has been confronted to an unprecedented wave of terrorism which almost succeeded in toppling the State.

“The Syrian authorities are informed that these Syrian nationals wish to return. In turn, the Syrian authorities respond to each name. For example, they notify us if someone who wants to return has a security file and will be referred to court. We were informing the displaced of this and asking them if they still wanted to return. If they refuse, we do not force them to return. If they agree, they bear the responsibility. In addition to this, we bring representatives from the UNHCR (United Nations High Commissioner for Refugees) to interview the members of each convoy before it leaves for Syria to ask if any of them are under pressure to return… There were embassies and international organizations that informed us that some of the returnees were arrested and tortured in Syria. We asked the Syrian authorities about them, but they denied this and requested that they be provided with the names of those allegedly tortured. I will tell you frankly about an incident that happened with us. On one occasion, we registered the name of a Syrian who wanted to return. We raised the name to the Syrian authorities, who told us that he could return. Upon reaching the border, he was immediately arrested. Here, we called the office of Major General Mamlouk to inform them of what happened, and the answer was that they made a mistake in checking. They agreed that he should return to Lebanon. This is just for transparency.”12

Timed to be released simultaneously with the opening of the 48th Regular Session of the Human Rights Council, the report appears bent on resorting to hyperbolics to pressure Member-States in adopting a stance contrary to the return of refugees.

Conveniently ignoring the humanitarian impact caused by the extra-territorial application of unlawful sanction regime (Caesar Law), the report goes to great lengths in setting a narrative whereupon “anyone” wishing to return to Syria is bound to risk his/her life for seemingly no reason.

Such hyperbolic rhetoric is unhelpful and calls into question Amnesty International’s motives. It bears the reader of the present rebuttal to recall how AI was the driving force behind the adoption of the Caesar Act (A draft law which ended up being incorporated in the Omnibus National Defense Authorization Act of 2020 for lack of sufficient

Congressional votes required to pass the law as a stand-alone piece of legislation).