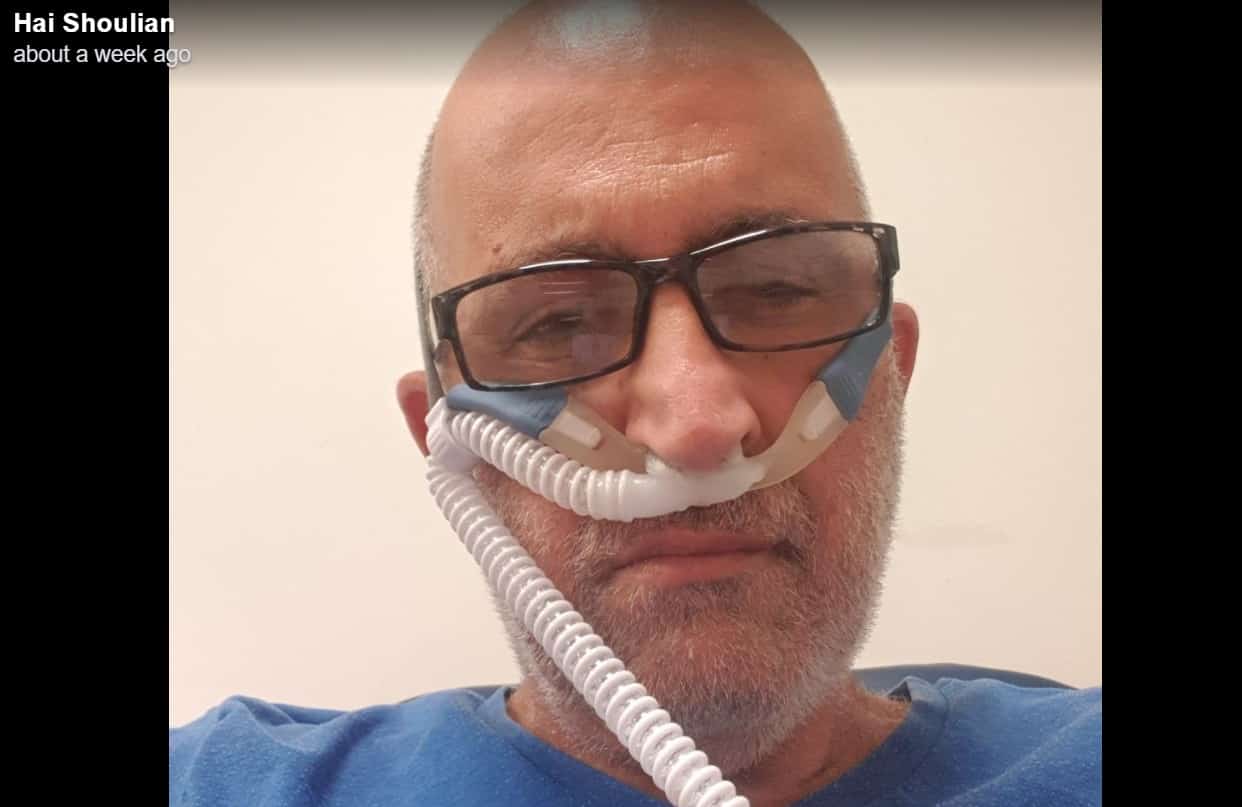 Shaulian called on his followers on social media not to get vaccinated against the virus under the headline: "There is no epidemic – the vaccine is unnecessary and dangerous."https://t.co/FCFasP4G8O

Hai Shaulian, 57, died at the Wolfson Medical Center in Holon on Monday morning, according to The Jerusalem Post.

His death came after he posted a final message to his Facebook followers on Saturday, informing them that his condition was “extremely critical.”

Hai Shaulian, one of the foremost anti-vaccine activists in Israel, died Monday morning of coronavirus.
Shaulian was hospitalized approximately one week ago in Holon's Wolfson Medical Center, after being diagnosed with coronavirus. His condition quickly deteriorated #AntiVaxxers pic.twitter.com/tvaShB4lZd

Alongside a photo of himself on a ventilator, he wrote: “Dear friends. My situation is extremely critical.”

“I have no oxygen and can’t stabilize,” he continued. “It took me about an hour to figure out who I am. Where am I and what am I doing here. Lack of oxygen is a terrible thing.”

A prominent Israeli anti-vaccination activist has died from COVID-19, a disease that he refused to believe was real even after it landed him in the hospital.

He added that he believed he would recover “with God’s help.”

Despite his dire situation, Shaulian urged his followers to “keep fighting” against Israel’s “Green Pass” scheme that registers who has been fully inoculated against COVID, if they have presumed immunity after contracting the disease, or tested negative in the previous 24 hours

When Shaulian fell ill last week, he claimed that police had tried to poison him after he was arrested during a protest against the Green Pass.

“I’m telling you, this is an attempt to wipe me out and if something happens to me know that’s exactly what happened,” he said in a social media video, according to The Times of Israel.  Read more…

Hai Shaulian, 57, claimed police had tried to poison him when he first became ill with the virus earlier in September. https://t.co/sJxTLTRnJF