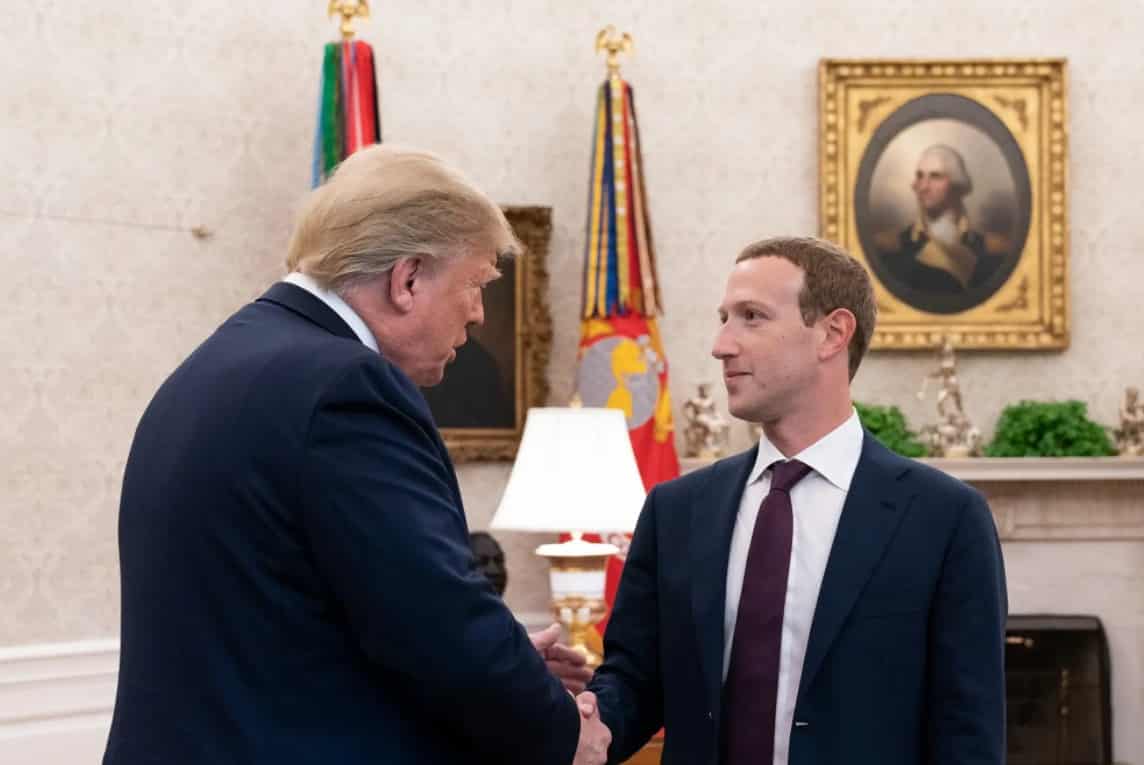 Daily Beast: During a meeting in Washington, D.C. in 2019, Facebook founder Mark Zuckerberg agreed to not fact-check political posts if the Trump administration would steer clear of any “heavy-handed regulations,” venture capitalist Peter Thiel told an associate, according to a new book.

The associate alleged that at the meeting—which was also attended by Thiel, former President Trump, Jared Kushner, and their spouses—Zuckerberg essentially promised to champion “state-sanctioned conservatism,” The Contrarian: Peter Thiel and Silicon Valley’s Pursuit of Power says. Zuckerberg denied the existence of a deal, saying that was “pretty ridiculous.”

The book also delves into the early days of Thiel, who eventually founded PayPal and Palantir, including his time in high school and at Stanford University, where he was disliked by many of his classmates. In high school, the San Francisco native was targeted for his “inscrutable and haughty” personality, the book says.

Mark Zuckerberg struck a deal at a WH meeting w/Trump + Kushner in 2019.

“It’s obvious in retrospect that what we were doing was bullying,” one classmate said.“I’ve always thought he might have a list of people he’s going to kill somewhere and that I’m on it.”

So clearly this happened, right? https://t.co/6J8mS1MbpH