ANCHORAGE, Alaska, Sept 22 (Reuters) – Alaska, which led most U.S. states in coronavirus vaccinations months ago, took the drastic step on Wednesday of imposing crisis-care standards for its entire hospital system, declaring that a crushing surge in COVID-19 patients has forced rationing of strained medical resources.

Governor Mike Dunleavy and health officials announced the move as the tally of newly confirmed cases statewide reached another single-day record of 1,224 patients amid a wave of infections driven by the spread of the highly contagious Delta variant among the unvaccinated.

The Delta variant is “crippling our healthcare system. It’s impacting everything from heart attacks to strokes to our children if they get in a bike accident,” Dr. Anne Zink, Alaska’s chief medical officer, said at a news conference with Dunleavy.

On the Horizon: A Pill to Treat COVID-19? 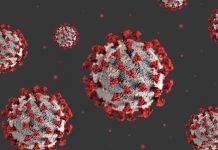