by Viktor Mikhin, with New Eastern Outlook, Moscow, and the Institute of Oriental Studies of the Russian Academy of Sciences, a research institution for the study of the countries and cultures of Asia and North Africa

[ Editor’s Note: Viktor has an update for us on what had become a back story on the Iran nuclear deal, as in it continuing to process higher quality nuclear material. The West’s stiffing Iran out of its JCPOA benefits was the cause of all this, something rarely mentioned in the sparse coverage.

But like a bad penny that keeps showing up, we have the reprocessing percentages being thrown at us again with the predictions for when Iran should have enough ready to make a bomb.

Remember all the times when Bibi claimed Iran was two years from having ‘da bomb’ back in the 1990s? He holds the record for how many times he has cried ‘wolf’ on the Iran nuclear program.

To my surprise Viktor has mentioned the issue of metalicizing the weapons grade uranium, which I had only ever seen discussed in VT. Clinton Bastin briefed us in on the project.

It started with a major hurdle which has not been discussed generally in the media, that you cannot form your metalicized uranium into its needed form until you have a bomb design. And then when you are lucky enough to do that, you still have to test it.

The idea that Iran can make a few nuclear warheads to put on missiles as a deterrent is a fantasy, and even sillier if you have not tested your warhead first. But the problem there is how do you do that without blowing one up, which kind of lets the cat out of the bag.

Option two is that someone has donated a design, which would be an older one, so you have the needed specs for a bomb design that has been tested. But that begs the question of who would do that for Iran? Let me know what you think in the comments… Jim W. Dean ] 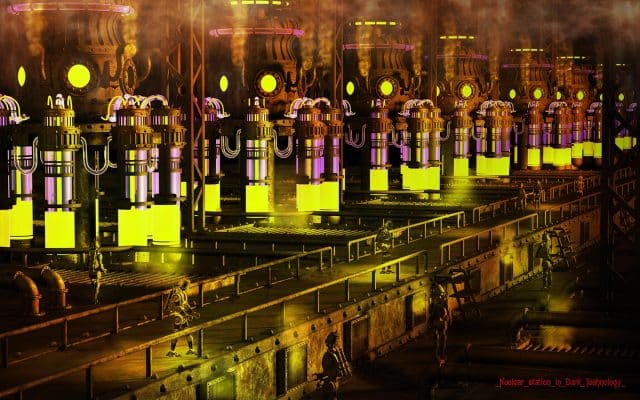 Iran’s months-long effort to enrich uranium has allowed the country to produce enough fuel for a nuclear bomb in just 30 days, a panel of experts told the New York Times.  The Institute for Science and International Security examines reports published by the International Atomic Energy Agency (IAEA).

The agency has stated that having succeeded in enriching nuclear fuel to 60% purity, the Iranians can now cover the “short-distance” needed to make material for the first bomb “in just one month.” The report states that material for two bombs can be ready in less than three months and for the third one in just two months after that.

In May, the IAEA sent a confidential report to its member states stating that analysis of environmental samples taken near the Natanz nuclear facility showed an enrichment level of even 63%.

Under the nuclear deal, broken by former US President Donald Trump, Iran was limited to a minimal amount of uranium, with only 3.67% enrichment capability. At the same time, US officials dispute this short one-month timeline for building the bomb, The Daily reports.

However, they acknowledged that it could be only a few months before the first bomb is produced. For his part, Israeli Defense Minister Benny Gantz warned foreign diplomats four weeks ago that Iran was just two months away from developing the materials required to build a nuclear capability.

Access to the right kind of fuel is only one part of the process, as the Iranians would still have to produce a warhead that could be placed in a missile. This warhead is to be made using uranium metal, which Iran has slowly begun to produce, and according to the IAEA, 200 grams of the substance was produced by mid-August.

Unlike uranium metal, banned under the nuclear deal and from which it will be recalled, the US withdrew, dramatically escalating the situation in the region. Research on missile technology has never been banned and continues in the Islamic Republic.

Despite all these activities, the Ayatollahs insist that there is a solid religious ban on nuclear weapons production and that their work is civilian, not military. Nevertheless, Tehran has not allowed the IAEA inspections of its nuclear facilities for months and has refused to respond to questions regarding suspicious unregistered nuclear facilities in the country.

Nevertheless, Iran seeks, where possible, to abide by the rules of the nuclear deal. The IAEA Director General Rafael Grossi has just agreed that the UN agency can replace the memory cards in the cameras it has installed at various centers of the Islamic Republic’s nuclear program. Inspectors will also be able to service broken cameras, some of which were damaged during a sabotage operation at the Karaj nuclear facility attributed to Israel in June.

While the cameras could have shown whether Iran has violated or will continue to violate the terms of the nuclear deal, Grossi instead allowed them to be jointly stamped and made a promise that he would not review their contents. He insisted that the move remains beneficial, even though it keeps the IAEA in the dark about Iran’s progress in building the bomb because “We will be able to retain the information we need to maintain the continuity of knowledge.”

Grossi added that the Iranians had agreed that he could return for discussions at any point to be determined for further talks, where “nothing would be sidelined, and nothing would be hidden” in terms of the issues to be discussed.

The European signatory countries under Washington’s firm control will not condemn or criticize Tehran at IAEA board sessions in exchange for these so-called Iranian concessions. It is believed that such condemnations would jeopardize negotiations between Iran and the United States, which are allegedly about to return to discussing the terms of the nuclear deal and its strict limits on uranium enrichment.

The negotiations, as we know, stalled in June after six inconclusive rounds, and the Biden administration officials have provocatively made it clear that their patience with continuing these talks in Vienna “has a limit.”

At the same time, the United States is gradually moving closer to rejecting the resumption of the nuclear deal with Iran, said Secretary of State Anthony Blinken, who was on a working visit to Germany, the Al-Arabiya TV channel reported.

However, Tehran has an entirely different viewpoint, which was again clearly articulated by Iranian Foreign Ministry spokesman Saeed Khatibzadeh, saying: “The negotiations in Vienna are not aimed at producing a new text.”

Even more light was shed on Tehran’s position by Kazem Gharibabadi, Ambassador and Permanent Representative of the Islamic Republic of Iran to the United Nations Office to Vienna, in his tough speech at the seasonal meeting of the IAEA Board of Governors. He stated that “until the sanctions on Iran are not removed, no one should expect more forbearance from Iran.”

The Iranian pointed out that the United States initially violated UNSCR 2231 by unilaterally withdrawing from the JCPOA, adopting the failed “maximum pressure” policy, and re-imposing sanctions to directly and adversely affect the normalization of trade and economic relations with Iran.

Therefore, it made it impossible for the Islamic Republic of Iran to continue implementing its commitments under the JCPOA. Lifting of sanctions effectively constitutes the essential basis of Iran’s consent to be bound by the provisions of the deal. Thus, the violations of the US rendered those parts of the deal void and effectively futile.

It is impossible not to agree with the Iranian representative in Vienna, who stated harshly yet bitterly:

“I note with regret and consternation the statements of some JCPOA participants and European states. It is as if they misremember that Iran fully complied with its commitments under the deal even though, due to the US outlaw behavior and actions and EU’s miserable negligence, it was not and still is not benefiting from it. Apparently, they intend to displace the victim with the outlaw perpetrator.

It is regrettable that European states are still unwilling to condemn the illegal unilateral withdrawal of US and re-imposition of its sanctions, which are the sole cause of all these problems, and to urge the US to resume implementing its commitments and lift its sanctions imposed against the Iranian nation, yet, presumptuously request Iran to implement its commitments under the deal.”

Under this policy, Iran’s new President Ebrahim Raisi, who took office in early August, has put hardliners at the helm of negotiations, replacing the more moderate team of his predecessor, Hassan Rouhani, who in some ways sought better relations with the West. Iran’s new Foreign Minister, Hossein Amir Abdollahian, traveled to New York, but no meetings are scheduled with representatives of the United States.

“We have not made any direct plans for bilateral meetings while they are here, but that doesn’t mean that we don’t see the value in having discussions with the Iranians because we do want to move forward on issues related to the JCPOA,” said US Ambassador to the United Nations Linda Thomas-Greenfield. But indirect diplomacy is expected as Americans and Europeans will see a new Iranian team.

Light on the prospect of resuming talks was shed by Hossein Amir Abdollahian, who suggested that talks in Vienna will not resume for two to three months, although some observers expect talks earlier. It remains unclear whether Tehran will adhere to the same red lines as in June or whether it will tighten its stance even further.

Ali Vaez, International Crisis Group’s Iran Project Director, believes that “The US is very close to its bottom line. I don’t think there’s much more maneuvering space left for the Biden administration.”

And so if the Iranians are trying to “drive a harder bargain, it’s basically a formula for deadlock” for negotiations and US-Iranian relations, the international expert, stated.

Quite understandably, the longer the delay in negotiations, the closer observers believe Iran will be able to build a nuclear bomb if it so desires. It is believed that if the problems with the IAEA are not fully resolved by November, and talks in Vienna are not resumed; the Iranian nuclear issue could escalate into a full-blown crisis that would mean the final funeral bell for the 2015 deal.