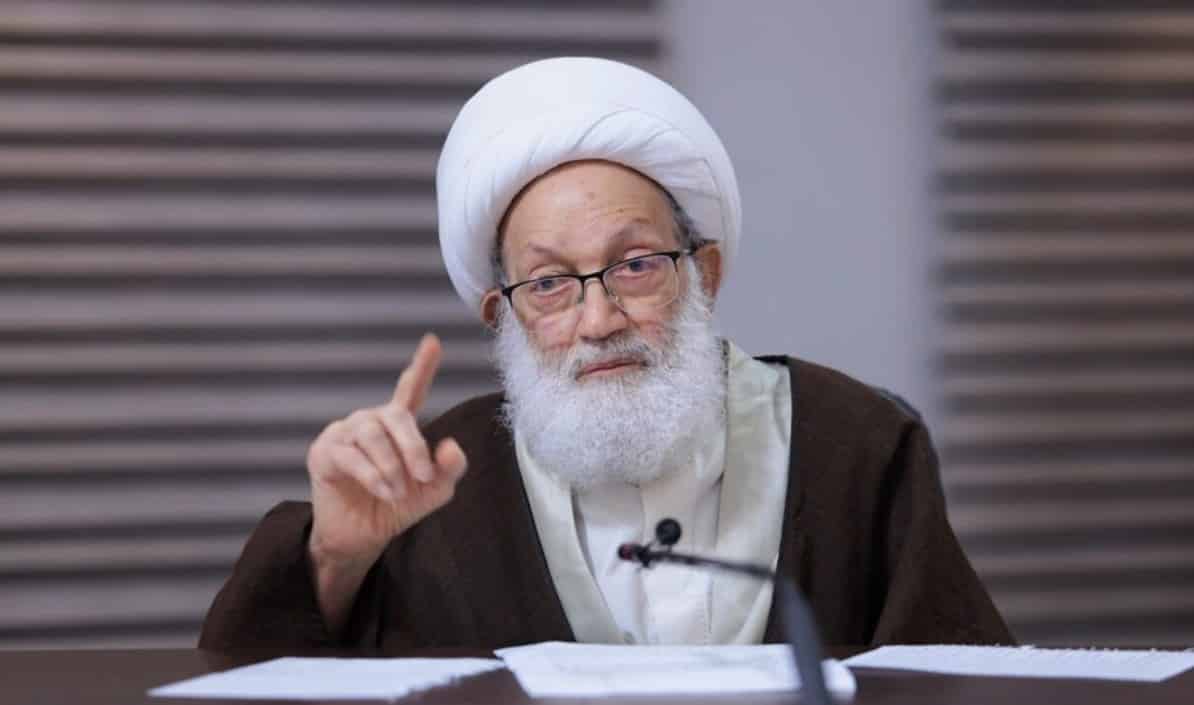 Bahrain’s most prominent cleric Ayatollah Sheikh Isa Qassim has reacted to claims by the kingdom’s officials that Manama relies on dialogue and speech freedom, calling on the regime to hold a free referendum in the country to determine the weight and influence of the opposition.

Press TV: “It is sufficient to reveal the weight of the opposition in Bahrain by holding a free popular vote, even on one of the issues of dispute between the people and the government, and to show that the government is on one path and the people are on another,” Sheikh Qassim said in an Arabic-language tweet.

“Take the topic of normalization or any other topic,” the senior cleric added, referring to the normalization deals that a few Arab countries signed to formalize their ties with the occupying regime of Israel.

Jamal Mohamed al-Fakhro recently said participation in elections would be a precondition for the opposition groups to be allowed to hold talks with Manama.

In another tweet, Sheikh Qassim censured Fakhro’s comments and said the Bahraini parliament is the “epitome of dictatorship,” adding that the opposition believed in a parliament which was “established on the free will of the people.”

Bahrainis rallied near the capital on Sunday to voice support for the prominent Shia cleric and his repeated calls for the implementation of genuine reforms by the ruling regime.

The protest saw people holding up placards and pictures of the cleric, who has been stripped of his Bahraini citizenship for his support for anti-regime protests on the Persian Gulf island.

Bahrainis rally near the capital to voice support for Shia cleric Sheikh Isa Qassem and his call for reforms.

The protesters demanded that the regime’s authorities abandon their heavily-discriminatory policies, and instead start recognizing the people as the source of the state’s power.

Demonstrations in Bahrain have been held on a regular basis ever since a popular uprising began in mid-February 2011.

The participants demand that the Al Khalifah regime relinquish power and allow a just system representing all Bahrainis to be established.

Manama, however, has gone to great lengths to clamp down on any sign of dissent.