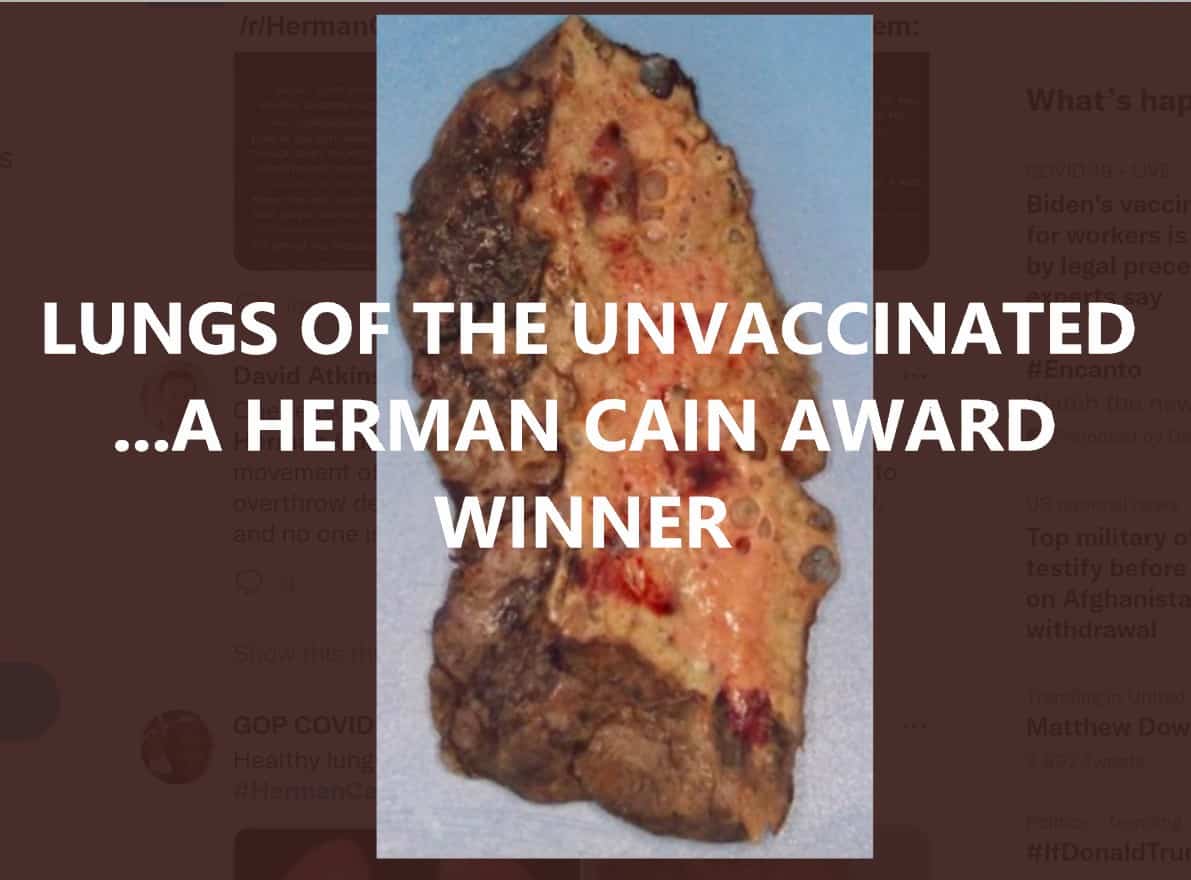 Slate: HermanCainAward, one of the fastest-growing subreddits on Reddit.com, is exactly what it sounds like: an archive of those who have been hospitalized and/or killed by COVID and didn’t believe the disease could harm them. 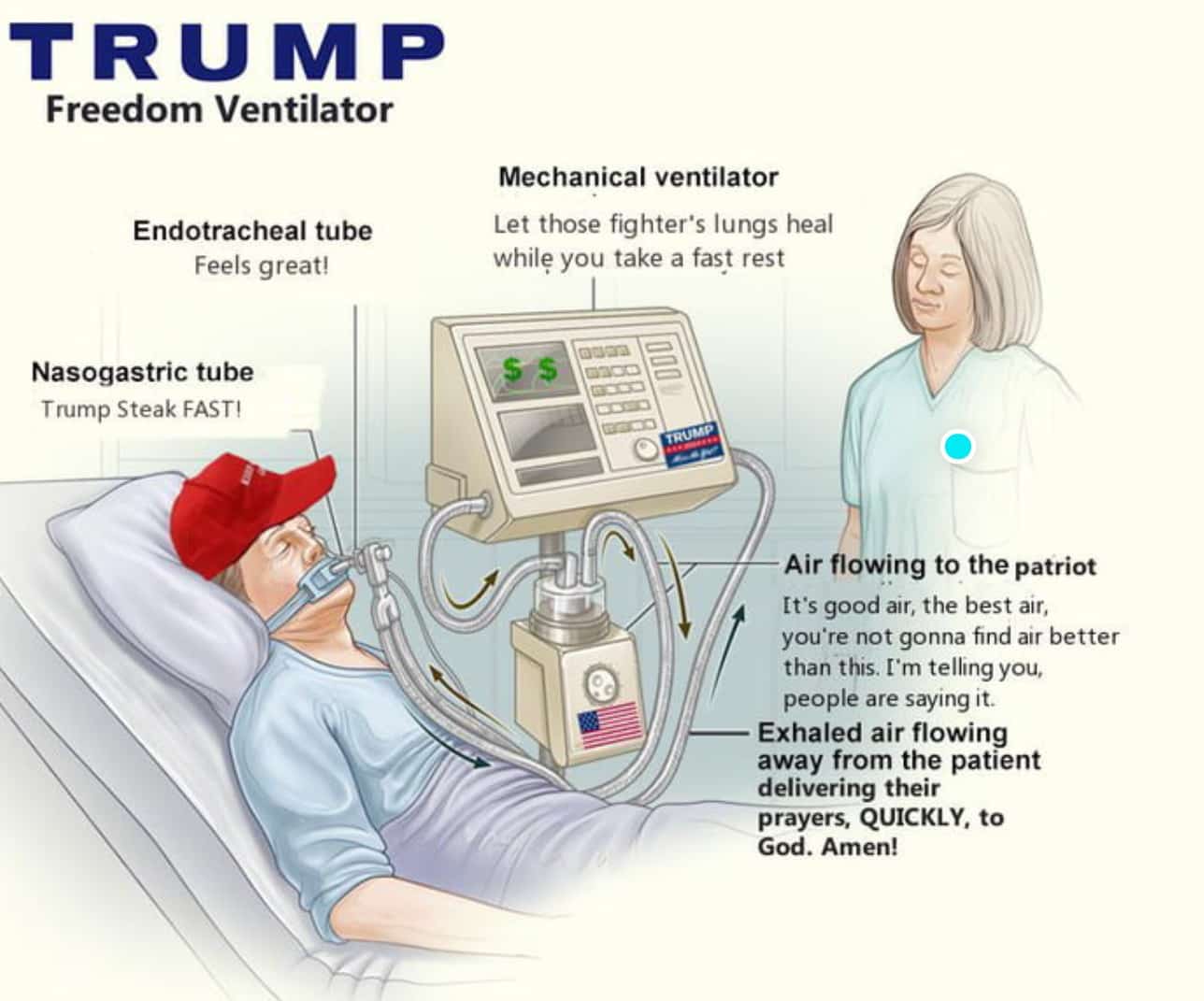 It is named after Republican Herman Cain, the onetime candidate for president who succumbed to COVID some weeks after attending a Trump rally in Tulsa, Oklahoma, at which he was photographed maskless in the summer of 2020. Cain’s Twitter account would continue to downplay the virus even after his death. 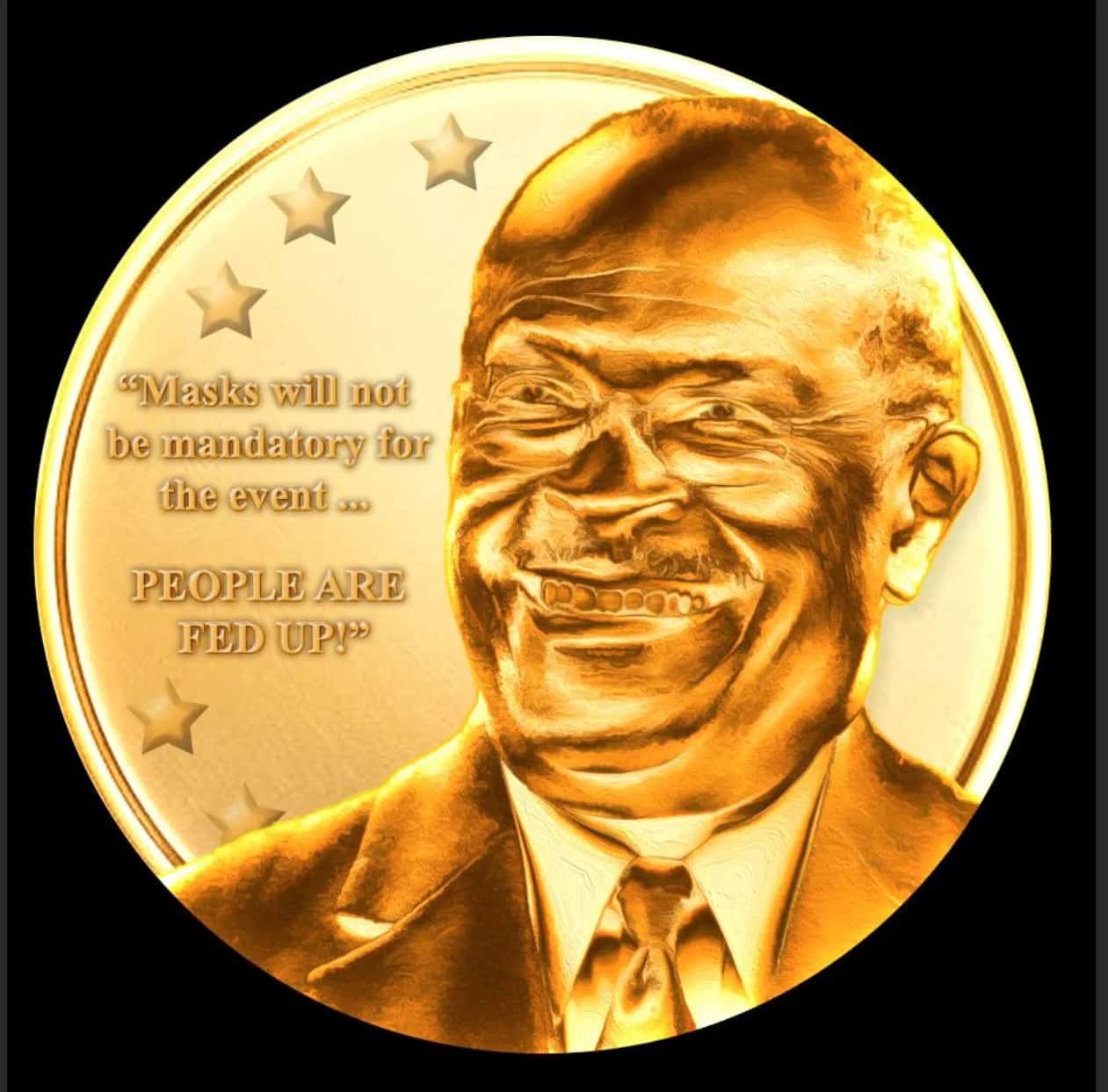 The Herman Cain Award concept is simple and ugly. A single entry to the subreddit consists of anywhere between two and 16 screenshots of a social media profile (usually Facebook, with last names scrubbed out) belonging to someone who died after aggressively rejecting precautions that could have protected them and others. 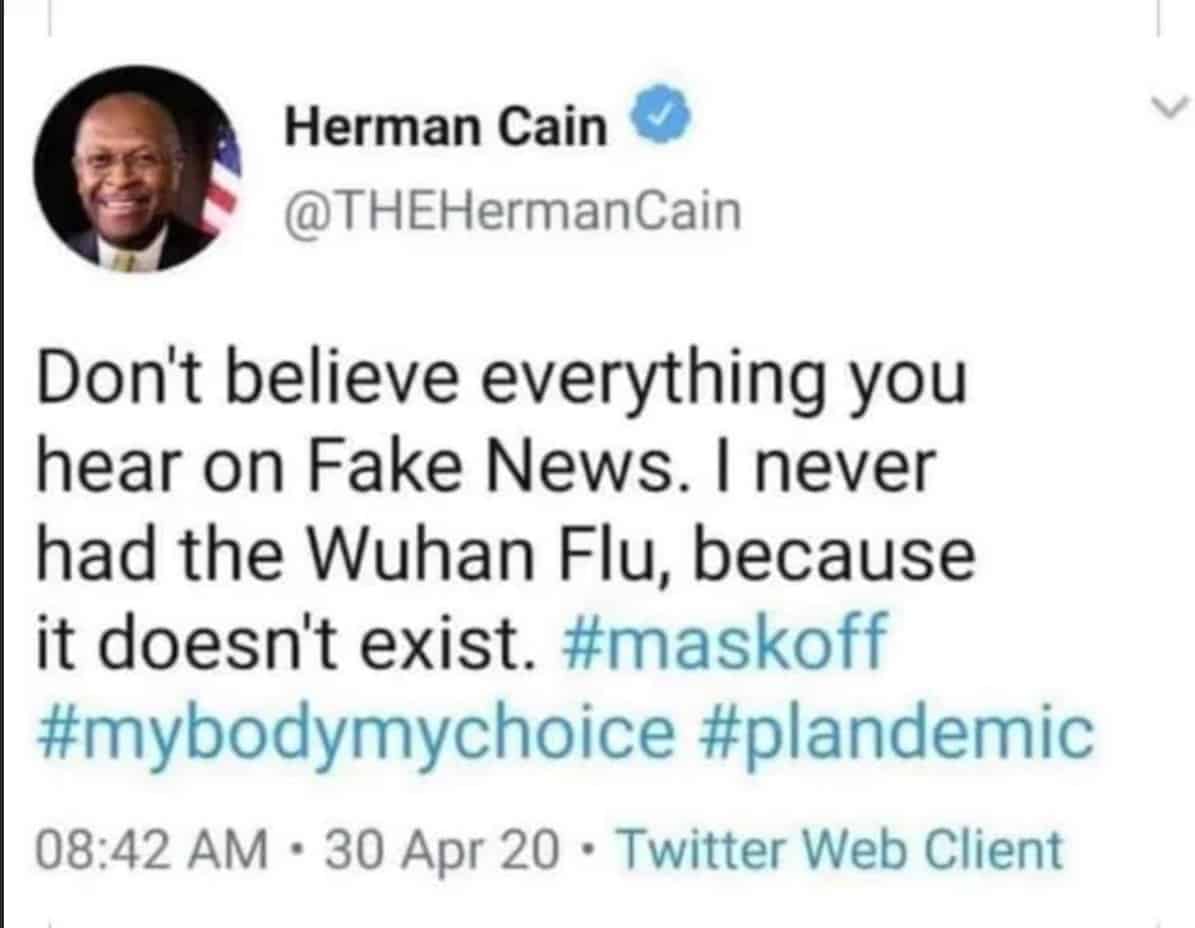 The idea is to track the individual’s journey from COVID theory, so to speak, to COVID practice: what a person posted or commented about masks or shots, or those who advocated for either before getting sick, and how they and their community narrated their disease once they were ill. 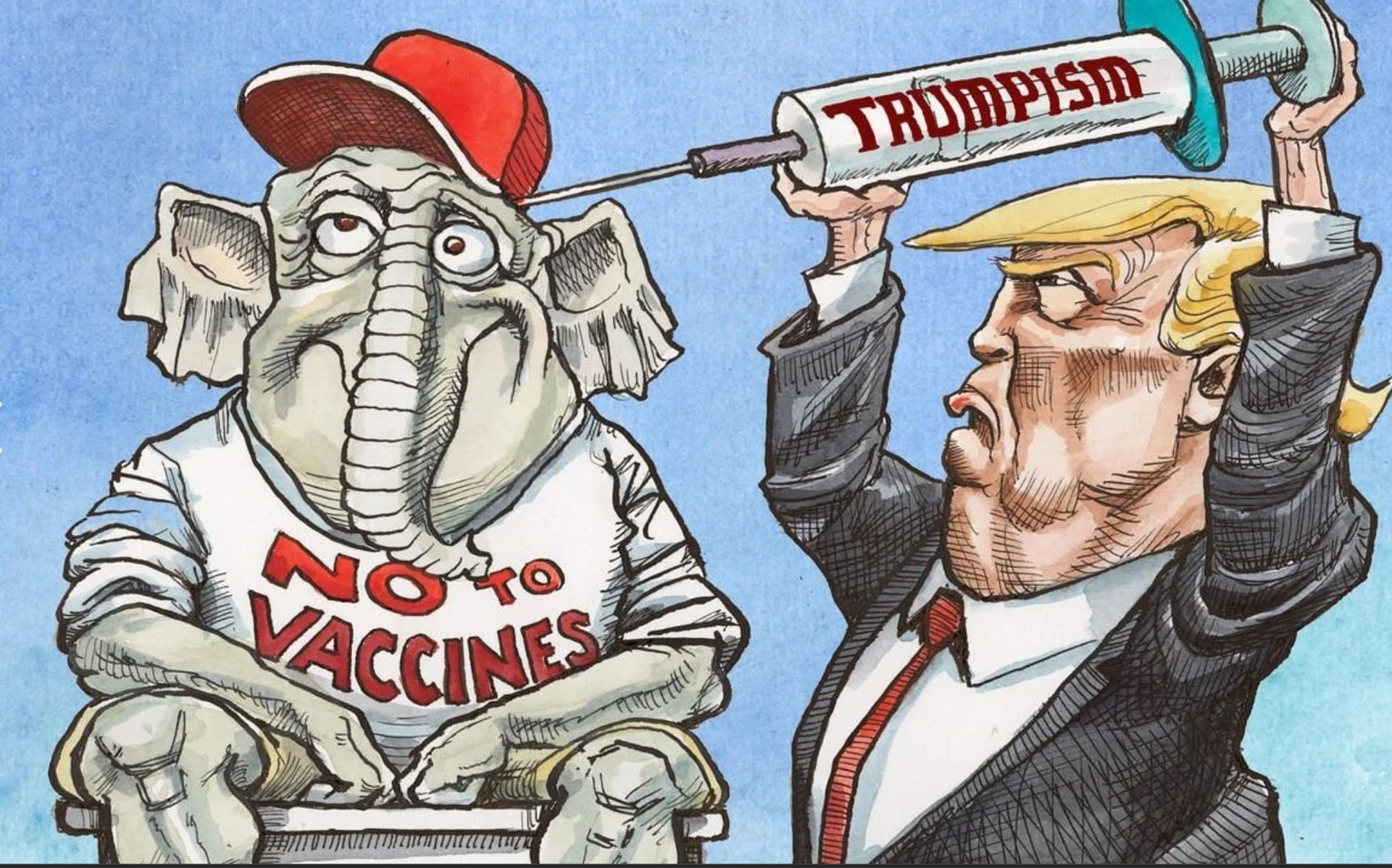 As the forum has grown, entries have started following a fairly standard format: The first few screenshots typically feature the individual in question deploying a remarkably consistent set (there are 30 or so) of memes. Some vilify Dr. Anthony Fauci or champion the right to be unvaccinated. 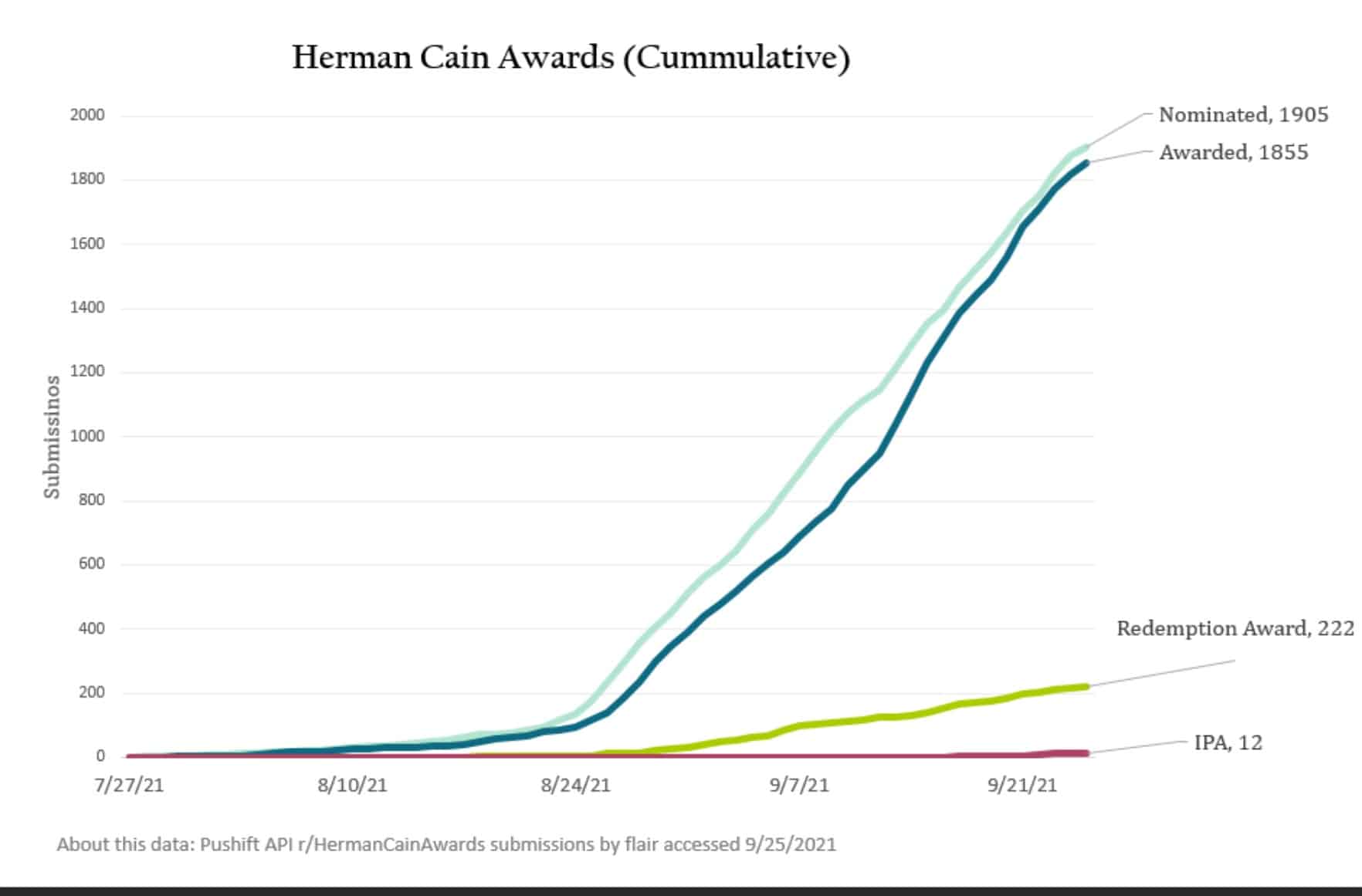 Others warn people they’re experimental rats or offer scripts that will properly punish wait staff for daring to inquire about vaccination status. Some deride masked liberals as “sheep” and the unvaccinated as proud free lions or refer to immigrants as vectors of disease or compare vaccination requirements to the Holocaust. 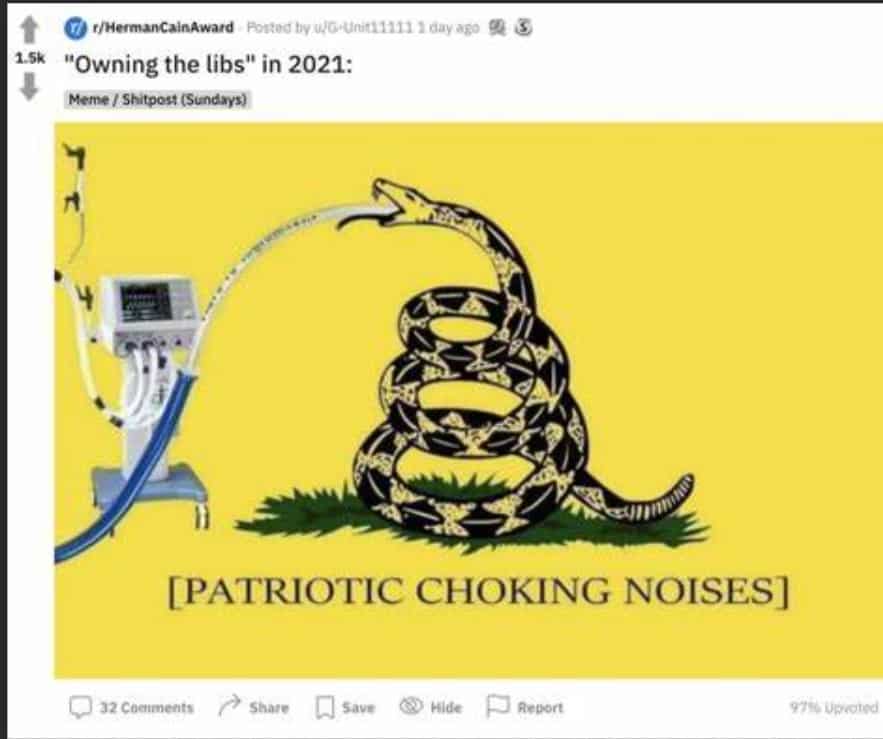 Most of them treat the pandemic as a joke and frame ignoring it as brave or clever or both. The final few screenshots typically announce the disease, its progress, and the eventual death announcement, frequently followed by a GoFundMe for the family. If someone is merely hospitalized, the flair on that entry reads “Nominated.” When they die, it changes to “Awarded.”

Now the Math shows a consistent death rate of 2.08 percent of those who test positive (including false positives).  This makes the real death rate much higher…and means it is staying constant with deaths rates supported by younger unvaccinated who are dying from Delta at rates 4.7 times higher than before… 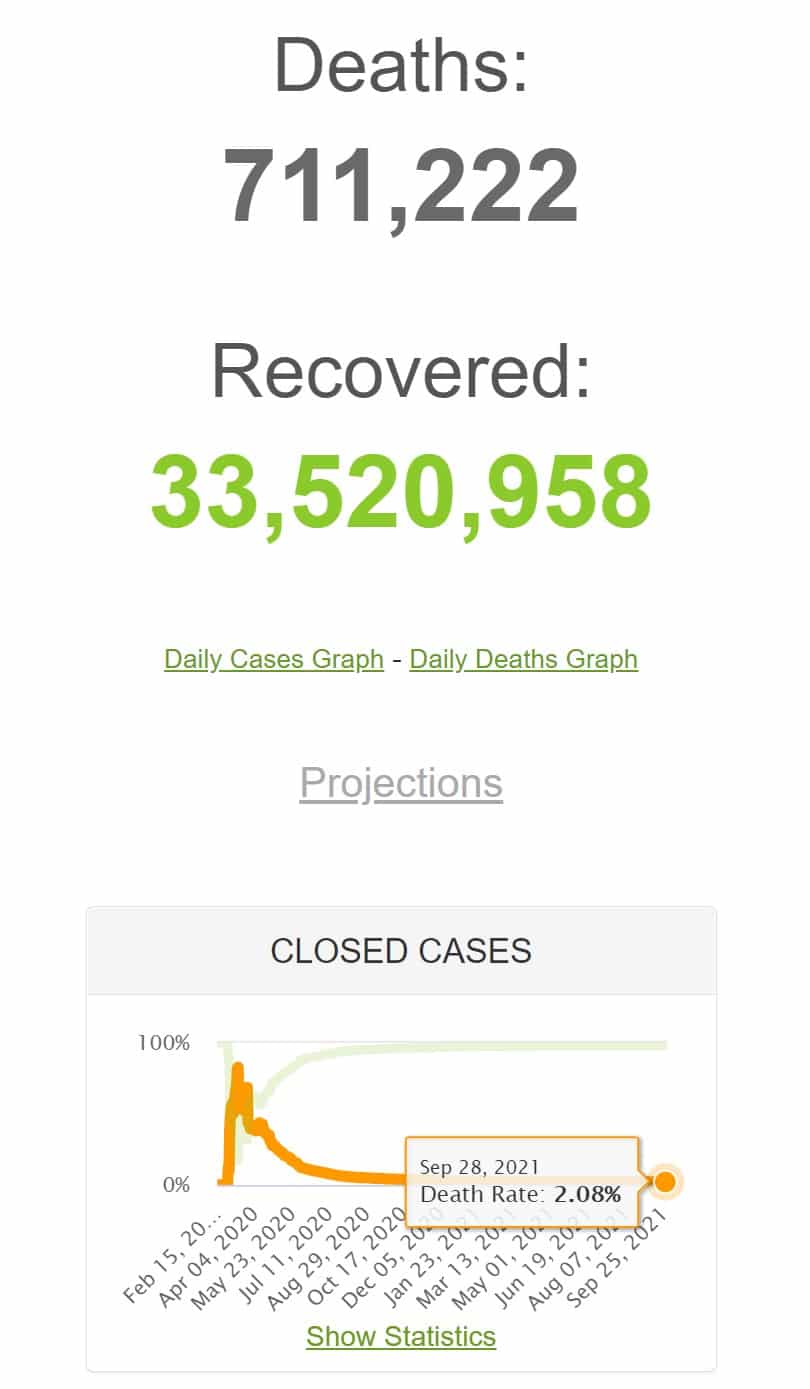