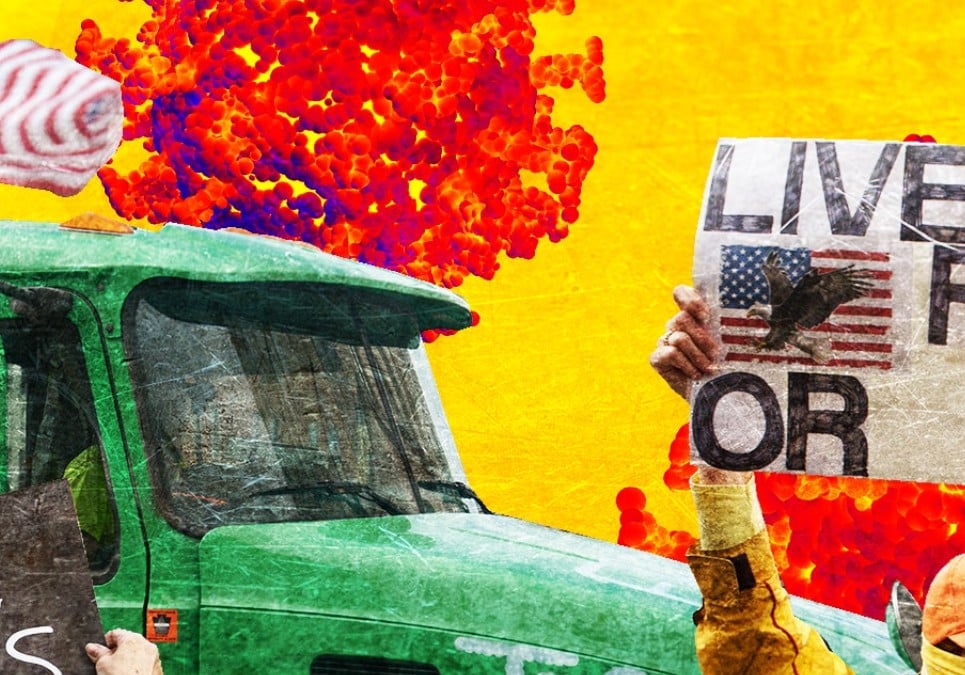 Editor’s note:  Nobody should ever be stopped by an unvaccinated cop.  Anyone too fucking stupid to know figure this one out can’t be allowed firearms as well.  You see…that’s not a freedom either, especially when killing innocent black folks is what those guns are used for.

Unvaccinated nurse?  Don’t touch me…get the fuck away.  Reminds me of getting knee surgery so many years ago…and having a nurse steal my pain meds.

Yes…there are ignorant “shit-ass” nurses…lots of them.   If you are unvaccinated and a nurse then you certainly are a “shit-ass nurse.”  Wear it with pride but stay away.

No…we don’t want you touching our food, walking near us…teaching our kids…we don’t need your help in a store….on the phone maybe but not in the real world.

Then there is the issue of “dumbfuckedness.”  I simply don’t want to talk to people who are Trump-fucking dumb.  Too old for that…have been all my life.

Ahhh…but some are nicer than me…so read this…and get the soft version of “go fuck yourself.” 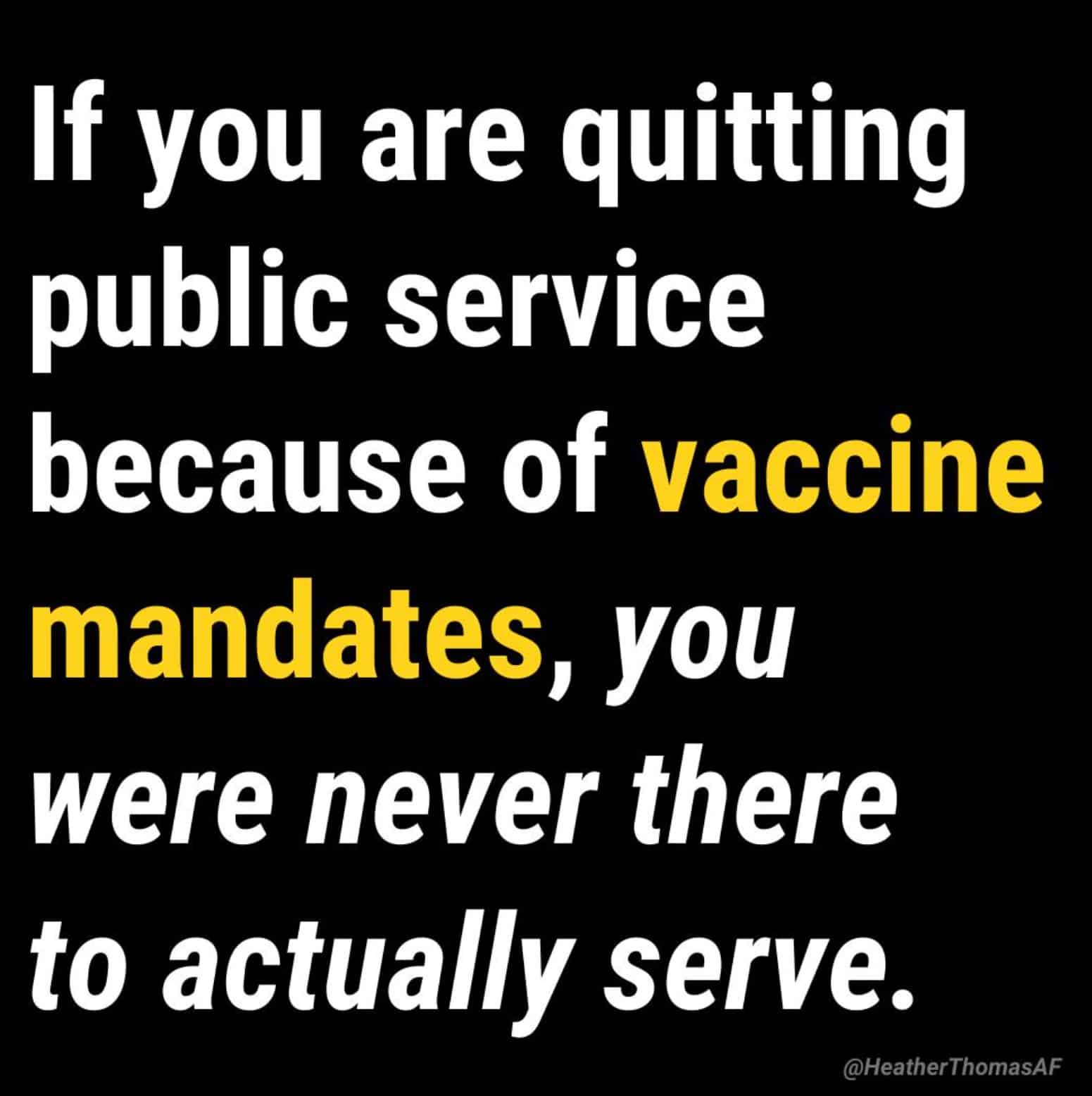 “If you want to leave, take good care, hope you make a lot of nice friends out there.” — from “Wild World” by Cat Stevens

This is for those of you who’ve chosen to quit your jobs rather than submit to a vaccine mandate.

No telling how many of you there actually are, but lately, you’re all over the news. Just last week, a nearly-30-year veteran of the San Jose Police Department surrendered his badge rather than comply with the city’s requirement that all employees be inoculated against COVID-19. He joins an Army lieutenant colonel, some airline employees, a Major League Baseball executive, and, incredibly, dozens of healthcare professionals. 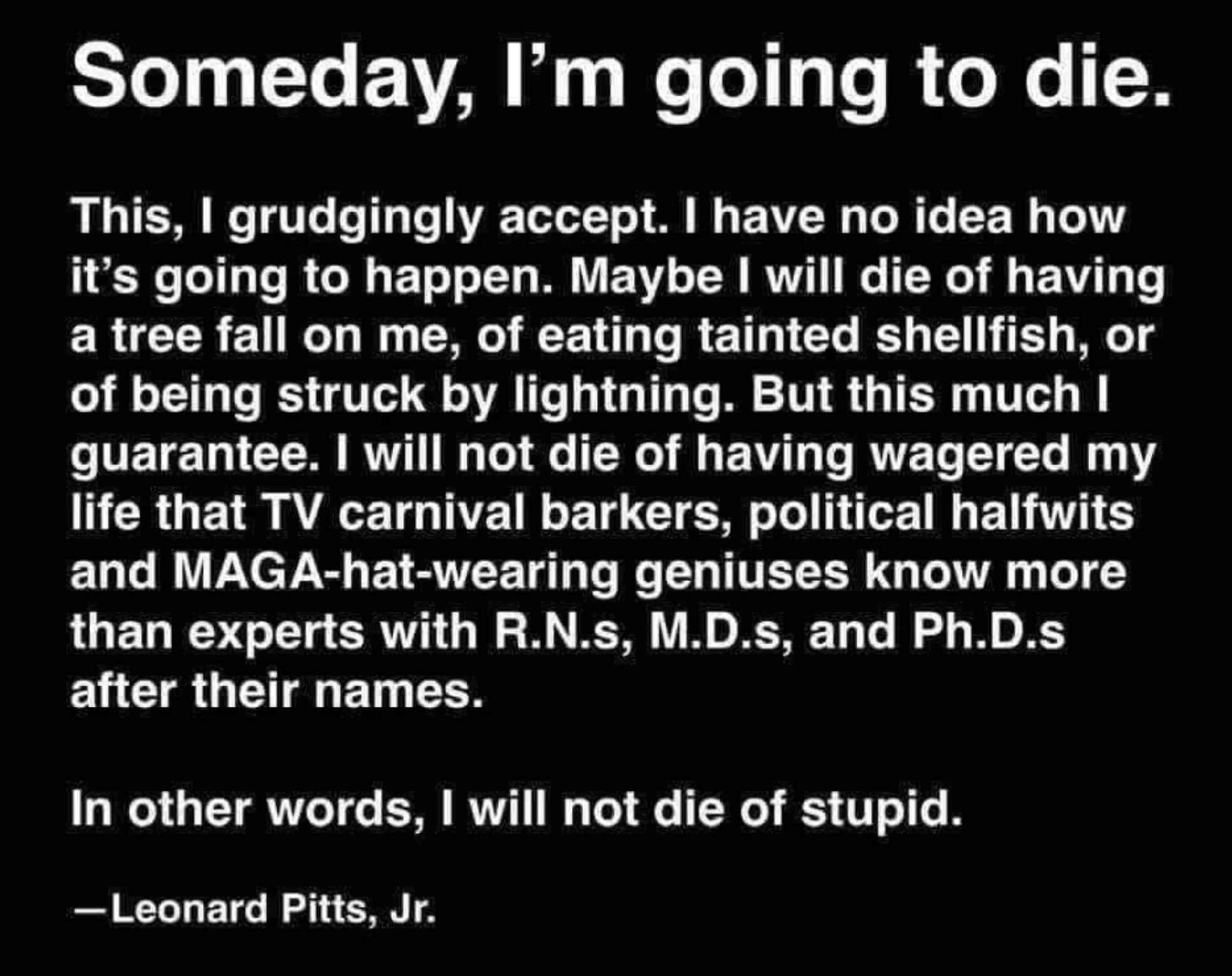 Well, on behalf of the rest of us, the ones who miss concerts, restaurants and other people’s faces, the ones who are sick and tired of living in pandemic times, here’s a word of response to you quitters: Goodbye.

Not to minimize any of this. A few weeks ago, a hospital in upstate New York announced it would have to “pause” delivering babies because of resignations among its maternity staff.

So the threat of difficult ramifications is certainly real. But on the plus side, your quitting goes a long way toward purging us of the gullible, the conspiracy-addled, the logic-impaired and the stubbornly ignorant. And that’s not nothing.

We’ve been down this road before. Whenever faced with some mandate imposed in the interest of the common good, some of us act like they just woke up on the wrong side of the Berlin Wall.

“There’s no freedom no more,” whined one man in video that recently aired on “The Daily Show With Trevor Noah.” The clip was from the 1980s, and the guy had just gotten a ticket for not wearing his seatbelt.  Read more…