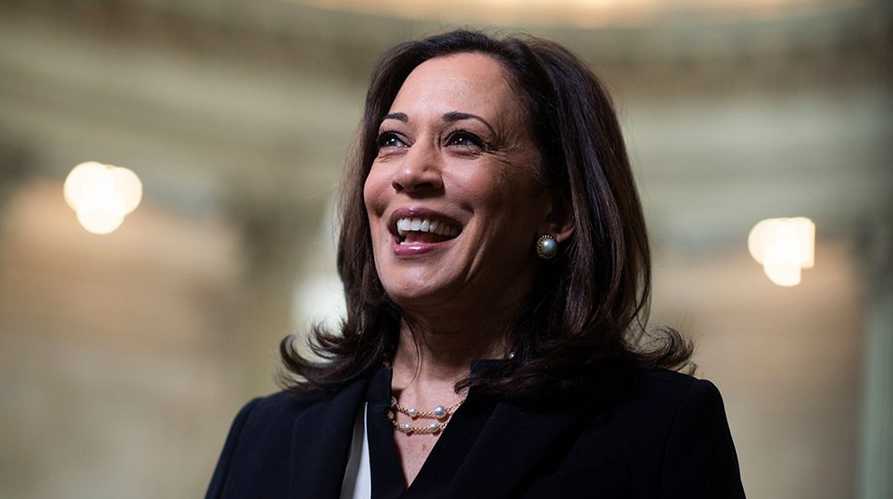 There is no question that Kamala Harris is a thorough Zionist. But an angel must have spoken to her when she supported a student from George Mason University who declared that Israel has committed “ethnic genocide.”

“You brought up how the power of the people and demonstrations and organizing is very valuable in America. But I see that over the summer there have been protests and demonstrations in astronomical numbers standing with Palestine.

“But then just a few days ago, there were funds allocated to continue backing Israel, which hurts my heart because it’s ethnic genocide and displacement of people, the same that happened in America, and I’m sure you’re aware of this.”[1]

The student was obviously outraged about the fact that Israel never lacks supports in America, even when decent Americans are hopelessly trying to make ends meet. The student continued:

“The people have spoken very often of what they do need, and I feel like there’s a lack of listening, and I just feel like I need to bring this up because it affects my life and people I really care about’s [sic] life.”[2]

“Your voice, your perspective, your experience, your truth cannot be suppressed, and it must be heard.”

Harris moved on to say:

“That’s not only about being physically present but that your voice is present. Our goal should be unity, but not uniformity. Unity should never be at the expense of telling any one person, ‘For the sake of unity, oh you be quiet about that thing.’ That’s not unity. Then we see where that ends up in a healthy debate about the issue. We still have healthy debates in our country about what is the right path, and nobody’s voice should be suppressed on that.”[3]

Well, many people have been shut down for saying exactly that. One of the voices on this issue is Cornel West, the man who was not afraid to say things like “Netanyahu is xenophobic to the core.” On this issue, West was right when he unapologetically said that the former prime minister of Israel

“is a war criminal, not because he’s Jewish, but because he has chosen to promote occupation and annihilation.”

In other words, being a war criminal is an act of free will. Netanyahu can decide the moral world and political order by surrendering his passion to practical reason. West continued:

“A Palestinian baby has exactly the same status as a white baby in white Newtown, Connecticut, as a black baby on the east side of L.A., as a Jewish baby in Israel. Every human being is made in the image of God.”

West is certainly participating in reason here. America and much of the Western world would not have been in this sorry state of affairs had we not opened the Israeli floodgates in the Middle East.

We should applaud Harris for saying that Israel has been involved in a genocidal act, but why should we send billions upon billions of dollars every year to a country that will use the money for genocidal activity? How can Harris uphold these contradictory views while her head doesn’t explode?