[ Editor’s Note: It was a surprise to see some of Stoltenberg’s geopolitical comments on China, as US media has been carrying little NATO material, possibly due to the US political chaos sucking up the news oxygen.

Stoltenberg seems focused primarily on international economic relations, as NATO’s military power without the US is of no concern to China. He knows that the EU is not going to divert enough money from its domestic economy to affect what China will be able to do militarily.

The US and Brits showed their cards when deciding to target China’s modest military capacity, a creation of its full bore building of its domestic and international trade economy, which is something that, if the US had done, we might be living in the Garden of Eden, but the military hucksters won out.

The US aggressive ‘first strike’ China containment strategy was a wonderful long term gift, the kind they love the best, to our military industrial complex. It forced China to meet the threat by ramping up its navy and inconsequential airforce and nuclear force.

Then our spinmeisters pitched us with ‘Oh, look, China has become a serious threat’, (because it can better defend itself), ‘We have to spend more to defend ourselves’. The American public is supposed to swallow that line of crap despite, China being obviously no offensive threat of any consequence.

Americans seem to have accepted their designated slavery position by the military industrial complex, as it wisely structured itself to distribute its massive parts manufacturing facilities into each of the states.

This hooked them on the jobs created so they would never say no to military spending. And, so far it has worked like a dream. So who conned whom? … Jim W. Dean ] 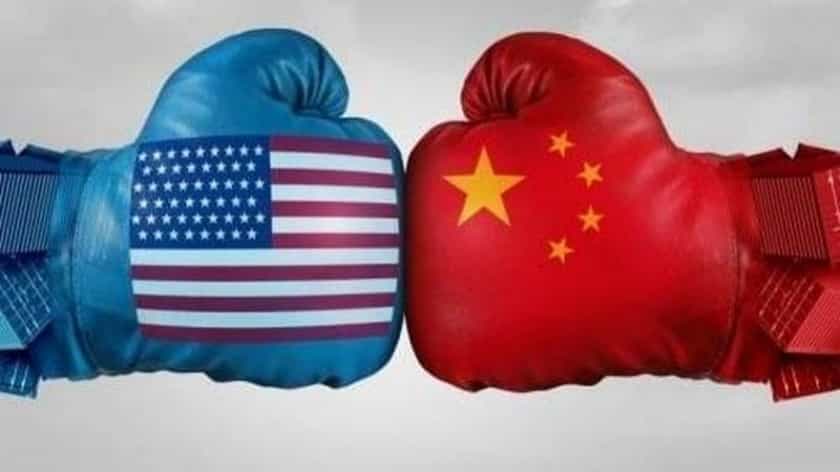 Jens Stoltenberg on why NATO is planning for more cooperation with China, not less

“We don’t regard China as an adversary or an enemy. We need to engage with China on important issues such as climate change — there’s no way to reduce emissions enough in the world without also including China.

We need to discuss arms control with China. So, we need to engage politically with China. At the same time, we see the rise of China. We see that China soon will have the biggest economy in the world. They already have the second largest defense budget. They have the largest navy already.

They are investing heavily in new modern capabilities, including nuclear capabilities. They are leading in the use of many new disruptive technologies, such as artificial intelligence — also integrating that into new very advanced weapons systems.

And we see a much more assertive China, for instance, in the South China Sea. All of this matters for our security and therefore NATO has to respond to that.” – Jens Stoltenberg, NATO Secretary General.”

”We have seen the demise of some very important arms control agreements over the last years, mainly because of violations by Russia — something called the INF Treaty, which banned all intermediate range weapon systems or missiles.”