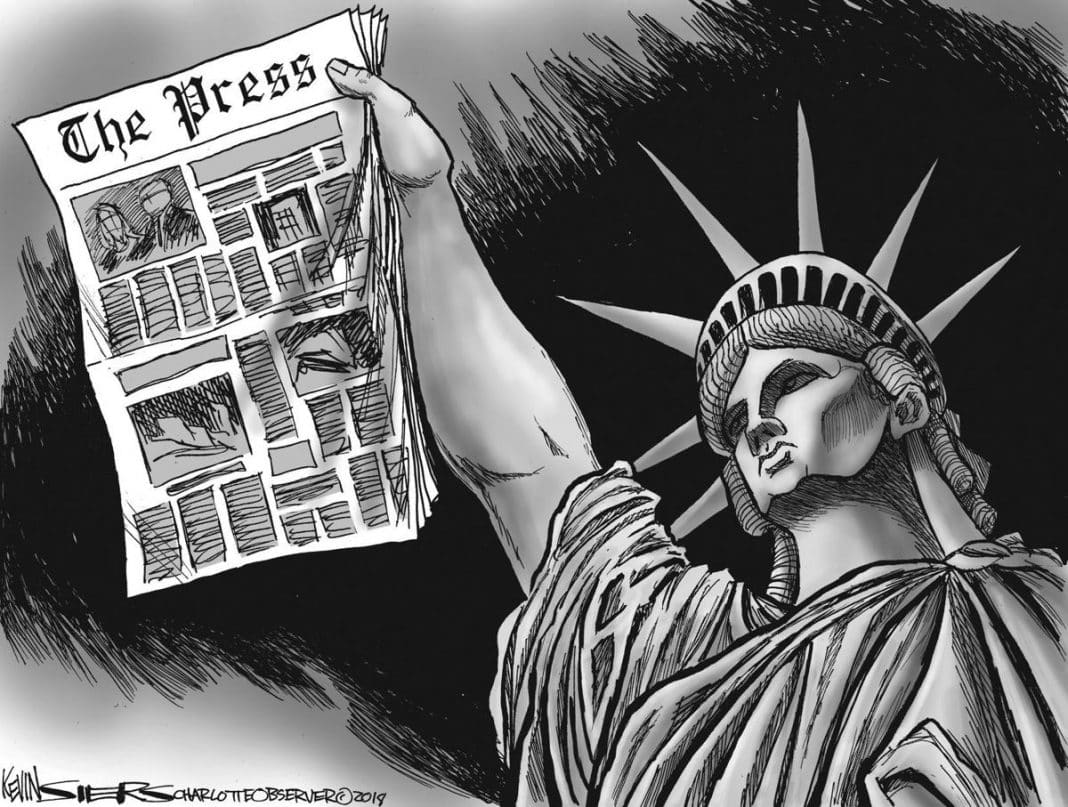 Here’s a fundamental question: should you be fired from your job for saying that people ought to be vaccinated? I think everyone should agree that you shouldn’t because you are expressing an opinion.

Let’s turn the table around: Should you be fired from your job for saying in public that you don’t want to be vaccinated? I think everyone should agree that you shouldn’t because you are expressing an opinion.

Now, wherein the Constitution or anywhere it actually states that people ought to be fired for expressing their opinions? “I disapprove of what you say, but I will defend to the death your right to say it.”

This quote is often attributed to Voltaire, and whether he said it or not is NOT the issue here. The crux of the matter is that people ought not to be fired from their position for expressing their own personal beliefs on issues that are vastly controversial. In fact, there are doctors, pharmacologists, immunologists, and people of various stripes who are fighting over the data.[1]

Sage Steele, an ESPN commentator, has recently been removed from her position for simply saying:

“I work for a company that mandates it and I had until September 30th to get it done or I’m out. I respect everyone’s decision, I really do, but to mandate it is sick and it’s scary to me in many ways. I just, I’m not surprised it got to this point, especially with Disney, I mean a global company like that.”

Steele also tweeted Orlando Magic’s Jonathan Isaac, who declared: “I believe it is your God-given right to decide if taking the vaccine is right for you! Period!”

Again, why is it that people are getting fired for saying things like this? The well-known meteorologist Karl Bohnak, who spent over three decades at an NBC affiliate in Michigan, was fired last month because she refused to take the vaccine. “It is my right to choose,” he said.[2] Bohnak expanded on this:

“Many of you have taken one of these injections, and that is absolutely your right. It is also my right to choose the medical options I feel are right for me. I have authority over my body.”

Numerous nurses have been fired from their jobs for not taking the vaccine.

Now, here is the dilemma: when it comes to abortion, people have the right to speak their minds saying that it is their body. But when it comes to taking the vaccine, your freedom is actually being taken away. You will lose your job; you probably will lose some friends. If that is not what George Orwell describes in his novel 1984, then what is?

SOURCEJonas Alexis
ATTENTION READERS
Due to the nature of independent content, VT cannot guarantee content validity.
We ask you to Read Our Content Policy so a clear comprehension of VT's independent non-censored media is understood and given its proper place in the world of news, opinion and media.